HomeCultureMilitaryThe Things That Brought Me Back 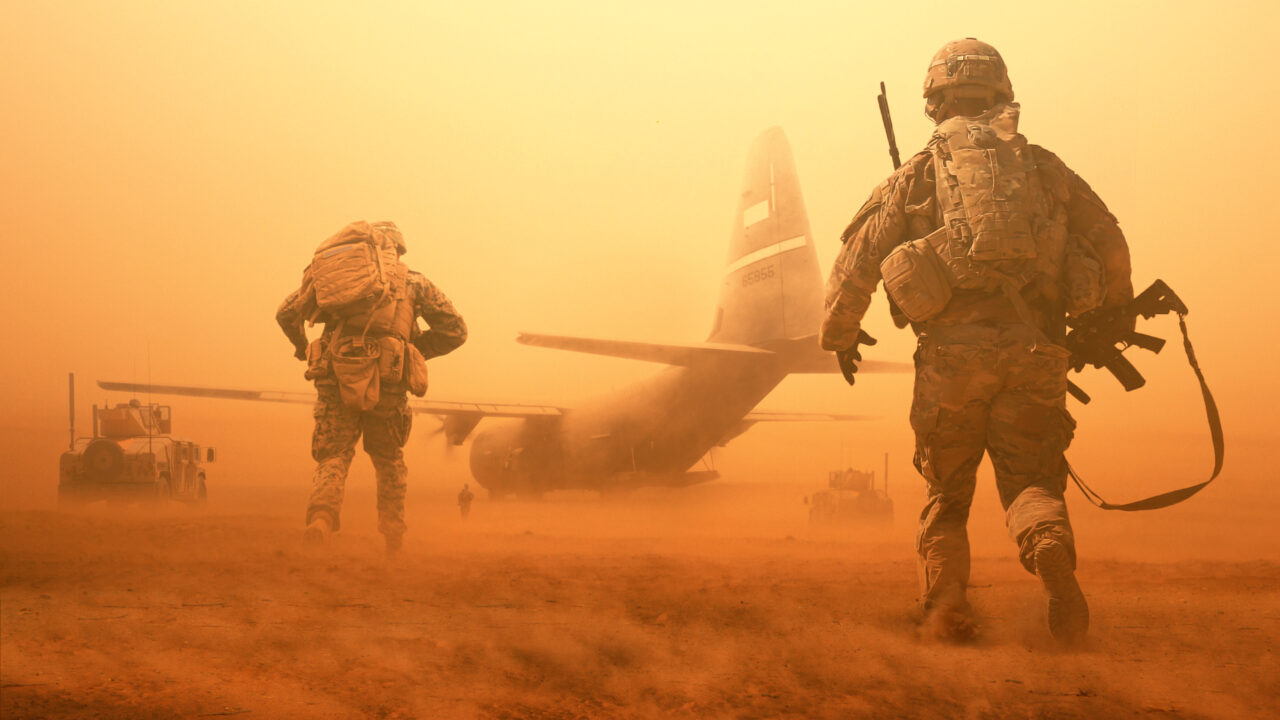 Once a year, The Havok Journal runs a piece called “The Things I Carried,” and a couple of folks will chime in and ask how Tyler Mac is doing.

Tyler Mac is back on active duty.

Nearly six years ago I was committed to my decision to leave the Army. I don’t regret leaving the Army, although it came with consequences (looking at you Distance Learning ILE). I assess my “Transition Dispatches” (1, 2, and 3) are still relevant. Civilian life was good; it brought me face to face with reality and humility. I felt inner peace about leaving because I had owned the process. I was not living in any form of serenity though, and I nearly imploded. The thing is, the implosion would have happened inside or outside of the Army. I’ve got no one to blame for that except myself.

My faith and the work therein brought me back to my values and illuminated what was important to me. My best memories are from the Army, my best friends are in the military, and my best work was in the Army. In leaving the Army, I discovered military service as my calling. I found this divine direction through a lot of therapy, a lot of prayers, and a lot of self-reflection. Acknowledging my feelings helped me see the way. More on that later.

Soon after I left the Army, one of my colleagues died. Standing at his memorial service, I felt sad for my friend, his family, our Army family. I also felt strange. A suit didn’t feel right, and I wished more than anything to have my green beret with me at that moment. Before I left the Army Mark had told, “Don’t worry sir, you’ll be back.” He never got to know how right he was.

Unfortunately, less than a year later one of my younger Soldiers died in his sleep. I saluted his photo at the front of the chapel, again in a suit instead of multi-cams with my beret. Being away from soldiers was not a good feeling. Another died of cancer as I returned to the active rolls. Shawn had also ribbed me on the day of my ETS: “Quitter” he said with a smile. “Go enjoy the good life.” I think about Mark, Caleb, and Shawn often. They gave everything they had to the Army and died in its service. They are missed by many.

My civilian employer was a great place to work. The people were great too. Both of my supervisors were veterans, and my office mate was a former Coast Guardsman so I had sounding boards about my transition. They let me take a vacation day to go see an NCO of mine graduate from his Master’s degree program at Fort Bragg. The training and learning directorate of the company was awesome. Most of the employees, whether they sought promotion or not, were driven, intelligent, and competent. The company made positive personal and professional impacts on my life.

Nevertheless, I struggled at work. I struggled with new systems, I struggled with machine process improvements, and I spent hours after working just trying to figure things out. I remember one night in my office at 8 pm, eye twitching, forehead pulsing, wondering if I was having a medical emergency. It was nothing of the sort; I was just struggling. I didn’t remember struggling like that in uniform, even in combat. Christ, what an awful feeling. My officemates were great and helped me when I asked. I made a conscious decision to learn and stick it out though. We got the process improvements for the project and I continued on.

I never tried to escape the Army or my affiliation with it. In fact, I joined the Army Reserve five months after my terminal leave date. That wasn’t part of my original plan, but a wise choice as it turns out. My initial intention was to ease my transition out and provide as much knowledge as I could as an observer-coach trainer. It ended up being my pathway back to active duty, although that was unintended.

As a Green Beret, I was an anomaly in the local Reserve unit. The pace was slow, and that was exactly what I had signed up for at the time. The unit was filled with good people, and the annual training (AT) as an OCT could be done anytime in the year. I saved my summer and took my first AT in January by going to the Middle East for a couple of weeks. I figured that would help out with work. It would not matter anyway because I was fired a month later.

My bad behavior cost me my marriage. My bad behavior and poor work performance got me fired from my job. My bad behavior nearly got me killed; life is precious, don’t squander it. I squander some goodwill for sure. To the mental health professionals, in and out of the military, thank you. Keep bringing your experience, strength, and hope to those of us who struggle.

Therapy also brought me back to the Army because I got sobriety and clarity. I was out of control and left so I wouldn’t embarrass myself or the service. I didn’t intend to go back into the Army full time though. Reserve duty became a means for me to work. I intended to bridge a couple of deployments together to buy time for a writing career to take form. The funny thing is, the more I wrote the more I discovered my best work, my favorite moments, my clearest times were in the Army. Even my 12-step sponsor was a retired Sergeant Major and Vietnam veteran. I had wanted to escape the Army; turns out God wouldn’t let me go that easily. As it turns out I was just escaping myself, or rather the unhealthy behavior I allowed.

Sobriety taught me many things but I’ll highlight two here. First, that I had left the Army in part because I felt I couldn’t lead soldiers anymore. Second, that I could reclaim my values, and serve with honor again. There was work to be done.

Throughout all of it, I took my Dad’s advice. “Write! Write! Write!” he had admonished me in a text message. I began writing for The Havok Journal. I went from zero articles to one, to just short of forty. I got to interview and write with other creative people, war heroes, gold star family members. They held space for me to express myself. They allowed me to help myself through helping others. If you want to write for them, I encourage it. We all need to create something for our community, and your story is important. Four journals came in empty and flew to the shelves full; number five is nearly there.

A lot of people are responsible for bringing me back. Two O-6s vouched for me, more than a few peers and senior NCOs mentored me, and the Special Forces branch manager accepted my “Call to Active Duty” application. Those people have my unending gratitude, and for the folks at Human Resources Command, thank you for pushing my application through. Military service is my profession for the foreseeable future.

The parable of the Prodigal Son is well known across Christian faiths. A young man requests his inheritance from his father early, squanders it all, and returns ashamed. Instead of being met with anger he is met with a feast and welcomed back into the fold. The comparisons were not lost of me as I hugged colleagues at Fort Bragg, and met my new teammates in Washington state. I knew I had squandered a lot of blessings and opportunities, but those didn’t matter anymore. I was back to work, beret on, and my teammates were glad to have me.

The resonance remained muted until I went to Confession at my local church. As I said the greeting, I mentioned, “It’s been 13 years since my last confession.” The hidden priest exclaimed, “Oh my! Well… welcome home my son!”

This first appeared in The Havok Journal on February 26, 2021.