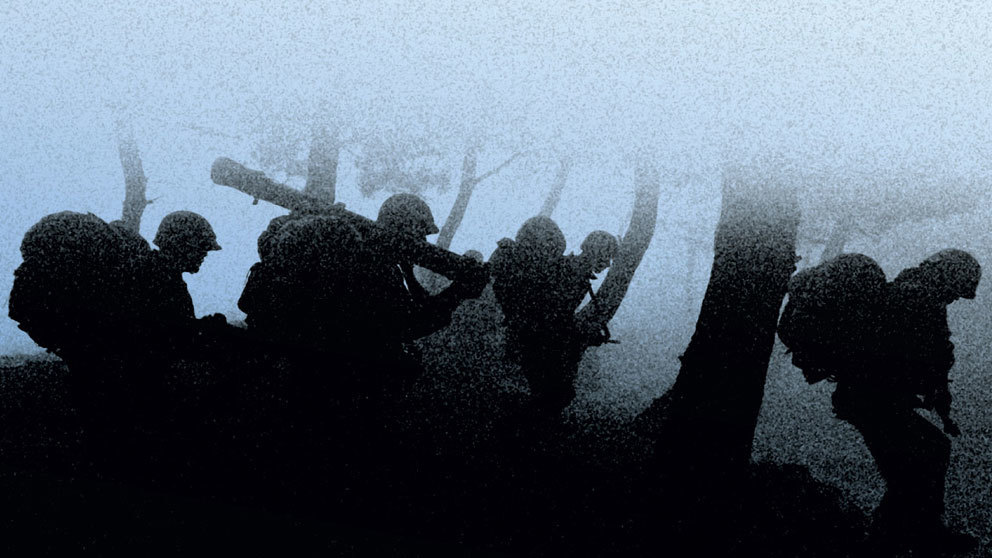 On October 2, 2015, I gave notice to my boss:  it’s time to do something different after ten and a half years in the Army. In the spirit of a writer from my Dad’s generation, I look back on the things I carried:

A great admiration for then-Captain Craig Whiteside, West Point TAC officer. Our cadet squad was shorthanded due to multiple injuries. He volunteered as a squad member on the final 24-hour eval. I was in awe of his example. I made a big decision that day: I would branch Infantry and try to be a good man like Craig Whiteside.

Pain when I told my parents I was failing out of West Point. The irony struck deeper when I learned my brother got accepted.

The relief when I got a reprieve from the Dean and the Commandant. Major Whiteside—yes, the same one from above—gave me the news. I never felt smaller than I did that day. He reminded me of my oath, and that I had a rare second chance. I gladly accepted the second chance. I repeated my sophomore year. I graduated. I never forgot the power of second chances.

Silver First Lieutenant bars given to me by COL Everett Spain at Trophy Point. A prince of a man and a bona fide hero, his lesson was to always operate at one rank higher.

A blue cord and crossed rifles. Colonel Ralph Puckett told us our job was to kill the enemies of our country. Don’t threaten me with a good time…

A SKEDCO litter, up Mt. Yonah, during Mountain Phase of Ranger School…twice.

My Ranger Handbook and a small service Bible.  Both are waterlogged, dog-eared, and have the covers missing.

A quote from Tommy Martin. He told a team leader to, “Get in line or I’ll put an E-tool through your fucking skull.” He earned a “Go,” and his Ranger tab with that one sentence.  Rest in peace Tommy. Goonies never say die! Rangers Lead the Way! I hate losing friends.

A journal and a fountain pen. I stopped letting other people write in it after I realized Johnny Craver and Nick Loudon signed it on the flight to Iraq. They were not on the flight home. I hate losing friends.

The dream of every Second Lieutenant: taking over a platoon in combat, with an 18-year veteran Master Gunner platoon sergeant who cut his teeth in Desert Storm. I lived it.

A dying man to a MEDEVAC bird during my first firefight on August 17, 2006. Four hours, one contractor killed, one contractor wounded, and three Army Commendation Medals for Valor when all was said and done. I felt exhausted, hungry, and angry.

Cigarettes. After that first firefight, I chain-smoked for the rest of the trip.

Rip-Its® to stay awake on watch. This stuff tastes better in Iraq than it does at home, much like the infamous blueberry pancakes at Mountain Phase of Ranger School.

A list of stupid antics from “Super Troopers” to try during vehicle checkpoint ops looking for the infamous white corolla or blue bongo truck. Soldiers get creative to kill boredom, I can’t make this stuff up.

Dairy creamer from the chow hall for the dairy creamer challenge. I say again, soldiers get creative to kill boredom, I can’t make this stuff up.

A ready supply of “Forrest Gump” ice cream jokes for our youngest Soldier, affectionately nicknamed “Rabbit,” after he took IED shrapnel to the rear-end. It took over a year for his Purple Heart paperwork to get approved though. I’m not sure if the Army has gotten better about that.

A mental image of a Special Forces Operational Detachment-Alpha (SFODA, ODA, or simply an SF team) from 19th Special Forces Group (Airborne) rolling out with Hillah SWAT on Iraqi trucks. I made another big decision that day: to join the Green Berets.

A Combat Infantryman’s Badge, broken when my platoon sergeant pounded it into my chest with one swing. My proudest moment at 23 years old.

The smell of burning human waste and mo-gas. You never forget it.

An American Flag star, given to me by the good folks at Bangor, Maine.  I am forever in your debt for welcoming me and my men home the right way.

The sinking feeling I got when I realized I had to pay for gas again.

Anxiety, as I frantically searched for my radio and weapon, only to realize I was home in my apartment, not in Iraq.

A mourning flower for a college roommate. Mike Cerrone was one of the reasons I didn’t quit West Point. I can still hear the roar of his old-school Pontiac GTO. I found out he was killed the day I left Iraq.  Four days later I was at his funeral. Rest, refit, and recuperation my ass, I wanted revenge.  I hate losing friends.

More anxiety when I learned my brother was going to be an Explosive Ordnance Disposal tech. And I thought I did dangerous stuff…

A lot of heavy stuff at Special Forces Assessment and Selection (SFAS). I don’t care if you went for 14, 19, or 21 days, it sucked for all involved and you never forget it. It is truly where the brotherhood begins.

A rucksack, two duffels bags, and just enough cash to take a cab back to Fort Carson, CO when I redeployed from my second Iraq trip.  No marriage, no house, no car, no phone.  Now I know how a single soldier with no available family feels during the grandiose re-deployment ceremonies.  I’ve never felt more alone.  The Army would do well to remember that not everyone has a mom, dad, sibling, or spouse to greet them at every turn.  The Army is designed for families…perhaps, the Army is too designed for families.

Mental strength at SERE. The most professional Army school I ever attended. Also, the reason why I will never go hungry again.

The coveted Green Beret, the SF tab, and the SF unit patch.  I will continue to earn those for life.  As we say, “You are assessed and selected daily.”  The Yarborough Knife is great too.

A Spartan Blades Horkos bought by my girlfriend on the day I graduated the SF course.  She’s now my wife and I’ll let you guess what moment solidified that decision for me.

An exciting feeling on December 18, 2012, my ODA’s first firefight. “I can’t get my head up Captain. Standby. Clearing the bunker with grenades. Frag out!” I have never been so proud of my teammates.

My Team Sergeant’s gear at the helipad going to the MEDEVAC bird. My Team Sergeant made it home to his family two days before Christmas and fully recovered. Silver linings…

My helmet, which I promptly threw against the wall after my Team Sergeant was shot. I cracked the NVG mount.

Mail and care packages brought to the firebase by an SF mentor. The team was skeptical about having a Lieutenant Colonel around during Christmas, but he earned their trust when he met us at the trucks during a no-notice roll out, rifle and kit in hand. I still don’t know how he got ahold of our mail. Good on ya, Sir.  You earned your promotion to Colonel through good deeds.

A photo of the entire ODA in ugly Christmas sweaters sent by my brother.  Epic win.