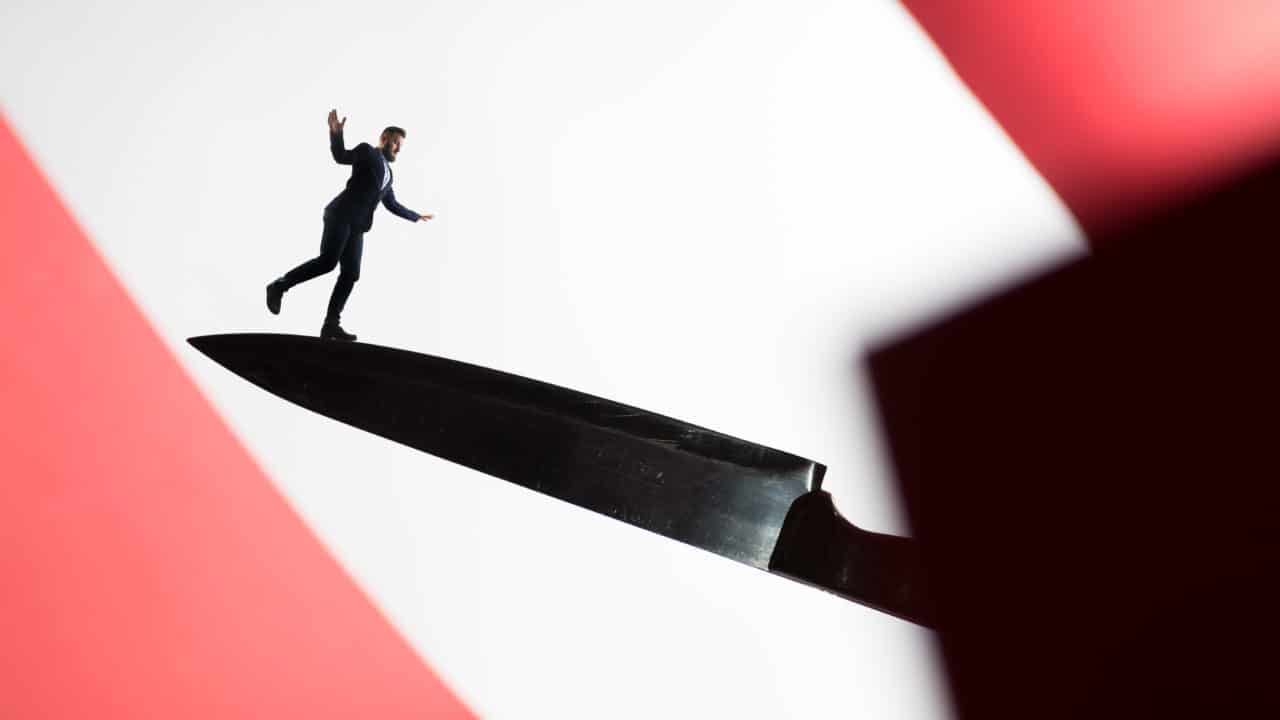 This first appeared in the Havok Journal August 11, 2014. How prophetic were / are Scott’s words? Judge for yourself.

“Today, there are 41 Islamic terrorist groups spread out in 24 countries. A lot of these groups have the intention to attack Western interests, to include Western embassies and in some cases Western countries. Some have both the intention and some capability to attack the United States homeland.”
—former director of the Defense Intelligence Agency, Lt. Gen. Michael Flynn.

Our nation, and our way of life, is at a crucial point today. We are riding the razors edge trying to maintain the legacy of the past that we imagine is ours and the unpalatable future where the world is immersed in war.

Unlike the Cold War, we don’t have one enemy; we have many. Each and every one of them has its own ideology, goals, support base, and methods.

The main thing we see today is a world that is far more violent than the one we remember from prior to 9/11. The methods in particular have gotten more vicious and all it takes is to see what ISIS has done to confirm that. 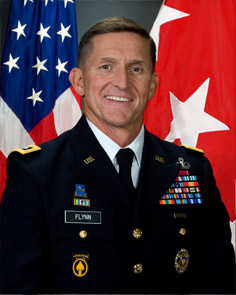 We face a situation where for the first time since the Cold War, the proxies being supported by one group or the other could end up lighting the match to a conflagration that involves the entire world.

Who fired the missile in Ukraine that downed the Malaysian Airliner? The evidence points to a Russian separatist but they were equipped and presumably trained by the Russians. A minor group in a relatively unimportant conflict could drag the world kicking and screaming into World War III because they used the weapons they have indiscriminately.

On the surface all of these conflicts are minor and regional. Syria, Iraq, Israel, Egypt, Ukraine, and others are all local affairs that have the potential to flare brighter and hotter.

Syria has already seen the use of chemical weapons. People wonder why there is such concern when thousands are dying by more mundane weapons. The answer is that it takes a small amount of chemical to kill thousands whereas one bullet will usually only kill one person. A bullet requires a gun, a chemical weapon is a self deliverable device. It is about fear.

All these terror groups have several links for all that they have different identities. They all hate the United States, they are formed around Islamic fundamental extremists, they are willing to use any tactic to get what they want, and they are all on the hunt for weapons of mass destruction.

The problem is compounded by our nations desire to stick our head in the sand and try and forget war. As a warrior, I can tell you that forgetting is not an option and the weaker we make ourselves the thinner that knife’s edge we walk becomes.

We cannot go back to the past. Part of the problem with the groups we face is that the decisions of Western powers in the past were made without understanding the tribal nature of the peoples in the Middle East in the first place.

The nations created after the end of WWI broke the cohesive nature of the areas the Ottomans ruled and in so doing, bred a festering hate that is coming to a boil today.

We have seen only the beginning of the violence. The worst is yet to come.

We have an economy that is very near depression levels; debt that is out of control, and elected representatives that have created such a divisive Congress and Senate that nothing worthwhile can be done. Our southern border is overrun with illegal immigrants who bring nothing but poverty, disease, and crime with them and many of our citizens refuse to recognize the dangers that they represent.

With each passing day we face a misstep that could lead to war and the news of the world show no signs of hope.

The President is getting us involved in Iraq again with airstrikes but he does not seem to understand that ISIS will not be defeated by airstrikes alone. But the people don’t want to put troops back into harm’s way. They are tired of war and truthfully the budget could not take it.

We are like a poor family who spends money on the perception of wealth because they don’t have the substance of it.

China sits patiently as we spend and ask for more. What happens when they call those bonds due? What little recovery the jobs market has made and stocks could be broken in an instant. We still have not recovered our national credit rating and there is no current expectation that we will.

American currency continues to lose ground against European currency and yet gain ground on the Chinese Yuan. The only reason I can imagine for this is that the Chinese intend, at a moment when it will gain them the most advantage, to reverse the trend and crush the dollar.

But then again Japan could do it or even Brazil. It is not so much a question of amount called in because the simple fact would be that we could not pay it. 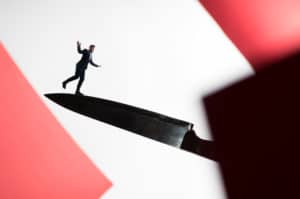 The economy, European crisis, the Middle East, and Africa all of these are what make up the razors edge our nation walks.

A major terrorist attack could affect several different points. The key is perception. The American government is already seen as weak, Putin does what he wants and no mere sanctions are going to stop him. He has no respect for Obama; therefore he has no reason to ameliorate his actions.

When Syria first flared up, we should have let the Russians deal with their allies and moderate the situation. In the end, even if every Syrian on the planet died, it would have zero effect on the U.S.

But Obama made his infamous ‘Red Line’ and then when it was crossed did nothing. Weakness of resolve to even follow through on a publicly stated promise of action and now other groups are further emboldened to action.

There is no easy solution to this but one thing is certain, we cannot balance on the knife’s edge forever. We face a choice, keep moving and try to stay balanced, or jump off and accelerate the process that is almost inevitable.

We need to return to 1941 where very nearly every American was behind the war and then we need to cut deeply into budgets and funnel the money into defense. We need troops on our southern border to stop the immigration crisis, we need to regain control of both sides of the border and prevent the criminal elements from gaining more ground.

We must send our military back into harm’s way and this time we need to stop worrying about hearts and minds and start smashing anyone who does not cooperate. This belligerent attitude is not going to do anything but speed up what is already coming so there is no valid reason for restraint. The time for shock and awe is over; it is time to bounce the rubble.

If we wait, we risk having to react to our enemies instead of having them react to us. We risk them making a big score that causes damage and major loss of life. We risk hundreds of attacks similar to Boston. To defend our strategic stance, we need to be tactically offensive.

One thing is certain, if we step off the edge, the only peace we will find will be the peace of the grave, ours or theirs.

I don’t have access to all the things that Lt. Gen. Michael Flynn had but I can tell you this; if he is concerned, you should be terrified.

This first appeared in the Havok Journal August 11, 2014.