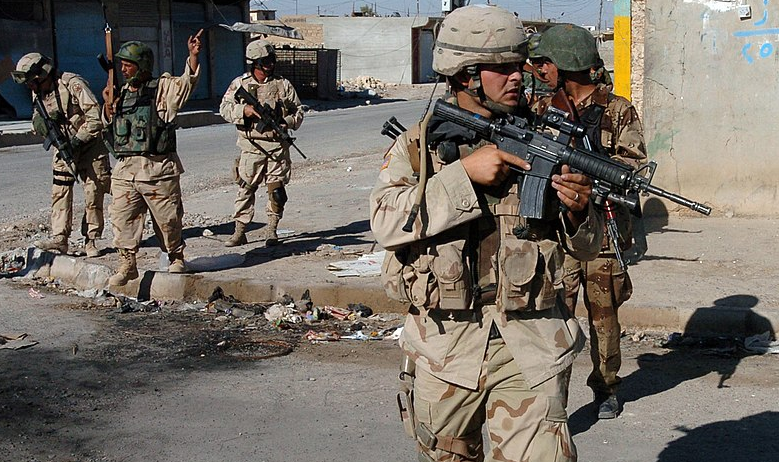 When you listen to the National Anthem, do you get tingles that run up your spine? When you see someone in need, do you help? Is there something deep in your core? For us, who raised our right hand and swore the oath, we believe in the oath, and that it is worth dying for:

I remember making that oath. I remember heading off to boot camp, and the pride felt when I graduated. That oath represented who I was, not just as an American but as a human being. Some people are born with a moral compass. Most need religion or a law to tell them right from wrong. There is a popular Spartan story and it goes like this:

An old man was looking for a seat at the Olympic games. The crowd
Was clearly annoyed by the old man until a Spartan offered his seat.
The crowd applauded and the old man turned to them and said
“All Greeks know what is right, but only Spartans do it.”

The above story illustrates my point. Some are born with a moral compass to do what is right. Others may know the right thing to do but will not do it. How many times have you seen “viral” videos of people in distress? It never ceases to amaze me, in this modern time, what people will do to get their 5 minutes of fame.

As a cop, I made a similar oath, nearly the same one as I did in the military. Below is an example of an oath a Law Enforcement officer takes.

On my honor, I will never
betray my badge, my integrity,
my character or the public trust.
I will always have the courage to hold
myself and others accountable for our actions.
I will always uphold the constitution,
my community and the agency I serve.

Those of us who take this oath to heart, acknowledge that it never expires as long as we live. Even off duty, some of us see things, notice things out of the ordinary. There are some, in the profession, who once told me, “I’M NOT REQUIRED TO ACT.” I couldn’t believe what I heard. I responded, “YOU’RE A COP.” We argued for a little while and I realized that some people are just there to collect a check and work overtime. This is a very small percentage of cops in the business, but it is sad this behavior is allowed. It forced me to question the oath that this officer made. It tells me that they don’t believe in it.

A couple of years ago I was on vacation and noticed some commotion as my family and I made our way to a rented condo. I noticed a man at the driver’s side window of another car. I asked if everything was ok. The man, we’ll call him “Mr. Smith”, told me that the individual in the car was driving drunk, collided with several guard rails on the highway, and was continuing to try to drive. Mr. Smith explained that he had already called the police and they were on their way.

I motioned for my family to go into the condo while I dealt with the situation. I wanted them gone for their safety. I went over to Mr. Smith and started to talk to the drunk driver, we will call him “Mr. Drunk.” I had “Mr. Drunk” step out of his car, he was clearly trashed. Multiple bottles of booze and a few cans of beer were in the car. I turned off his car’s engine. Mr. Drunk was bigger than me. At one point he started to size me up. I immediately called him out on it, and he backed down. The police came and arrested Mr. Drunk. Let’s say I didn’t care and that it wasn’t my problem. If I left the situation alone and Mr. Drunk drove away, he would have eventually killed an innocent person.

I share this story to illustrate that some of us are never off duty. Our oath is part of our core beliefs. It is a part of who we are. You see them every day. How many videos are out there showing off-duty cops, firemen, veterans, active-duty soldiers, Marines, and others springing into action without any hesitation. They are among the best in our society because of what their core beliefs are. It’s not just an oath to them. It is a way of life.