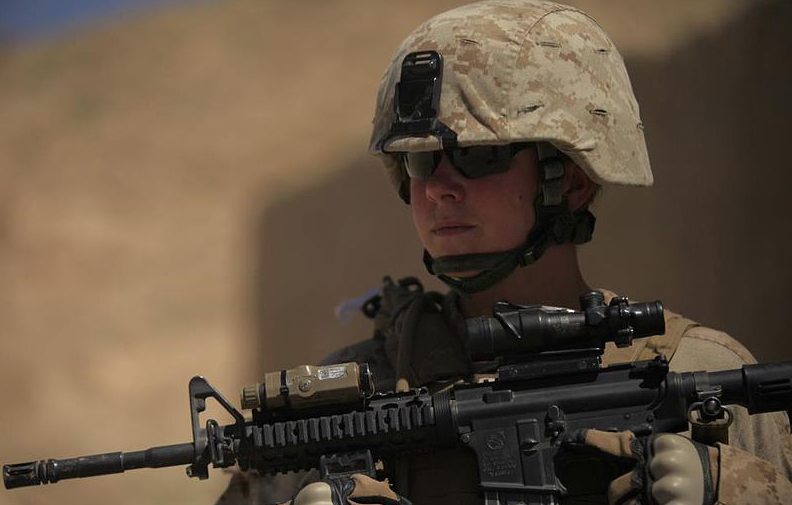 The ‘drums of war’ resound inside of me.

The drum is my heart, and it signals the direction I take- Like assemble, advance or retreat.

The drum speaks without words, but I understand and follow where it leads, dutifully marching to the beat as the military taught me.

Over the years, the drum has synchronized with my civilian life to take command of my physical and mental well-being.

However, it is particularly fond of targeting my memories and feelings of the Middle East.

When the ‘drums of war’ focus on that topic, the notes it plays are unique and powerful enough to affect my sleep

When that happens, I lie tense and alert, waiting for the sounds of gunfire and the smell of goat manure, among other things, to dissipate into the foggy dreamscape of my mind’s eye and for reality to take their place.

Thankfully, that particular drum solo has lessened in frequency and intensity after years of talk therapy.

Sometimes the drum cadence feels slow and lamentable, even though the rhythm of my heartbeat doesn’t truly change.

Regardless, I can feel the instrument’s weight sitting heavy in my chest as I watch the news and mourn for the U.S. military forces & the innocent people of Afghanistan while dreading what comes next.

Sometimes the thunderous BOOM! BOOM! BOOM! of the drum collides with the sudden sharp clanging of cymbals in my ears.

The dissonance of sound temporarily drowns out all my other senses until I can force myself to turn down the volume or breathe through the cacophony, negatively affecting my hearing.

Brought on by rage, I have to take a second to think past the noise in my head before lashing out at rude people on the internet for cruelly mocking the Afghans and acting like the whole country is deserving of its current subjugated position.

Sometimes, the bada-bada-bada-bada rhythm of the drum picks up speed with excitement. It fills me with purpose and causes me to want to stand and start moving in a specific direction, like alongside the women in Kabul that I saw marching down the street on the screen in Taliban-controlled territory.

Their bravery in the face of almost certain death made the drum beneath my ribs beat wildly. While their screams of “Our flag is our identity” and other slogans motivated the drum to continue to tap out a contemplative tune long after the news report of the protest ended.

The drum beats for Afghan women’s rights and the return of their freedoms because no country in the 21st century should have to worry about its culture being erased and forgotten beneath the oppressive rules of religious extremists.

I am an American and a female combat veteran too. As such, my feelings about Afghanistan aren’t easy to wade through. Even so, that country and its people matter to me, despite my love/hate relationship with my memories.

Afghanistan is part of my Lifelong journey because of its contribution to my growth and development. When I came home from deployment in my early 20’s, I was different.

A piece of that war-torn country had hitched a ride stateside and made a home inside my heart and mind. There was no way to evict it, so I learned how to live with it, this new roommate of mine, as the years went by.

So, when I hear the drums of war sounding out from my roomie’s sisters from across the sea, mine beats in tandem, amplifying their call for help and begging the world not to turn a blind eye to the atrocities the terrorists are committing against them and their families.

Politicians, lawmakers, and heads of state can refuse to acknowledge what is happening in the Middle East. That’s their prerogative if they please.

However, I hope the din from the ‘drums of war’ haunts them in their sleep. In accompaniment, the sounds of weeping Afghan women and children begging our indifferent leaders to do or say something in their defense, even if it is only to condemn the Taliban’s actions.

Don’t mistake the silence for consent.

Likewise, may the ‘drums of war’ in every American’s and Afghan’s chest ever beat their deafening clamor until honor and integrity return to geopolitics and the United States regains its dignity after such an embarrassing and traumatic defeat at the hands of our mutual enemy.

This first appeared in The Havok Journal on September 30, 2022.