HomeCultureMilitaryThe Day I Got Kicked Out of the Army 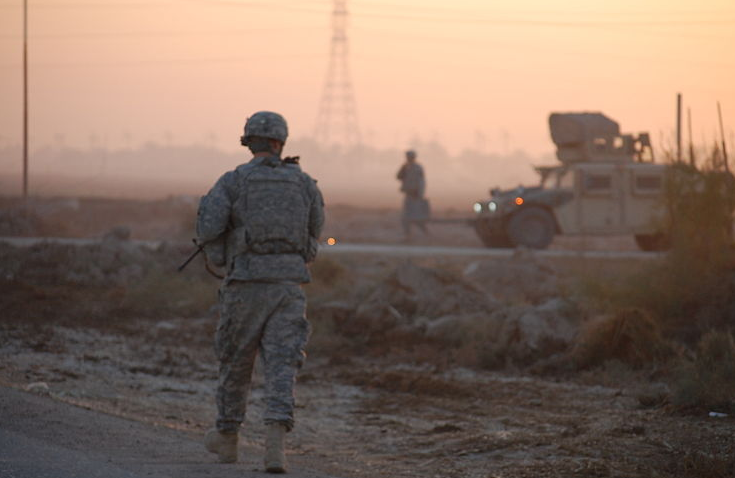 There is a part of me that will always, no matter what, think about the worst day of my life. Sure, picking up body parts of a fellow soldier after an IED strike was awful. Witnessing the horrors mankind inflicts upon itself during war is awful. Being a cop is always awful, the lifeless corpse of a child neglected by parents is awful. Despite all this, what was the worst day of my life? The day I got kicked out of the military like some piece of trash with a medical discharge.

This was in 2008. The unit I was a part of was ramping up to go to Iraq. This would have been my second deployment. There are always requirements to be completed at the unit level before any deployment. Some of the requirements involve medical, administrative, training, and so forth. Once the unit completes all these necessary tasks, they can deploy.

I was in Iraq in 2005. During my deployment, my gun truck was struck head-on by a civilian motor vehicle moving at a high rate of speed. I don’t remember much of that day. When the vehicle struck my truck, I was knocked out. When I regained consciousness, the interior of the truck was filled with smoke. I thought we’d been struck by an IED so I felt around to make sure I had all my limbs. I yelled out, “HEY DID WE GET HIT BY AN IED??”

My gunner yelled out, “NO, IT WAS A CAR.” I stepped out of the truck and secured the area while we waited for reinforcements to arrive. We weren’t in the best area. Eventually, we got back to the Forward Operating Base (FOB) and reported to the medics. I had a large bump on my head and some back pain. Typical for the Army, I got some Motrin and a “have a nice day.” In hindsight, even if they told me I needed a MEDEVAC to a hospital at one of our major bases, I would have refused. I would not leave my squad.

The next injury was a torn meniscus (MCL). That was my fault. Being the stupid young soldier that I was, I jumped out of the back of a 5-ton, with all my gear, and felt the pop when I landed. I should have dumped my gear and then jumped down. So, once again I reported to the medics. They checked my knee, I was in pain, and most likely had a torn MCL. If I required treatment, I’d have to leave and go to Germany. This NCO was not going anywhere. My response was “FUCK NO, GIVE ME SOME MOTRIN AND A KNEE WRAP.”

I finished off my deployment and came home. Over 40,000 miles of combat patrols, missions, etc. I felt every mile. I ended up getting knee surgery and then worked on my back. I had an MRI done on my back and found out that my L5 disc was touching my S1 nerve. It was extremely painful. I wanted to avoid surgery so I went with several treatment options.

During that time, I became a cop. I aced the police academy physical fitness standards. I knocked the Army PT test out of the park while undergoing treatment. During the police academy, I got a hairline fracture on my right foot. I had to wear a cast. For a week, I watched my fellow academy mates get smoked, running multiple miles every day. Against doctor orders, I took off my cast and ran 5 miles with my academy mates. One comment that was made by the drill instructors during graduation, “YOU’RE PROBABLY ONE OF THE MOST MOTIVATED GUYS I’VE EVER MET.”

I’d been a cop for about a year. My National Guard unit received orders to go back to Iraq in 2008. So, here we go again. It was time to go through the process of going to war. During the ramp-up, I went through medical and listed some of the medications I was on due to my back pain. A medic sergeant decided to question me further on one of the medications, which was a very mild pain killer. From one NCO to another, the Sgt questioned as to how I could handle a weapon while on the medication. I told the medic I was fine and also an active law enforcement officer. None of my medications inhibited my ability to perform.

The Sgt wasn’t having any of it. I was immediately recommended to go before a med board. I couldn’t believe it. So, I went through that whole process and was eventually discharged. I was angry and hurt at the same time. I wanted to deploy with my unit. The worst feeling was while in formation, my platoon already knew I was being discharged. A comment was made to me by them. “YOU’RE PROBABLY THE BEST NCO WE’VE EVER HAD.” It gave me as much pride for as much as it stung. I couldn’t deploy with my brothers-in-arms.

After that, I was overcome with depression, anger, and everything in between. I said to myself, “fuck it all.” A couple of years later, friends of mine, who were working at the HQ level asked why didn’t I reach out to them for help. They could’ve stopped the med board from kicking me out. My response was, why would I try to stay in an Army that would toss you aside in a heartbeat. I went to war, if the Army didn’t expect me to come back with a single injury then they were seriously disconnected from the realities of the soldiers on the ground.

In the end, I did not decide I wanted to get out. It was forced onto me. I was not prepared to leave yet. I wanted to deploy, not because I love war, but the love for my brothers. I wanted to deploy because of the brand-new privates in the unit. I wanted to make sure they got the best training to prepare them for what they were about to have to do. That was the worst day of my life. The day I got kicked out of the Army.

The day I couldn’t be there with my guys.

This first appeared in The Havok Journal on April 9, 2021.

For years, Ayman has seen the trend in lack of training policing. Whether it’s budget cuts, political enemies, or ineffective policy, Ayman has made it his mission to bring innovation, unconventional policing methods, and to have those tough conversations and instructions to assist law enforcement to better relate with and advise communities.