HomeCultureMilitarySupport Pukes Save Lives Behind the Scenes 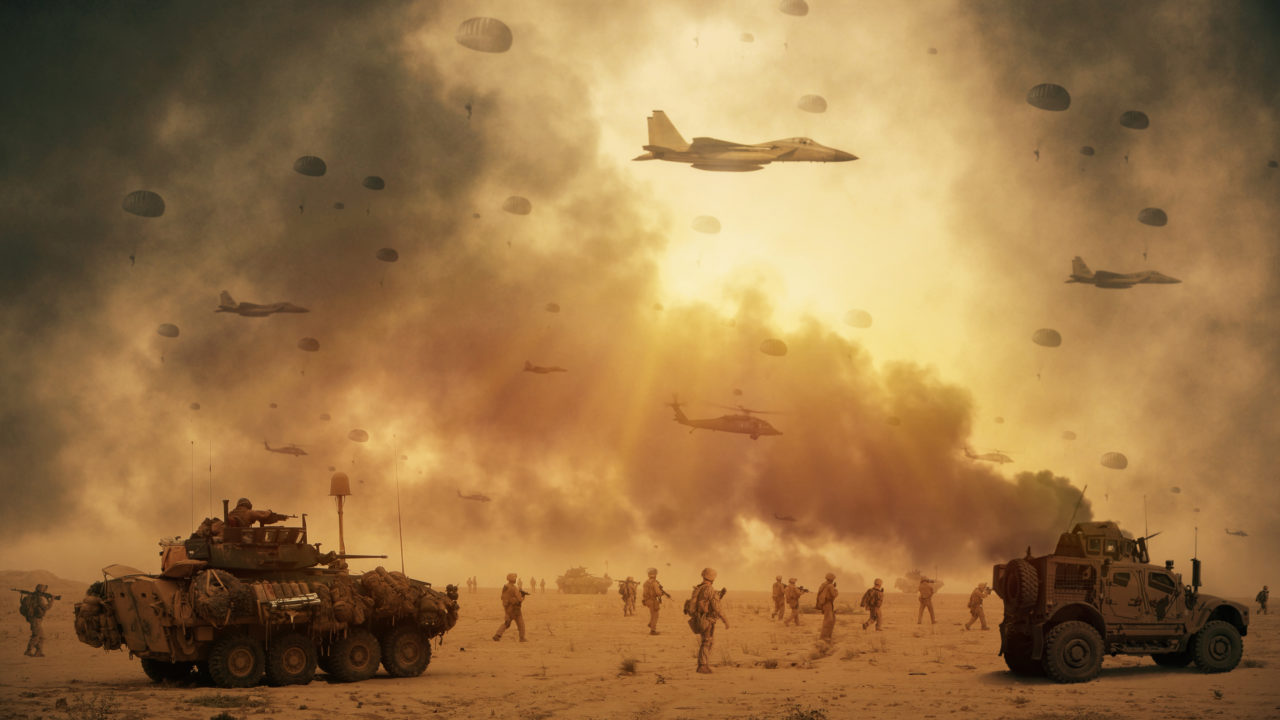 I believe some of us have walked some of the same streets, fire breaks, and drop zones before or even decades after I saw Mother Bragg in the rearview mirror for the last time in late 1994. After High School I did a hitch in the Marines, before trying college to become Special Ed teacher; but college was just too, too boring. There was only one sensible thing to do other than go through Marine Boot (again – it was 1978) and from Sgt to PFC.

So ‘Poof’ – I am a MidEast Analyst for the 82nd Airborne Division. As an early ‘training opportunity’ I am to brief a Special Forces ODA (A Team) on the MidEast before they deploy ‘somewhere’. Some of the MI NCOs warned me that the Team Sergeant only spoke English as a third or fourth language and is a bit on the crazy side and unpredictable. The Team Sergeant was his normal irascible self in the briefing culminating in throwing a ceramic coffee cup directly at my head to try and rattle me. I caught it, put it on the lectern, and stated that I did not need coffee at that moment.

The Team Sergeant sat down and shut up. Afterward, he came up and told me it was one of the best briefs he had seen. This was no small feat as he was known to devastate junior briefers. Eventually I ‘went down the street’ for some line Battalion time. After a few months in the 1st Battalion, 505th Infantry, Alpha Company prepared for a training deployment to Italy. This was shortly after Brigadier General Dozier had been kidnapped by the Italian terrorist group ‘The Red Brigade’. It was my responsibility to brief the Company on possible threats, the political situation, individual, and small group level counter terrorist actions they could take to protect themselves while in Italy.

The Company Commander said it was the best brief he had ever received. In the months that followed I gave countless briefings and responses to ad hoc questions as the Bn Intelligence Sergeant before the 1/505th deployed to Sinai in 1982 as the first U.S. Battalion to the Sinai Multinational Force and Observers.

During the prep, there were serious questions from the State Department about my actions ensuring the Battalion had the maps that required for deployment. After a few days, those questions subsided. Most importantly though, the Battalion brought everyone home without major injury. Subsequent units that deployed did not fare as well.

The next year I was part of the planning effort for Operation Urgent Fury in Grenada. On the second night after the invasion, the Delta Force S2 visited the XVIIIth Airborne Corps All Source, where I was working while awaiting my flight down. When he gave me his battle map to examine, my assessment made the senior officers go pale. I told the Delta S2 and other officers this was the fifth map in my possession (or that I knew of) with a different grid system than the others.

There had been multiple instances of blue-on-blue artillery and airstrikes that could not be explained until then. That was the first time I drafted a ‘FLASH’ precedence message, warning all commands of the ongoing imbroglio. In 1984 at the Ranger Regiment S2 I carried the Top Secret+ Black Book to the Regimental Commander and Senior Staff officers weekly. I spent more time with the Commanders than most NCOs in an effort to prevent their worst nightmares from coming true.

Standing up the Regiment Headquarters was an education. A few years later, after graduating from the Post Graduate Intelligence Program at DIA, I found myself in a Special Forces cell at XVIIIth Airborne Corps headquarters in Desert Shield. On my first day, I went into the Corps G3 Plans to see what wonderful epiphanies and really good ideas might translate into a tasking for Special Forces.

When looking at their high-speed, low drag SitMap a Major approached me and spouted a line of bullshit on Iraqi vs U.S. capabilities. I respectfully disagreed with what he said, and this lead to our voices ratcheting up. Suddenly he stopped and turned to the room, saying: “You need to listen to this NCO he KNOWs what he is talking about.” He then turned back to me and said: “I was the Iraqi Desk Officer for DIA before this assignment.” That gives one a certain amount of credibility (no pressure).

The night Desert Storm kicked off, I was on the night shift. Before the air war officially kicked off the Corps Plans officer and the Deputy Corps Commander entered the tent. They told my LtCol, the Majors, and Captains (including my direct boss) they wanted to talk to me now, not them. (Yet another in a long string of ‘WTF did I do now’ moments.)

The Plans Colonel asks “SFC Wells, what do you think is going to happen?” I began the standard Intell Weenie spiel and was stopped. “We know all that; what DO YOU Think?”

So, taking a deep breath (for yet another round of Bet Your Stripes) “Sir, it’s going to go one of two ways, really bad or really good. Iraq has a large Army, but their leadership has been decimated in purges because Uncle Saddam saw them as a threat. Their training and maintenance are poor, except in the Republican Guard. Sure, they fought the Iranians a couple of years ago but were stopped by their human wave attacks and had to resort to gas. They have never been able to advance for more than 50 kilometers before an attack stalls. They were stopped at the Wadi Al-Bitin and Khafji a few days ago. I really don’t think they have a realistic concept of the actual combat power coming at them combined with the incredible intelligence picture we have of them. It is not going to be a cakewalk, there will be some major fights, and we are going to lose people. I believe in the end this coalition plan will go well.”

My LTC and the other officers looked at me with silver dollar eyes as DCC and Plans O left. (‘OK SFC Wells who the fuck do they think you are?’) A few weeks later I was briefing a Special Forces recon team that we were about to be sent out again. They had been pulled out of their first insertion when it was compromised. Before the brief started a Staff Sergeant in the Team stood up saying ‘SFC Wells, you may not remember me, I was a Specialist 4 in the Combat Support Company of the 1/505th when we went to Sinai. Guys, we can trust what he says, he’s the best analyst I’ve ever met.”

Then just a few months ago when entering a fray on FaceBook about Military Intelligence, a retired Aviation CWO pipes in “I would and have trusted him with my life on what he says”. (But will he trust me around his beer, probably not.) I still wake up at night in a sweat over those episodes.

We might be support pukes but establishing a reputation of taking care of the troops, studying, hell making your specialty a hobby, pays priceless dividends. I value these memories more than anything that could be pinned on my chest.

Carl retired after 22 years of combined Marine Corps and Army service. He is currently in a 2nd retirement after working IT in the private sector and the Department of Veterans Affairs. Until the COVID-19 Pandemic, he was a substitute teacher in several local middle and high schools specializing in Special Education and Alternative schools–which he found incredibly similar to dealing with officers and being a Section Sergeant.