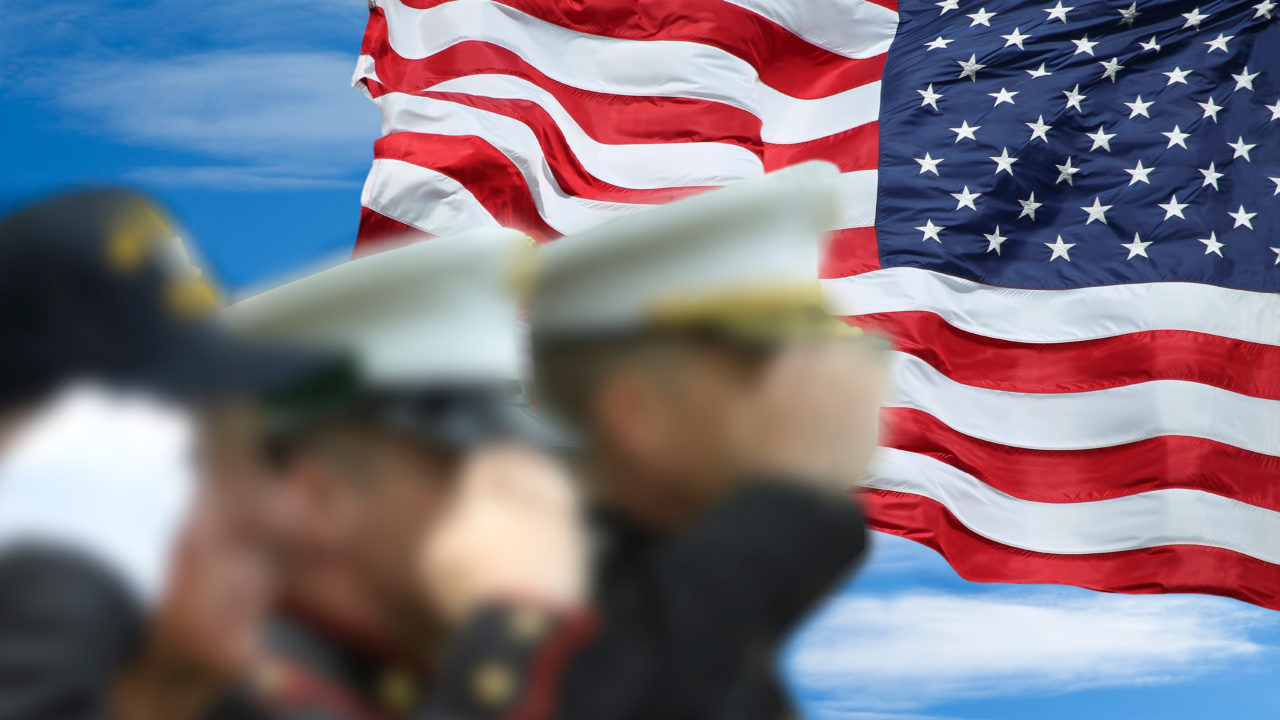 A jumble of thoughts and emotions has been pinballing off the edges of my mind as we approach the loss of Afghanistan at the 20-year milestone of 9-11. But the one thought that resonates came from the pen of Robert J Kaplan, who wrote an article in The May 2006 Atlantic Magazine, titled “Colonel Cross of The Gurkhas.” Kaplan trekked to the remote town of Pokhara, Nepal to speak to John Phillip Cross, an 80-year-old retired Gurkha Colonel and decades-long veteran of the British Army. Colonel Cross’s service in World War II was his first and last conventional fight. Subsequently, he fought in multiple irregular guerilla wars across Asia in similar circumstances to our battles over the last decades.

The critical quotation from Colonel Cross speaks volumes about our handling of the war in Afghanistan. He said, “Late-nineteenth-century warfare never stopped… though it was masked for a time by the Cold War emphasis on atomic bombs. And in this type of warfare that you Americans must master, only two things count: the mystic dimension of service and the sanctity of an oath. It’s about the giving of one’s best when the audience is of the smallest.”

In Afghanistan, we never mastered that type of warfare. Consumed by the supported-supporting paradigm of exotic and expensive weapons systems, our top military and civilian planners neglected to understand the most important element in the fight–the hearts and minds of our enemies. We faced an enemy who unabashedly believes that God is on their side. How else can you explain the reason why a Chechen is fighting barefoot on the freezing snow-covered summit of an 11,000-foot mountain? As a consequence of their beliefs our enemy’s view of the conflict is as an infinite game; a fight that is literally in the hands of God and has no third out in the bottom of the ninth or a game clock ticking to zero. No rules, no referees. Twenty years is nothing to someone struggling to achieve a victory for their God. Our moral character was challenged and tested. We blinked.

After the spectacular victory in the fall of 2001, the stupidity began to grow. We forgot the admonition of one of the Special Forces ground commanders working with the Northern Alliance, who said, “Brains before bullets. Outthink ‘em so you don’t have to outshoot ‘em.” We tried to turn a successful unconventional fight into a conventional war. We set up FOBs at the bottom of a steep valley with undefended ridgelines above. We tried to get rid of opium production and pissed off all the farmers turning them into enemies. Normal planning for a successful outcome in any civilian or military operation begins with drawing up the end state. There was none. We were going in two-year election cycle circles. We did things that a 15-year-old playing Call of Duty wouldn’t do. And even worse the people responsible for our success started not telling the truth. A lack of transparency and truth ends up with a lack of congruence between words and deeds. At that point, the most critical bonds between the people in the Beltway, the warriors in the field, and the American people are cut. It is trust.

I know leadership. It is a field that I have spent decades studying in careful scholarship and practice. In the past decade, we have suffered from a colossal failure of leadership. One of my personal and professional mentors, a championship college and NFL coach said at a coaching clinic; “We need more thumb pointers, not finger pointers…” Our country is being run by finger pointers. No one takes any personal accountability for any of the events on the ground in Afghanistan. No one is responsible, and no one gets fired. 20 years ago Rudy Giuliani triumphantly managed one of the most massive and successful recovery efforts in American history. His mantra was, “Everyone is accountable all of the time.” In the airlift just seen on national television, the opposite seemed to be true.

The most enraging incident occurred over the last weekend in August. Americans with proper credentials and private transport were left outside the gates, and the generals who could have let them in looked the other way. It is the most shameful thing I have ever seen. It rivals, and in some ways surpasses, the nomadic voyage of the MS St. Louis, which carried 900 Jewish refugees from Nazi Germany that was turned away from U.S. seaports in 1939. Former Delta Operator Robert “Rat” Trivino’s general orders for leaders state, “Always Choose the Hard Right Over The Easy Wrong.” The generals chose the easy wrong.

The character and intentions of our enemy, as well as the general Afghan populace, were either misunderstood or arrogantly dismissed. That is a failure of Sun Tzu 101. I have never been to Afghanistan. I don’t speak Pashto, Dari, or Urdu. But just reading a few books provides enough knowledge of Afghanistan’s people and its warriors to see how massive our screw-ups were. The armies of Macedon, Britain, and the Soviet Union were all ultimately impaled by a culture of tribes led by warlords. Anthropologist and professor Lincoln Keiser lived successfully among violent street gangs in US cities. He lasted just 7 months in a Pashtun village before he fled for his life with a Badal on his head. His book was presciently titled, Friend By Day, Enemy By Night.

We operated among a population who in many ways culturally hasn’t altered much since the introduction of Islam. We slipped into Afghanistan like a ghost in the darkness and took down the country with just a few hundred men. Special Operators blended in with the Northern Alliance and took down the Taliban. We didn’t need to subsequently secure the country with thousands of troops. All we needed to accomplish our goals was to prevent the Taliban from harboring terrorist actors and get Osama Bin Laden. We did both. We didn’t have to hold territory or pacify the population. A low profile in the region would have been sufficient to support the Northern Alliance and keep the Taliban at bay. No withdrawal, no surrender of territory, and no propping up a corrupt government with astronomical amounts of Benjamins. In 1898 in what is now Uganda two rogue man-eating lions brought a major bridge construction project to a screeching halt. Find your enemy’s fulcrum and it doesn’t take much to cause disruption.

As Colonel John Boyd advanced in his Air Force career, he realized what was happening in the military and in Washington D.C. He famously advised one of his young officers by challenging them, “Tiger, one day you will come to a fork in the road and you’re going to have to make a decision about which direction you want to go.” He went on to say that if his junior officer made compromises and joined the club, he’d get good assignments and promotions. But, if he chose the harder path of sacrifice and doing good, he wouldn’t get the good assignments, promotions, and might piss off his senior leadership. But he would accomplish a great deal, wouldn’t have to compromise and he could keep true friends. Boyd, one of the greatest 20th Century thinkers, and who pissed off a lot of people in his life, ended by saying, “In life, there is often a roll call. That’s when you will have to make a decision. To be or to do? Which way will you go?” The roll call for America’s leaders was taken this summer and they chose their careers over the people they were sworn to protect.

Having seen the mental and physical damage done to our service members I am angrier today than I was on September 12, 2001. On that day we were reacting to events the previous day. In the subsequent two decades, we had the choice of how to respond. We failed at the mystic dimension of service and the sanctity of our oath. There are men and women in our country who can succeed in this. We have to put them in the right position to act on our behalf.

Steve has been an educator and an athletic coach for nearly 30 years. For much of that time, he was a successful high school and college football coach in Connecticut. After the events of 9-11-01, many of Steve’s former athletes joined the military. In the succeeding years, they didn’t return the same way they went out, and this led Steve to become interested in veteran’s affairs. In 2017 he conducted the first annual Comfort Walk, a 70-mile 3-day trek from Manchester CT to Providence RI on Memorial Day Weekend to raise awareness of veteran’s mental health issues. In 2017 Steve also assisted the veterans of the 1-24th Infantry Regiment in their Walk Of Life.

Steve regularly participates in the CT Run For The Fallen and has helped out in other veteran’s events and presentations including hosting a veteran’s assembly and classroom visit to his school. A civilian, Steve comes from a military family as the son of USMA 1952 and grandson November 1918. He has previously authored articles on fisheries issues and is looking forward to contributing his writing talents to military matters and veterans advocacy.