HomeCultureMilitaryOrganizing Civil War Reenactments in School: What You Should Know 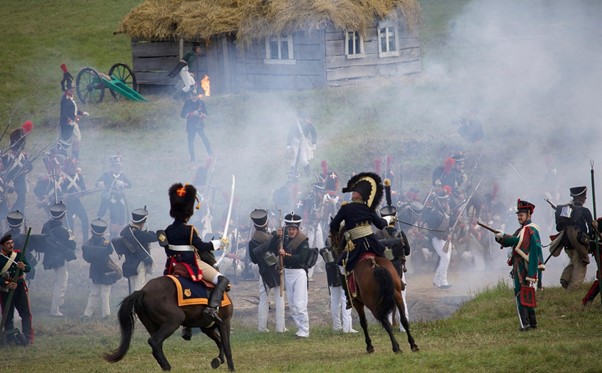 During the mid to late 1800s, the US saw one of its most difficult periods in the form of the Civil War. This war was a result of the many differences, both political and social, that revolved around the practice of slavery in the country. This period of time led to a lot of bloodsheds but ended up changing the way the country worked, for the better. Because of the significance of the Civil War in American history, many people organize its reenactments to showcase this crucial chunk of the country’s history for others to see.

Civil War reenactments are often organized by students as well. Whether in school or college, if you’re a student and you wish to organize or take part in a Civil War reenactment, then you should know about some of the important battles that you can recreate. You can read articles and essays at https://gradesfixer.com/free-essay-examples/civil-war/ to research a lot about the various events as a starting point. When you are organising a battle reenactment, it’s important to take various details into account and history essays on Civil War can be a great source for research.

Being a student, doing some research about this significant phase of US history might just be a part of your studies as history teachers ask their students to write essays on such topics quite frequently. And while you do have the option to access your school or college library to easily get whatever information you require on the subject, to make things a little more streamlined for yourself, go through some of the most important Civil War battles listed in this guide. That should give you a good starting point to think about how you want your Civil War reenactment to proceed.

● The Battle of Bull Run

The Battle of Bull Run, or the Battle of Manassas in the South, was the first major battle that took part in the Civil War, which you might already know from a history lesson at school. This one was a win for the confederate soldiers. Being the first of the Civil War battles, it is important to be part of any Civil War reenactment that you’re planning.

● The Battle of Antietam

This battle is known as the Battle of Sharpsburg in the South. It is an important battle in the war’s history as it was the bloodiest battle to be fought in the country’s history. But if you’re thinking of wearing a Union soldier uniform during your reenactment, then you’d be happy to know that it was a win for the Union.

● The Battle of Gettysburg

If you remember one battle from a research assignment about the war that you may have completed during your education, it might be the Battle of Gettysburg. By far, one of the most famous battles fought during these terrible times, this one was a turning point for the whole war and needs to be included in your reenactment.

How To Organize Such An Event During Covid

Now that you have a base to start off on, you should think about how you can plan such an event during today’s times when social distancing is required for safety. Well, there are two ways you can do this:

Everything these days is being done online, so why not a Civil War reenactment? You can plan everything, set up your scenes and props, get some authentic clothing, borrow a nice camera from a friend, and create a video of the whole thing to put online. You can even go live on social media sites and reach a bigger audience than just your campus.

The other way to do it is to plan a small event with not a lot of people. Pick some important events from the war that don’t require too many people or too much contact and focus on those. Make sure the audience members have some distance between them and it can work out quite nicely.

Whether it is a homework assignment for a history class or just something that you wish to do in order to learn more about the country’s history, planning a Civil War reenactment is a good idea. It will teach you more than reading a book or watching a movie would because you’ll be a part of it all. For a student, it’s a great way to really get into history and learn from a different perspective. And for a teacher, it’s an excellent method to get students to research more about the war and get a good lesson out of it.