HomeCultureMilitaryNCO Leadership and the Art of “Why”: Blind Trust No Longer Works 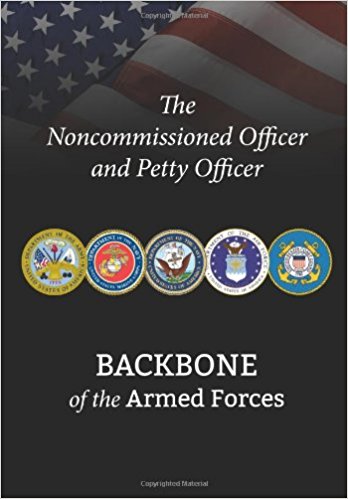 It was not that long ago that a letter from home could take months to reach a deployed servicemember. When I joined, e-mail was just starting to be available, and very few people had access to it.  It was normally reserved for Senior NCOs and Officers. E-mail was considered a privilege when I was able to use it. The salty NCOs that had been in for twenty years would often tell us how lucky we were to have it and to appreciate it because of how long mail could take to get to them.

Today my current command is currently down on e-mail and computer services due to a long-overdue upgrade to the Local Area Network. I would be lying if I said we were managing just fine without it.  It is a stark contrast from the days of paper admin to doing everything on the computer, including communicating with our counterparts.  I’ve often thought back to those salty NCOs and thought about what they would say to us as we stumble through even the simplest of daily tasks like morning muster reports.

I can vividly hear them cursing at us for barely functioning without it. 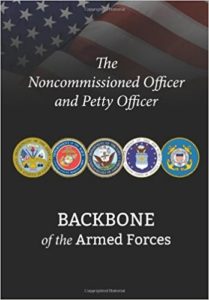 Those were obviously very different days. We had physical libraries full of manuals, tech pubs, instructions and most importantly, regulations. You couldn’t find those regulations on computers, you had to look through specific books to find what you needed. And finding a specific one could take hours. There wasn’t the luxury of “Control F” and searching by a specific term.

Back then, knowing those regulations was like having superpowers. It didn’t matter how much someone outranked you, if you could quote a regulation that backed your actions, you were nearly invincible. Senior NCOs learned this principle and the good ones could quote seemingly any regulation or instruction any time they needed. At some point, those NCOs would reach a point where they no longer needed to quote hard-to-find regulations, because everyone assumed they already knew what they talking about it.

I once saw a group of pilots try to argue with a Maintenance Master Chief who grounded several aircraft. I remember watching him reach out from under his desk and throw a 3-inch manual on the desk and tell them if they could get through that manual, they could try him but, in the meantime, to get out of his office because he had work to do.

The aircraft stayed grounded and the Maintenance Master Chief went on about his day.

After that credibility had been established, I remember that most NCOs stopped quoting regulations and told the junior servicemembers just to trust them when it came to daily operations and basic military requirements. Asking “Why” to tasks or orders was taken as a sign of not trusting your leadership. At the time, it made complete sense to me as a lowly E-3. They had been around and could quote regulations when needed, so they obviously knew what needed to be done.

To this day, I never think the majority of those NCOs didn’t know what they were doing. A few of them were probably faking it, but I genuinely trusted those NCOs because our missions were always successfully accomplished, and the given tasks were always completed as ordered. Now, 17 years later, I am one of the SNCOs who expects the junior members to listen when given tasks.  But there is a huge difference between my generation and the current generation. “Why?” is a common question and saying “because I said to do it” no longer effectively works. Tasks still get completed, but its usually done with very little pride.

At this point, I could easily go off on a tangent about “those millennial kids” and all their problems, but those ‘kids’ make up a small percentage of millennials and for the most part, I’m extremely proud of most of them. They were willing to put on a uniform when most of their peers would rather complain about problems than do anything about them. They come to work every day and get the job done, they aren’t sitting at home hoping to fix problems by leaving hashtags on Instagram.

But they are a different generation.

Over the years, I’ve come to understand a few things about their differences.  The biggest difference is the sheer amount of information and connectivity the younger service members have literally grown up with.  Most of them have never heard the noise a 56k modem makes.  They grew up with smartphones and lightning fast internet.  They grew up with the ability to reach in their pocket, pull out a cell phone and connect with anyone in the world in a matter of seconds.  They also were able to research anything in the world and have access to centuries worth of data in an instant.  It’s a vastly different world than the time of waiting months to hear from a family member or having libraries full of paper manuals and regulations.

And that is why blind trust no longer works.

When millennial service members ask “why”, it’s not always a matter of distrust. It’s a matter of understanding. They grew up being able to quickly answer most of the world’s odd questions with just a few quick taps of their phones. Information has been readily available to them their entire lives. So when they are given a task to do something they have never done before, it’s ingrained in their nature to try to understand it.

Of course, there are some that ask “Why?” because they just whining, but every generation had ‘that guy’. But for those of us who have been around, as good leaders, we have to learn to understand and appreciate their inquisitive nature. We will inevitably have times where “Because I said to get it done” may be the appropriate answer, but we shouldn’t assume that the younger service members are intentionally being disrespectful for asking “Why?” They know how to research questions and problems, and we should be capitalizing on that ability.

This first appeared in The Havok Journal on April 7, 2019.