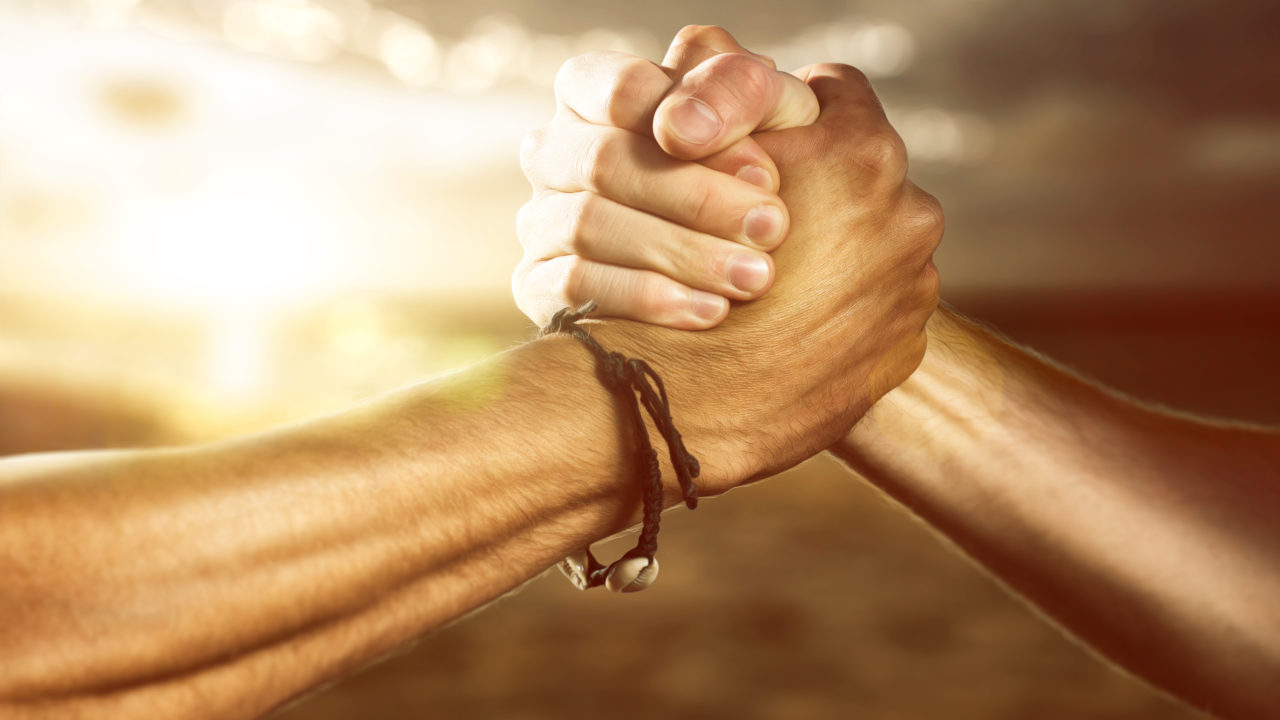 Army folks talk of the brotherhood of serving together, the bonds that no civilian could fathom. I am here to tell you I belong to such a brotherhood and to this day if any of them called and said they needed me, I would jump in my truck and be “On Route!!”

3 section, 8 platoon, Charlie Company, 2nd Battalion, Princess Patricia’s Canadian Light Infantry or as we were known to our Chain of Command “the Clan” (with a C). We did everything together, we were a motley crew of misfits whose roots spanned from Newfoundland to British Columbia. But something happened when we came together as 32C. We became one, ya it sounds hooky, but we did. These men, something about them made us closer than any other section in the company or battalion for that matter.

We first deployed to Bosnia in early 1997. Around 6 months before deployment 32C was assembled and we took stock of what and who we had in the section. Sgt G was our section commander, He-man was his 2nd in command. Big Duke 6 in the turret of our armoured vehicle, Six Wheels (me) in the driver’s hatch. Monkey Man, Pac Man, Little Duke, Launenan, and the Trevors. 10 dudes who hardly knew each other. Man we changed that quick fast in a hurry.

Sgt. G had us over to his place for a “meet and greet” wives, girlfriends, and the works. He is still one of the best leaders I ever had the honour to serve with! A hard-core Paratrooper with a constant lip full of Cope. I vaguely remember that night. I hear we had a great time.

We pushed each other like no one else could push us. We wanted to be the best and dammit we were the best! Everyone wanted to be a member of 32C. Throughout pre-deployment training we had guys from different sections attached to us to learn how we worked as a section so when guys went on leave they were subbed into our section and they also quickly became “Atts and Dets” of 32C. OV and Penny fit our groove and we welcomed them to the fold.

I deployed 7 Jan 1997 with Sgt G as part of the advance party. When we got to Velika Kladusa Bosnia, G found our vehicle a 6-wheel drive Armoured Vehicle General Purpose (AVGP or Grizzly). G instructed me that this was our vehicle regardless of its mechanical state. It didn’t take long for me to notice why. Someone had scribed in sharpie under the driver’s hatch “Redneck.” That suited us just fine! I hooked my radio up to the internal comms suite. We had tunes and were ready to roll.

The rest of the section flew in throughout the week and met up with us at our new home in Kulen Vakuf, (KV) a three-story house that housed 35 infanteers, two medics, and a cook. Space was at a premium. If I rolled over in my bunk and my arm flailed I was slapping one of the Trevors in his bunk. Six guys all in an 8×8 room. Ya, we became real close.

We lived like that for two months. We had the best morale! Daily patrols, both walking and vehicle-mounted saw the whole section together. Other sections split into dets and did 4-5 man patrols. Not us, G would come in and tell me to get Big Duke 6 and Little Duke, because we were going on a vehicle patrol. He would come down to the vehicle to find the whole section kitted up ready to roll. That is how we rolled. 5-man foot patrols became 10-man patrols. Sometimes 12 if our Atts and Dets tagged along. We patrolled the Bosnian countryside as a family.

The Chain of Command, in their wisdom, moved our platoon back to the Company Camp in the town of Drvar and sent another platoon out to KV. Still everywhere we went, we went as a family. Our OC actually gave us the name “the Clan.” At those times two troops were on gate guard overnight. The OC would wander down on occasion and find 6-8 of us in the guard shack. Shake his head and mutter something about the clan. Lunch and supper were where we planned the night’s festivities, be it a patrol through town, Quick Reaction Force duties, or a spirited game of Risk. The clan was all in.

July 97 we all rotated home, but that was not the end of the clan! Once post-deployment leave was done and back to the day to day of garrison life, the clan still did it all together. The Canadian Army had a standard Battle Fitness Test that you had to complete every year. It consisted of a 13km march in full rucksacks and fighting gear. Your ruck had to be a certain weight and you had to complete this march in under 2.5hrs.

Remember I said we did everything together? Well, we also worked out together in Bosnia. Halfway through the march, Sgt G had harassed the CSM enough that the CSM cut us loose from the Company. 32C took off and finished in 1 hr38 minutes. Still my personal best to date. The Company rolled in at the 2 hr 15 minute mark.

Another highlight of that summer was the Clan club off, where we went and tried to play golf. I say we golfed but we drank a lot more than we golfed and then it was home quick shower, grab the girls, and off to G’s house for the continuation of festivities. Another night that I vaguely remember.

That fall, 32C was split up and we went to different sections and different companies. Some like myself, Little Duke, and one of the Trevor’s took trade transfers, Sgt G became an officer, He-man went off and became a secret squirrel in the Canadian special forces, Monkey man became a plumber, Big Duke 6 and Launenan, became cops, Pac man got blown up in Afghanistan and medically released, other Trevor got hurt and medically left the Army. Our atts, OV’s injuries from years as an infanteer got him medically released and Penny he too medically released.

20 years later we reunited for a day of golf (I still suck at golf) and a BBQ at Monkey Man’s place. It was like we had never left each other’s company. Not all of us could make it so those of us that did told larger lies about those absent.

I loved these men like no other. I still love them, they will forever be my battle kin and I would not hesitate to walk through the gates of hell for them.