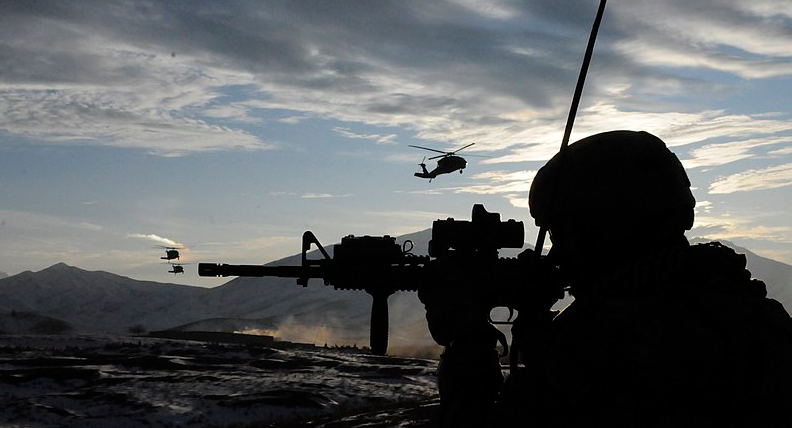 In November 2017, my family and I returned to West Point, New York, for my class’s 25th Reunion. While I stood alongside my classmates on “The Plain,” and watched the Corps of Cadets execute a pass in review, I appreciated the opportunity to reflect. As my retirement date approached, this occasion took place in the twilight of my Army career. In a way, my military journey had come full circle, starting and ending at my “rockbound highland home.”

It was the 1st of July, 1987, Reception Day for the United States Military Academy Class of 1991, when after quickly being plunged into a very efficient transformational and cultural immersion system known to cadets and alumni as “Beast Barracks,” I reported to the Cadet in the Red Sash, and then reported to the Cadet First Sergeant of India Company, for Cadet Basic Training for the first time as ordered.

In the tremendous uncertainty, overshadowed by tall, gray, stone walls, the only thing for sure was that I had entered a new way of life in which I would continuously face unforeseen challenges; and my opportunities would be to learn, develop, and grow from them. I had also been issued barracks bags full of uniform and equipment items.

The truth is although I would realize it years later, when I reported to West Point for Reception Day in 1987, up to that moment, up to that very day, I already had everything I needed. My parents, my role models, raised, nurtured, and inspired my brothers and me to live by the noblest of ethics, values, and beliefs, which were entirely consistent with the ideals of West Point, and the Army in which I would serve. From them I gained a deep sense of purpose, which helped me as I made choices, which led to paths, that provided direction in my life.

My dad, a service-connected disabled veteran and paraplegic, through the love and support of my mom, improved the lives of other disabled veterans by leading the barrier-free design efforts for the Eastern Paralyzed Veterans Association.

Growing up, I enjoyed listening to fascinating stories of military service from my father and his friends and co-workers—other disabled veterans, paraplegics, quadriplegics, and amputees. All of whom, in spite of their life-changing injuries and conditions, spoke so positively and proudly of their service.

In them, I saw ability, not disability and my Army Story would start from theirs. From these great men and my parents, I learned that in the face of challenges, what really matters, is how you face them.

Dad, you are the strongest man I know. I will always try to be just like you.

To the Officers, Noncommissioned Officers, Soldiers, Civilians, and Family members with whom I have served, I express my deepest gratitude.

I will always be thankful for the culture, camaraderie, and relationships, …

that forges the sort of trust that you could absolutely bet your life on,….

builds the level of teamwork that accomplishes the most dangerous, difficult, and hazardous of missions…

and solves the most complex, ambiguous, and challenging of problems,…

while making great friendships at every step of the way.

It was a pleasure, a privilege, and a blessing, to have worked so closely with you.

This career, at times, was a wonderful voyage of discovery. More often than not, it was running the gauntlet.

But throughout, I was surrounded by dedicated professionals, who cared deeply about the mission,…and for each other, so I was always living the dream.

All through these years, my sense of purpose remained clear. It was made even stronger by key principles.

As a commissioned officer in the United States Army, I upheld an oath to support and defend the Constitution of the United States against all enemies, foreign and domestic, and bear true faith and allegiance to the same.

As a member of our Army’s Special Forces Regiment, a Green Beret, I committed myself to efforts that would free the oppressed and strove to be an exemplary member of our nation’s elite and chosen soldiery.

As a leader, I adhered to my philosophy of focusing on my mission, taking care of my people and their families, and always making my unit even better.

As a man, who became a husband, and a father, I pledged my love, my life to an extraordinary woman…

To my beautiful wife and love of my life, as I bid farewell to the Army Blue, I know that with you, our best, brightest, and most successful days still lie yet ahead…

Because I know that with your love and support, moving forward, I already have everything I need and so much more.

I wish for our Army, our joint force, and our special operations enterprise the very best and continued success; our Nation is counting on it.

I will always be proud to have been a member of your ranks.

Daniel is the Senior Planning Consultant at Moffitt Cancer Center. He earned his Bachelor of Science (BS) at the United States Military Academy at West Point, his Master of Arts (MA) at Louisiana State University, and his Master of Strategic Studies (MSS) at the U.S. Army War College (Executive Leadership School).

Daniel was among the top 6% of the War College class, comprised of 385 specially-selected, high-performing senior officers, executives, and civilians, and was also recognized with an award for excellence in writing. He served as the Senior Strategic Planner, Senior Program Manager (Lead Planner), and also Director of Strategic Planning, Division Manager, Senior Program Manager at the U.S. Special Operations Command (USSCOM). He also served as a member of “Project Transition USA” to support transitioning military and vets.