HomeCultureMilitaryMerrill’s Marauders on their Final Mission: Get in the Fight! 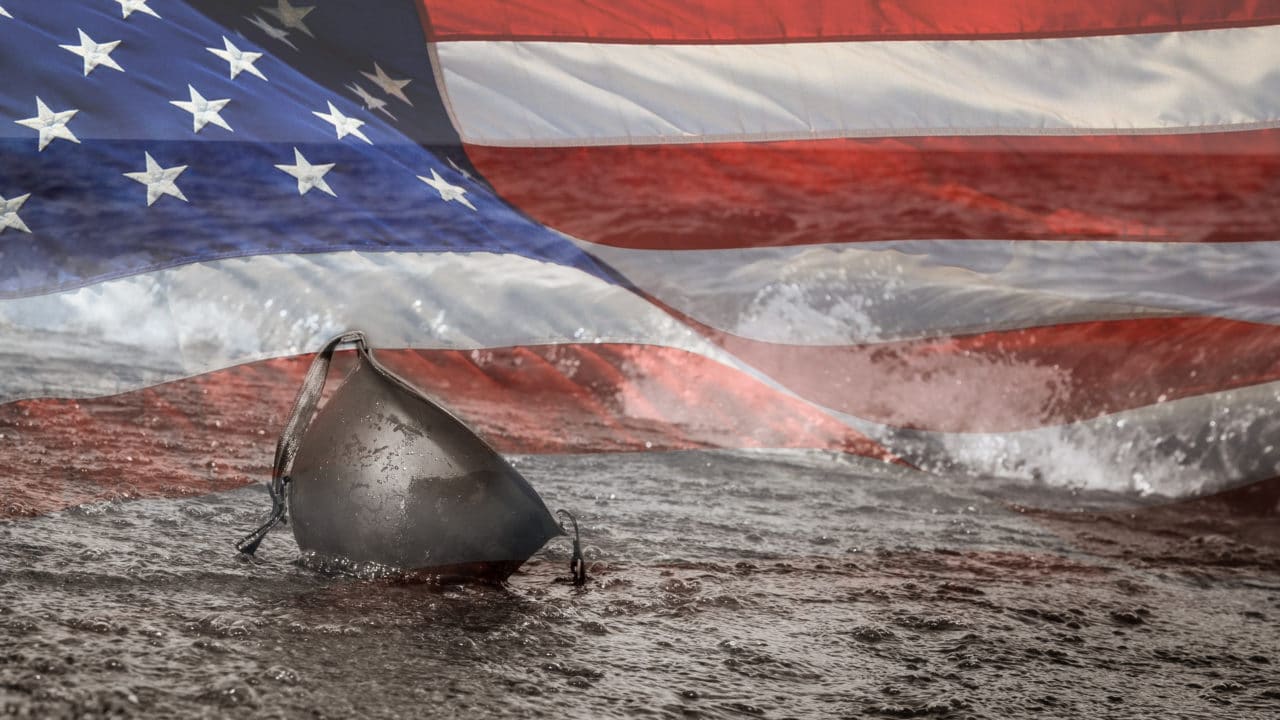 Popularly known as the “Merrill’s Marauders,” this storied unit is partially where the modern Rangers of the 75th Ranger Regiment derive their lineage, and now only 8 original Marauders remain. Their Legacy – “A Dangerous and Hazardous Mission”:

A summary of their history from the U.S. Army’s Center of Military History includes:

“The 5307th Composite Unit (Provisional) of the Army of the United States was organized and trained for long-range penetration behind enemy lines in Japanese-held Burma. Commanded by Brig. Gen. Frank D. Merrill, its 2,997 officers, and men became popularly known as “Merrill’s Marauders.” From February to May 1944 the operations of the Marauders were closely coordinated with those of the Chinese 22d and 38th Divisions in a drive to recover northern Burma and clear the way for the construction of the Ledo Road, which was to link the Indian railhead at Ledo with the old Burma Road to China.”

“The Marauders were foot soldiers who marched and fought through jungles and over mountains from the Hukawng Valley in northwestern Burma to Myitkyina on the Irrawaddy River. In 5 major and 30 minor engagements they met and defeated the veteran soldiers of the Japanese 18th Division. Operating in the rear of the main forces of the Japanese, they prepared the way for the southward advance of the Chinese by disorganizing supply lines and communications. The climax of the Marauders’ operations was the capture of the Myitkyina airfield, the only all-weather strip in northern Burma. This was the final victory of the 5307th Composite Unit, which was disbanded in August 1944.”

“A week after the fall of Myitkyina, the 5307th was deactivated. Less than a year after the call went out for volunteers for a dangerous and hazardous mission, the Marauders were no more. Of the 2,600 men who marched into Burma six months earlier, 93 had been killed in combat, 30 had died from disease, and a further 301 were wounded or missing. An additional 1,970 Marauders had been hospitalized with sickness.” Mortimer, Gavin. Merrill’s Marauders: The Untold Story of Unit Galahad and the Toughest Special Forces Mission of World War II. Zenith Press: Minneapolis, MN, 2013, p. 195.

Just this Wednesday, Lester Hollenback, 97, passed away. He was 1 of only 9 remaining members of Merrill’s Marauders. Over 75 years ago, this unit fought against Imperial Japan in some of the most unforgiving terrain imaginable, now it’s our turn to fight for them. The 8 remaining Marauders and the proud descendants of the Merrill’s Marauders seek to accomplish one final mission, resulting in the unit being awarded the Congressional Gold Medal. But they need your help!

Here is a summary, if you can help, from the Merrill’s Marauders Proud Descendants Website:

“Your email support letters to the nation’s U.S. Representatives have markedly increased the number of congressmen and women now cosponsoring H.R. 906 to award the Congressional Gold Medal to WW II Merrill’s Marauders found at this link.

Verbal and written commitments since the last official H.R. 906 list have put us – unofficially — around 80 percent toward our “required” 290 cosponsors.”

“Marauder Hollenback’s death drives home the urgency of H.R. 906 passing before the end of this last year of the current 116th Congress. There were 28 Merrill’s Marauders alive when their first Congressional Gold Medal bill was introduced in 2016 during the 114th Congress.

Representatives we still need are on the white background below the green, highlighted names.

Those representatives highlighted in yellow have given a written or verbal commitment since the latest official list, which is periodically updated by Ryan Woodward, a staff member of New York Congressman Peter King who introduced H.R. 906.

Please continue to include BOTH the chief of staff and military liaison email addresses on the “TO” line of each support letter.” Ibid.

To streamline your efforts, draft letters can be found at The Darby Project’s LinkedIn page.

Join the Marauders and their families and contact your Representative today. Let’s help them get their required 290 co-sponsors by September 2nd, 2020, the 75th Anniversary of VJ-Day.

Mike grew up in Akron, Ohio. He is an Infantry Officer in the U.S. Army with fourteen deployments to Iraq and Afghanistan, including the 75th Ranger Regiment. He’s been awarded the Bronze Star Medal with Valor and two Purple Hearts for wounds sustained in combat. He is a graduate of the United States Military Academy at West Point and holds masters degrees from both Princeton and Liberty Universities. The opinions expressed above are his own and do not represent the official position or endorsement of the U.S. Army, the Department of Defense, or the U.S. Government.