HomeCultureMilitaryIt’s a Zoo Out There: “Blue-on-Moo” Incidents are on the Rise in Afghanistan 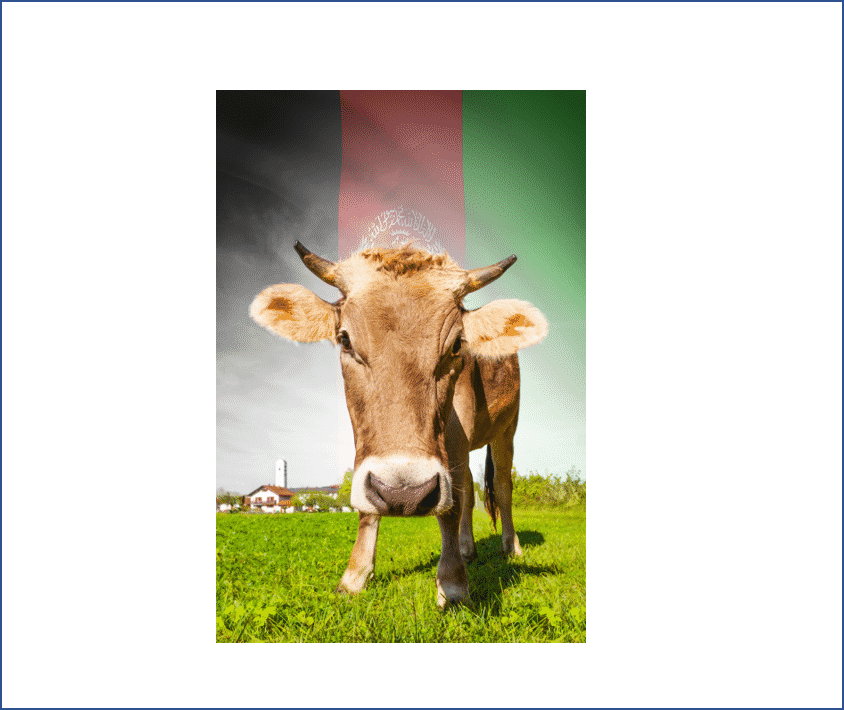 This first appeared in The Havok Journal on August 22, 2019.

When you deploy there are several variables to understand beyond just the enemy. You are going to a country you are highly unlikely to have visited on a holiday in your past life as a civilian. With this comes the most underreported obstacle…I am talking about animals.

These animal encounters can range among: dropping down on a snake when taking cover in a firefight, a bird getting stuck in your up-armored vehicle on a convoy, taking a pet hedgehog on patrols in your cargo pocket, roaming donkey-borne IEDs, finding a family of snakes living in the bottom drawer of the desk in your team room, and deciding that you can go another day without a shower because a man-sized lizard is sitting on the doorstep to the bathroom. None of these events make it into our end-of-tour awards, but I think they should.

“Sir, the LT has just been involved in a Blue-On-Moo incident”

I was that LT, I punched a cow in the face, and I would do it again. I was running around a FOB in the magical land of Eastern Afghanistan, which had a chain-link fence around its perimeter. There were small holes cut in it every so often and if we saw one, we were told to tell the Mayor’s cell and they would sandbag it or do whatever Mayors did on deployment.

Oftentimes kids yelled at us the only English words they knew, taught to them by a decade of interaction with Infantrymen. Poetic discourse like, “Fuck you in the face, American woman!” or “I like boobs!” all while smiling and waving thinking that is just how to say “hello” to a lady.

On my run, I saw a kid jogging alongside me on the other side of the fence. He was going on about his cow. I just wanted to finish this run and take a cold, smelly shower for 45 seconds and get on with my day. But then I went around the bend and boom there was an entire cow standing face to face with me on my side of the fence. What the shit was going on?

The kid explained to me that it was his cow and needed it back or else he would be punished. I am not sure how you punish a kid for losing a cow in Afghanistan, but I can only assume it wasn’t going to be pretty. So, I asked him what to do. He pointed to the cow-sized hole in the fence and said to get the cow through it. I told him to do it himself and he shook his head and pointed to the guard tower, which was probably a good decision on his part. So, I decided it was my duty to help this kid because, you know, hearts and minds.

I pushed the cow…nothing. I showed the cow what to do…nothing. I tried to reason with the cow…nothing. HOW DO YOU MOVE A COW? He made a “punch cow” hand gesture. Are you out of your mind? I am not going to punch a cow! But he was adamant about punching this cow. So, I wound up and gave it a slap on the ass…nothing. “No, no American lady, punch cow, punch-punch!” he said, gesturing to his face.

“Yes, in face. Punch!” he answered. Alright kid, you are the cow expert I am just an LT on a jog far from home. So, I did. I punched that cow right in the side its cow face. And you know what? That kid was right. After I punched this cow in the face, I had no problem I leading it out of the cow-sized hole in the fence.

The kid was so grateful. He said to me, with a huge smile on his face, “Fuck you American Boob lady, Fuck you!” and I said back to him as I jogged away proud of myself, “And fuck you too buddy.”

With my head held high and my hand stinging a bit, I walked into the Mayor’s office and reported that I needed to talk to someone about a hole in the fence. As I recounted the story to the FOB CSM, he said to me, “Are you serious right now?”

“What part of this don’t you understand, Command Sergeant Major?” I answered. “It all makes perfect sense. I saw a cow. A strange village kid told me to punch the cow. I punched the cow. We said fuck you to each other and went on our way. Simple stuff.” The CSM, muttered to himself something about silly LTs, and took note of where the hole in the fence.

The hole was fixed that day…and I was proud of my accomplishment.

Captain Kate Nelson is an intelligence officer in the United States Army. She is a combat veteran and previously served downrange with the 5th Special Forces Group, and was also previously assigned to the 82nd Airborne Division. She received her commission via Officer Candidate School after rising to the rank of Sergeant. A graduate of Chaminade University, she completed two master’s degrees and is currently a candidate in the Doctor of Business Administration program at Temple University. Captain Nelson’s articles in The Havok Journal represent the personal experiences and opinions of the author and are not official publications of the United States Army or the U.S. Government.