HomeCultureMilitaryIs Mental Illness an Asset in the Military? 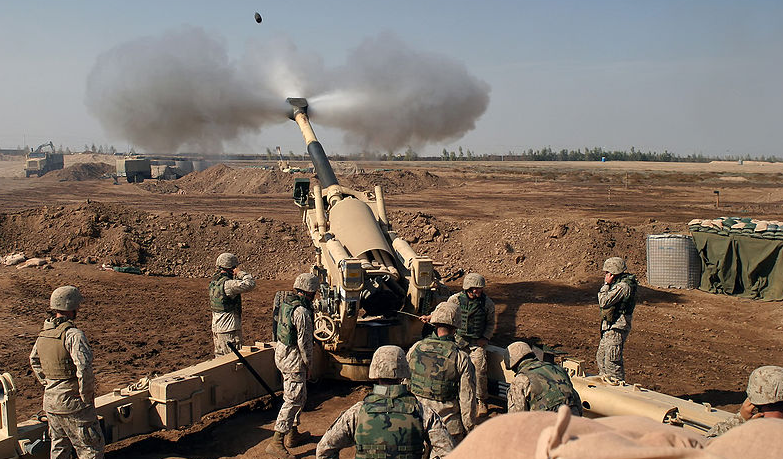 It takes a special sort of person to thrive in the military. Between the strictly regimented lifestyle, the sitcom-levels of absurdity on a daily basis, the extremely nihilistic and self-destructive culture, and the fact that everyone from the grunt to the cook exists in an apparatus designed to kill and destroy, it’s no wonder that Hollywood can’t seem to turn out a decently realistic show about the service.

Oh, sure, it can be done. Hell, it has been. But the ones that really get it right (Generation Kill) don’t tend to resonate with audiences, and the ones that resonate with audiences (The Hurt Locker) don’t really get it right. The sort of person who thrives in the high pressure, high stakes, low reward environment of the military isn’t the sort of person that a general audience will find relatable. It’s easier to portray the broken down husks who can’t figure out what brand of cereal they want as objects of pity or sympathy, or the unstoppable Rambo-like killing machines that rain down death and destruction on nameless mooks.

There are elements of truth in both, but they’re on the opposite ends of the bell curve. The middle is populated by an eclectic mix of deeply strange individuals who don’t neatly fit into any particular box.

What’s more, each job or branch has its own distinct flavor, its own subset of personalities that thrive within its confines. The archetypal grunt might be the ideal soldier from the view of Hollywood and promotion boards, but take an 11B and throw them in the back of an FDC truck with a bunch of 13Js and watch his poor little head explode. Conversely, if you take one of those 13Js and make them run around with an infantry company, they’re likely to stroke out after a few hours. Could be from exhaustion, could be from OCD. Take your pick.

This was the line of thinking going through my head as I stared at the ceiling, trying to remember what sleep was like last night. What is it, really, that sets the soldier apart from the civilian?

Is it training? Indoctrination? Attitude? I’m thinking it’s a bit of all of the above, but with just a pinch of undiagnosed mental illness.

Drop the pitchforks for a second and just hear me out, dammit.

It’s literally impossible to get an accurate read on just how many members of the armed forces are currently dealing with some type of mental illness, because the vast majority of them are going to lie about it for fear of what would happen if they answered honestly.

We know that depression, anxiety, and substance abuse are rampant. The best numbers we have suggest that the rate of depression is up to 5 times higher than the national average, and that PTSD is something like 15 times higher. According to Google, up to 30% of all veterans have something going wrong upstairs. While rates for drug use are significantly lower than the civilian population, I can’t even find a good number for alcohol abuse. According to drugabuse.gov, 5.4% of military personnel are heavy drinkers, as opposed to 6.7% of the civilian population. I don’t want to alarm anyone, but I suspect that number is a bit, uh, low. And by a bit, I mean a lot. And by a lot, I mean holy misleading statistics, Batman.

What I’m trying to say is, for a whole host of reasons, people in the service try their best to conceal whatever loose screws they might have. And that’s a shame because I suspect the real numbers could be enlightening.

Like I said before, every job in every branch has its own flavor of weirdo who tends to excel. Take my former job, Fire Direction and Control. Basically, we told HIMARS rocket launchers where to shoot. As far as jobs go, it’s difficult, tedious, and extremely high stakes. And soldiers who tended to do well were all a little off their rocker.

Minor levels of OCD were common. Not enough to be debilitating, but certainly enough to warrant a diagnosis. Doing the job well involved keeping a number of moving pieces organized and arranged just so, and good chiefs and box operators tended to be extremely picky about how everything was set up. Everything has a place, and everything goes in its place. They check and recheck everything frequently, just to make sure it hasn’t gone to pieces in the last five minutes. If anyone comes and tries to mess with their stuff, they tend to get extremely aggressive. Like, weirdly, specifically aggressive. Sound familiar?

The same goes for a number of detail-oriented jobs, and I’m fairly certain that proper investigation would reveal that pretty much every job has its own brand of mental illness that’s extremely well suited for it. But no one wants to risk going to see a brain doc and getting diagnosed, because that could end up getting them kicked out.

It occurs to me that maybe, just maybe, if we want to get a handle on things like ending the stigma surrounding mental health, it’s not enough to just encourage folks to go see a shrink when they’re feeling down. Maybe, instead of treating mental illness like something unfortunate, the military should embrace the fact that a large number of its best workers aren’t neurotypical. If nothing else, it might explain the entirety of the Marine Corps.