HomeCultureMilitaryGuerilla Warfare, Counterinsurgency, and our Failure in Afghanistan 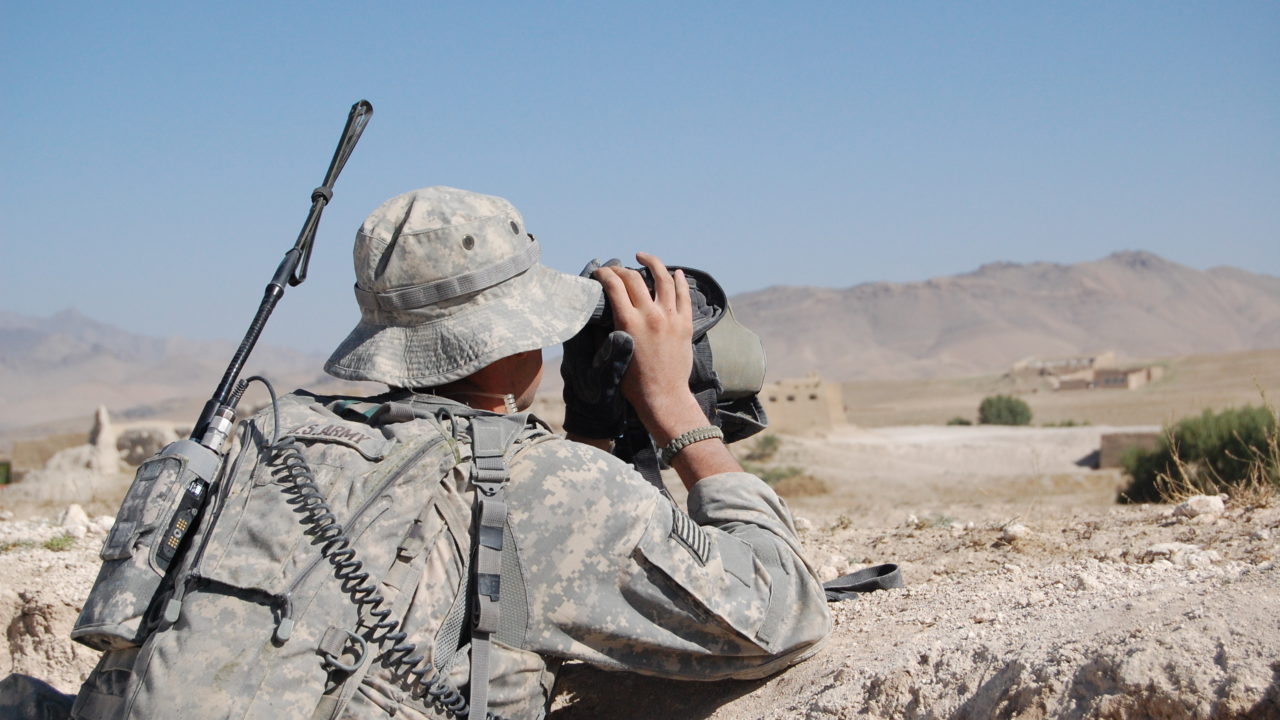 Success for an insurgency is winning over the people. This has been true from Washington having 90% of the colonies’ people behind our own insurgency, to Castro and Guevara gaining the respect and help of the people in the mountains was critical. Guevara found success in the mountains, delivering babies, teaching school, digging wells, giving antibiotics, becoming the courts and police for safety. Their military tactics were used in Iraq and Afghanistan. We had not read the book.

Counterinsurgency requires an effective government. That gives meaningful services and physical safety to the people, so they support it. U.S. help and leadership by General Lansdale was key in putting down the Huk rebellion against the Filipino government.

General Lansdale is a legend in insurgency and counter-insurgency circles, for his learning the needs of the villagers, and helping root out corruption and greed in the existing government. Lansdale and Guevara were central to U.S. Army Special Forces training, six years of which I received, in the mid-1960s. Sadly the U.S. Army refought WW II in South Vietnam, ignored Lansdale the special forces, and lost. If you know either insurgency or counterinsurgency, you know nearly everything you need to know about the other.

The U.S. Army, after Vietnam and during the rebuild of the Army, dropped this kind of training and converted the Special Forces to Special Operations. Thus they did not learn from Vietnam. In one of his books, Andrew Bacevich talks about the Army rebuild, when they decided to major in mobile tank warfare to counter a tank attack by Russia on Western Europe. Part of it was dropping insurgency and counterinsurgency as skill areas. He says the DoD made it clear to Presidents and Congress, that they did not know how to do it, so don’t ask.

When the new field manual on COIN was completed, I eagerly downloaded and read it. At one point, I had three feet of Army Field Manuals, Training Manuals, Course materials, which came out of the education part of the Fort Bragg Special Forces organization. Over the years, I culled it to nothing. The Army knew and was training on COIN 60 years ago, and forgot. Other primary sources, like a highly annotated copy of Guevara’s Guerilla Warfare, remain.

The Army prides itself on after action analysis, learning, reacting, and getting better. On this topic, it has dropped the ball many times over the decades.

As a side note, Guevara and Castro, lost about 80% of their forces in the weeks following their invasion. Guevara chronicled their failures, and successes later when they went into the mountains. It is a Harvard Business School study of what works and what doesn’t, and lessons learned. Later, Guevara led a group of Spanish Speakers from Cuba, with the idealistic notion of freeing the indigenous Indians from the Spanish-speaking central government, in South America. He failed to apply lessons from his own book and died for it. They arrived not knowing the history, culture, or language of the people.

To the people, they were just more Spanish-speaking invaders that made trouble for them. The people never picked sides between the Army and Guevara. The greater resources, communications, and mobility allowed them to track down Guevara and his men, killing all of them.  Another of our failings was to show up needing interpreters because we did not know the languages. Language training was a significant aspect of 1960s Special Forces Training. You were expected to know the language in a place you were trained to go.

Afghanistan is a rugged country, where 75% of the population is rural, living an agricultural subsistence way of life. Under our influence, a larger city-bound, educated middle class developed, so the cities grew from 10% of the population to 25%. Unfortunately, there were no jobs for them. The tiny economy was simply informal transfers of goods between farmers and poppy production for drugs. The country was too poor to afford a central government. It is not a failed state, because that implies that they were once a modern state. They never have been. The only way they survived and got some health care and education for their people was through aid from countries and NGOs. The Taliban will discover the implications of that in the coming months.

The people with some education, and aspirations for a middle-class western life, had few options. These consisted mainly of working for the government or working for the security forces: either Army or Police. They were poorly paid and made up the difference with corruption and outright theft. The IG reports on money spent consistently showed that most was diverted to the pockets of the higher-level government workers and army. We fully financed the Police Force and Army. Typically, they possessed 3rd-grade level language, reading, and arithmetic capabilities. A corrupt government, where you have to bribe officials to give you the services you are entitled to is not going to get respect.  A military commander, who has lost half his troops to deserting, continues to report full strength, making us think it is larger, and keeps the pay of the deserters, is not going to be much of a commanding officer in combat.

On Sunday, Meet the Press, HR MacMaster, who I respect, and whose PhD dissertation “Dereliction of Duty,” I have read, about the general officers in Vietnam, said that Afghanistan was not a 20-year war, it was 20 wars of 1 year, that we fought the same way. Recall that doing the same thing over and over, hoping for a different result, is called the definition of insanity.

Anthony Cordsman, an excellent analyst, has tens of pages of maps and data, showing the growing size and control of the Taliban, from a few thousand to 75,000 fighters, and most of the rural population and area over our domain there. He predicting total take over about now and how easy it was for them over the last five years.

Our surge, the presence of large numbers of troops in body armor, and reflective sunglasses, who did not speak the language, turned off the rural people, who saw death rain from the sky. 75,000 collateral damage deaths began to view the Taliban as the better alternative.

Our attempt to create a western-style democracy, wasting most of the money on corruption, and supporting a corrupt government and security forces, was seen by the Afghans. We did many things wrong, ignoring corruption was one of them.

What we signed up for, was to degrade Al Qaeda and get Bin Laden, which we did. Building a western values democratic society, with an educated middle class and equal opportunity for women, was not what we signed up for. Emotional arguments about breaking our promises, never really made, to the middle class and women, for things that we could not deliver in 20 years, is not a basis for continuing war in Afghanistan. While our losses were only a few thousand, the Afghan security forces lost about 75,000 soldiers and police. Around 75,000 civilians were killed by our high-tech forces, that attacked from a safe distance at a computer screen and accidentally killed others, and 75,000 Taliban were killed.

What we did do was to unite the majority of the people in the countryside against us, much as Russia unified them with an invasion and occupation in the 1980s. We were the magnet that brought foreign fighters in and helped the Taliban fighters grow from a few thousand to 75,000.

U.S. Army officers are trained to be “can do” optimists, who will see a bad situation, and optimistically feel that better training, better morale, better logistics, better funding, and better technology will lead to success. Unfortunately, there was not enough reality in the State Department and the intelligence agencies to report that the emperor had no clothes.

I follow some blogs and podcasts, about the military and foreign affairs, some are heavily populated by people who have served multiple tours in Afghanistan. They made friends with the interpreters, drivers, etc. We needed interpreters because we came unable to speak the language (another mistake). This is a filter on the information they were getting. They never got to know the rural people that did not speak English. This combined with their “can do” attitude, leaves them very disillusioned, about their sacrifices, and loss of friends, leading them to think a bit more time, and a few more people, and we can win it.  We need these people to rebuild our Army into one that can do better, and know what it can and cannot do. Unfortunately, they blame the 99% of civilians for not supporting them, so they will be useless in rebuilding.

Start with “Guerilla Warfare” by Guvara. It is short, and you learn the key to success as an insurgent, and by implication how to take the oxygen away from insurgents. Polishing up the English, and you would think it was a Harvard Business School case study, with lessons learned.

Max Boot’s “The road not taken-the life of Edward Lansdale and failure in Vietnam” is a long book, that chronicles his success in advising the government of the Philippines, with a few score motley crew of American DoD and State Department people, and defeated the Huk rebellion. It goes on his ideas creating Special Forces training, and how it was all ignored in South Vietnam.

Anthony Cordesman has an excellent piece on all of our mistakes in 20 years in Afghanistan, as well as graphs, tables, and maps that show the progress of the Taliban, making their ultimate success obvious.