HomeCultureMilitaryFurther Memoirs of a Bush War Operator; Life in the Rhodesian Light Infantry, Selous Scouts and Beyond 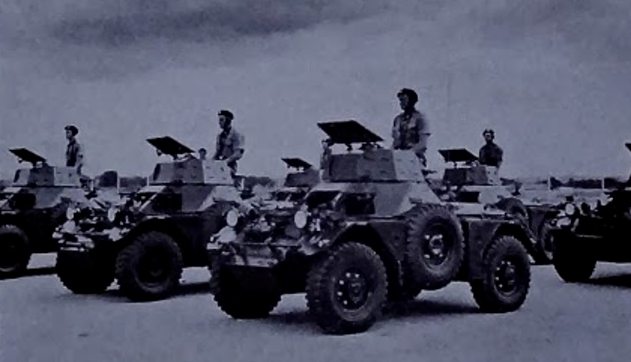 “My head pounded, my legs felt weak and rubbery, and I struggled to stop myself from puking. Even on the back of the bouncing vehicle, the heat was incredible. Never in my life have I felt so embarrassed, so humiliated, I was approaching 40 years old, a professional soldiers and here I was holding on the canopy railing of a speeding truck, about to perform like a clown in a circus, staring straight ahead- hearing nothing, seeing nothing, feeling nothing- my body shaking in anger as I prepared myself to do what I had to do. A job was a job. “[i]– A.J. Balaam

Just as raw and untamed as Balaam’s first entry Bush War Operator, the sequel does not disappoint.  Balaam again takes the reader on conventional and covert missions spanning the sunbaked plains of the Zambezi valley to the slums and bar stools of Port St. Johns. For fans of the first book, Bush War Operator: Memoirs of the Rhodesian Light Infantry, Selous Scouts and Beyond, this is a logical, deep dive into the exploits of a professional Soldier during the Rhodesian Bush War operating during the transition of the government from Rhodesia to Zimbabwe. It remains the story of a Soldier who fought for his country, lost, then struggles to make sense of his service and the nation he grew up in and defended.

The book follows the same general format as that of the first, moving in chronological order of his life from his earliest exploits to the most recent. This volume trades the first book’s depth of Balaam’s upbringing and trades it for focusing more deeply on stories of his early Rhodesian Light Infantry and Support Commando career on patrol in the African plain. Part 2 of the book focuses more deeply on his austere missions as a Rhodesian Light Infantry Scout, and Selous Scout. Part 3 transitions to his post-Rhodesian Army service and focuses on the African underworld of Soldiers for hire. Defunct this round on the intricacies of Balaam’s assessment and selection phases of Selous Scout School (see Book 1) Balaam assumes the reader’s familiarity and this allows him to showcase more depth into his missions. This allows the book to serve as a nice compliment to those familiar with the first entry but does not necessarily require the reader to have read it.

Part I focuses on Andy’s youth and the origins of his love for bushcraft and nature. This section of the book is vastly slimmer than in the previous installment covering only sparingly the family farm, his initial enlistment, and actions in northern Rhodesia early in the Bush War with the conventional light infantry.

Part II focuses more deeply on his Rhodesian army career and is subsequently broken down into smaller subsections focusing on specific missions associated with the conventional Rhodesian Light Infantry, the Light Infantry Scouts, and Support Commando and transitions onto his missions as a Selous Scout.  Unlike in the first book, Andy forgoes the deep dive into Selous Scout selection and assessment and instead bridges his early career straight from missions as a traditional patrolling light infantryman into the more specialized missions of the Selous Scouts.

Part III looks deeply into a post-Rhodesia, Zimbabwe. Similar to the first book and for those familiar with history, the Rhodesian government fell and transitioned to Zimbabwe[iii] following the 1980 elections. The standing army and its specialized forces were disbanded by the new government as well as a semi-forced mass exodus of white farmers and businesses to South Africa. Andy who had only severed as a professional soldier during his adult life struggles to support himself as he watches his country change around him. Andy finds himself forced into relocating to South Africa and taking soldier-for-pay-type jobs around the continent. This last section like the last section of the previous book is the most interesting as Andy details multiple missions as a mercenary and soldier of fortune.

Andy’s writing remains rugged, real, and palpable. He is able to place the reader in his boots seamlessly, relating his experience for those who have never served a day and for those that have experienced similar types of missions in their lives. The visceral awareness of Andy assists you to feel the sting of the mosquitos; the thirst and heat of the African plain while on a solitary mission for 3-5 days. The reader feels the isolation of speaking only to yourself when Andy speaks to himself in his mind, all while applying thick camouflage cream on sweating skin and tasting a sour mouth while dehydrated. Every time Andy speaks to the weight of his web gear and pack, you can feel the straps cutting into your shoulders. Andy’s ability to convey his internal dialogue as he lived it is truly unmatched.

Further Memoirs provides a deeper look at the daily life and struggles of the Bush War Operators who were fighting for a losing cause as their government collapsed around them. Captured solemnly in the following yet relatable quote, “We- The whites, the security forces-were so busy not wanting to offend or upset the international community that we lost the war”[iv]. The author remains capable of placing his readers into the bush, on missions, and stewing on dive bars with him. The firsthand accounts and “writes as he speaks” style keep the reader engaged and fascinated throughout, always wanting to read on and turn the page to find out what happens next. The mission of the Selous Scouts remains divisive in application. Targeting your own people to make them believe you are the enemy all in order to gain credibility to infiltrate the enemy and sew discourse against native supporters remains a fascinating study in a unique form of warfare.

[i] Balaam, A.J. Further Memoirs of a Bush War Operator; Life in the Rhodesian Light Infantry, Selous Scouts and Beyond. (Helion &Company 2020) Pg. 128.

Joshua A. Lyons is a graduate of Indiana University Class of 06’ where he was commissioned as a United States Army Air Defense Officer. He holds a Master’s in Military Operational Arts and Science from the United States Air Force Air Command Staff College. He serves as the Active Defense Chief at the Army Air Missile Defense Command level within the Combined Air Operations Center.  He additionally served a three-year tour as an Operational Advisor with the U.S. Army Asymmetric Warfare Group as a Troop Commander and the Group S-3. His other works include Defining Cross Domain Maneuver for the 21st Century, the U.S. Army Travel Awareness Handbook, and multiple articles within the Small Arms Review and the Asymmetric Warfare Journal.

The views expressed in this article are those of the author and do not reflect the official policy or position of the Department of the Army, Department of Defense, or the U.S. Government.