HomeCultureBooksBush War Operator: Memoirs of the Rhodesian Light Infantry, Selous Scouts and Beyond 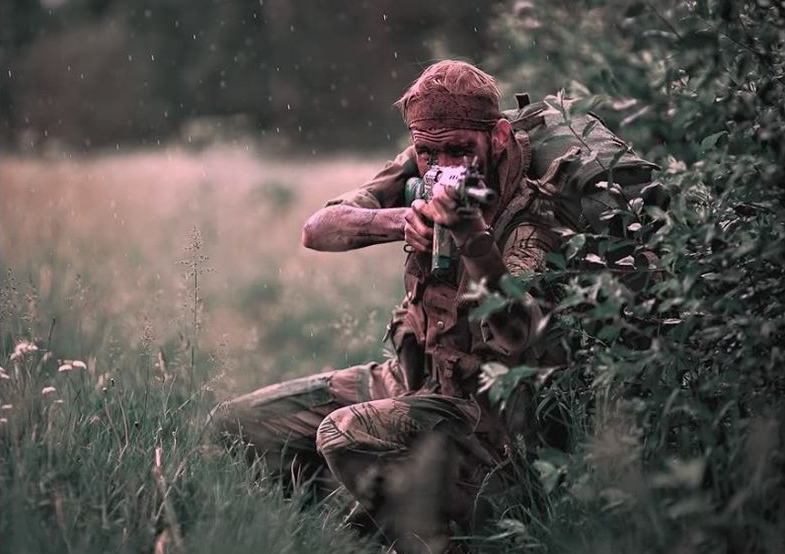 Author’s note: Be forewarned and please fully acknowledge the political and racial sensitivity of the topic of this book review, given the current domestic racial turmoil within the United States and abroad. The intent of this review is not to dissect, praise or perpetuate racist ideology, colonialism or sanction the political activities associated with the Rhodesian Government or in turn the Rhodesian Selous Scouts.

Rather it seeks to inform the profession of arms of a little-known portion of military history in the form of a particular unit established to conduct a unique style of warfare. It is vital that one understand that you cannot remove or glorify the subject, without acknowledging and understanding the racial and political context of that era. I would associate this review to the study of blitzkrieg tactics, as a means to understand that style of warfare and not as a means of endorsing the Nazi regime or in this case a white minority government.

This review seeks to acknowledge the sensitivities listed above and provide interested parties a review of the book focusing on the first-hand account of the building of a unique special operations operator and their application during wartime.  – J.A. Lyons

“War is not about jumping over logs and burning trucks, or kicking in doors and firing from the hip with grenades hanging from your teeth and a devil-may-care- smile slapped on your face, as the enemy drop like flies. It is a heart-wrenching, soul-destroying guilt-ridden and personality- changing experience.”[i] – A.J. Belaam

Two words that immediately come to mind while reading “Bush War Operator” by A. J. “Andy” Belaam, are raw and untamed. Bush War Operator provides the first-hand account of a Selous Scout Pseudo-Operator, before, during and after the fall of the Rhodesian Government. The book acts as a semi-autobiography. The narrative follows the author,  A.J. “Andy” Belaam, through his time as a Rhodesian Light Infantry soldier, through the Selous Scout selection and assessment process, and then transitions to first-hand accounts of multiple Selous Scout operations and raids. The book culminates in the author’s post-Rhodesian Government military contracting work with the South African Defense Force, as well as his life as a Soldier of Fortune.

There was no one initiating instance for the Rhodesian Bush War, rather it was an escalation of conflicts between the Rhodesian security forces and the communist-backed Rhodesian black African majority forces that would form the Zimbabwe African National Liberation Army (ZANLA) and Zimbabwe People’s Revolutionary Army (ZIPRA). For the purpose of this review, it is nearly impossible to dive into the complex and complicated matters of the ethnic minority and majority and paint the picture of the internal political party divide. For the historical nonprofessional, the Bush War civil war ranged from July 1964 to December 1979. The internationally unrecognized country of Rhodesia faced a three-way conflict after the country’s unilateral succession in 1965 from the United Kingdom led by Rhodesia’s white minority political party. 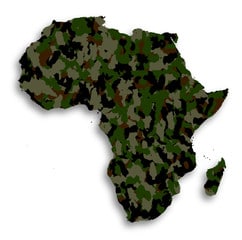 This occurred during the decolonization of multiple African countries from the United Kingdom with Rhodesia drawing support from Mozambique a Portuguese colony and South Africa. As military party lines were drawn for control of the nascent Rhodesian government, it pitted the white minority sitting leadership against Cold War era politics with the Soviet Union supporting ZIPRA, and China supporting ZANLA. Continued escalatory attacks in the form of multiple insurgencies mostly through ZANLA and ZIPRA against the sitting government led to a nearly constant call up of the country’s white citizens to put down the domestic unrest.

The author does not necessarily annotate the historical context or political environment occurring in Rhodesia / Zimbabwe during the period of the book. This is a sound decision by the author, as it does not distract the reader’s focus. Rather it dives deeply and remains focused on the first-person narrative of day-to-day survival in the bush with the light infantry, the daily life in Selous Scout selection with the complex government and racial issues only playing a backdrop. The narrative focuses on the author’s life; his time growing up within the landlocked plains of Rhodesia, and how that influenced his sense of adventure, his love of the outdoors, and ultimately his decision to join the military. This sets the tone for the follow on chapters as his childhood and love for nature relate very easily to the audience, mostly those interested in or having experiences within the military.

The book’s chronology is fairly simple and straightforward, offering a brief glimpse of the author’s early life to provide the environmental context of growing up on the African continent.

Once at boil, it ramps up immediately with first-hand accounts of the life of a Rhodesian light infantryman through part one of the book and remains fast-paced through Operations Hurricane and Firestorm. Andy is a superb storyteller from the beginning to the end of each chapter, drawing in the reader with personal visceral descriptions that practically make the reader ache with the weight of a 66-pound load on one’s back while feeling the rampant thirst associated with long-range light infantry patrols in the African bush.

Following the introduction to his life and the Rhodesian Light Infantry, Andy pivots into a very descriptive annotation of the Selous Scout assessment course in part two of the book. These chapters will be very familiar to those within the special operations community as it relates to the trials and tribulations of a rugged outdoors assessment. The assessment is broken down over multiple chapters by phase: Phase One or “Wafa Wafa Wasara Wasara” which is Shona for, “Who dies — dies, who survives — remains”.[ii] These are brutal chapters focused on grizzly outdoor survival, physical punishment including starvation, thirst, and unrelenting physical fitness regimens. Phase Two focuses on small unit tactics and the mastery of basic insurgent weapons, methods, and techniques.  Culminating in Phase three “Dark Phase” focuses on real-world Pseudo- operations. Following the very graphic and detailed assessment chapters, each chapter thereafter covers one to two major tactical level operations.

Although parts one and two of Bush War Operator are truly fascinating and provide first-hand glimpses of light infantry operations and the Selous Scout selection, the final chapters of part three really shed the impact of reality on the author’s life. Part three follows Andy through the trials of the collapse of the Rhodesian government, and his fall from military prominence. His lack of civil specialty training or skill sets forced him into taking small jobs as a dockworker. Due to the close relationship between the Selous Scouts and the South African military, the author begins taking various military odd jobs that culminate in his participation in a failed coup. The chapters regarding his participation in the coup are film worthy and possibly some of the best first-hand accounts of survival during a failed operation.

The SOFREP article “How to Create American Selous Scouts“ notes, the Rhodesian Selous Scouts found themselves an asymmetric tool of warfare requiring the “upending (of) the conventional military tactics of the day”[iii]. Their methods are unpalatable in today’s environment, but the results that the very small unit had, describe a methodology to counter an insurgency and how a small force did more with less.”[iv] Professional warfighters are always required to deliver results on the battlefield. This necessitates the study of tactics, which have achieved success. To this end, the author provides multiple chapters outlining the preparation and execution that irregular and asymmetric warriors use.

Bush War Operator’s Author A.J. “Andy” Balaam, provides a 40-year removed take on the training and life of Bush War Operators, before during, and after the fall of the Rhodesian Government. The author is truly able put a reader into his shoes by providing gut-wrenching descriptions of missions and life in the bush. The overall style remains engaging and fascinating throughout. These men should not be held as a source of inspiration, but rather as tacticians, their lessons shed insight on a form of warfare that when applied to the correct environment provide a way to win. Originally published in 2014 and then reprinted in 2016, Andy Belaam’s next offering “Further memoirs of a Bush War Operator” went on sale in July 2020.

This first appeared in The Havok Journal on August 25, 2021.

Major Joshua Lyons is an officer in the United States Army. This article does not represent an official position of the U.S. Army or the U.S. Government. 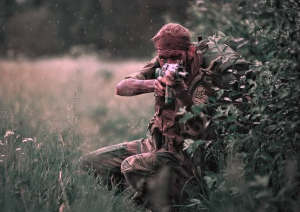