HomeCultureMilitaryFrom Civilian to Military into Something In-Between 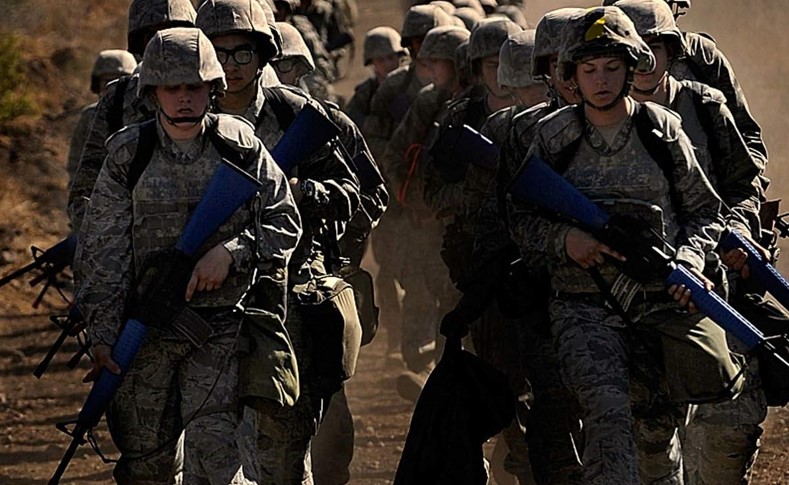 I opened the door to a PX special of attire. What stood before me were four bushy-eyed Airmen covered in American flags, 1776, and Grunt Style. The indoctrination was apparent at the doorstep as the robotic and involuntary “yes sir” accompanied my every statement. Their movements in step as they loosely marched into our house. What followed were requests to use the latrine, a slew of sirs and ma’ams, and timid actions paired with the bushy eyes staring back at me, waiting for approval to take their every action.

What I saw annoyed me on many levels. I stand now a man who takes great care to hide all but a few glints of my life’s experiences. I avoid cop, academic, as well as military lingo and attire. I place a single DUI or diamond on my car as a flag only to those who know. My bracelets are all turned towards me and what rests upon my head is a dad hat with a deconstructed and subdued DUI. I only leave minor clues to attract those to who I need not explain. While that is the case today, it was not when I was bushy-eyed, and for that, their actions also brought internal laughter.

Once upon a time I was 17 and aspired to be nothing more than a Ranger. I studied my rank structures, the phonetic alphabet, the Army song, the Soldier’s Creed… I zipped through every test presented and was likely annoyingly enthusiastic in high school. This enthusiasm was only exponentially fed upon my return from Basic for my senior year. I made not-so-subtle hints that my two-week delayed return, which required the principal to sign off on, was because I had gone to Basic Training. I walked the halls with a buzzed head and an absurdly large Army ring on my tiny and slender 125lb frame. I walked these halls whistling cadence and walking in step without conscious thought. I even sang them just loud enough for others to hear from time to time. I spoke about the rich traditions of the Army units, their patches, and the cadences I sang. I did all this to people who hardly cared in the end.

I did a PowerPoint about becoming a Ranger in both middle school and again in my senior year, having taken much joy in pointing out the first step was behind me, hence the buzzed head and annoying ring…  All of this obnoxiousness followed me into Battalion where it was abruptly crushed, and rightfully so. Hell, let’s be honest, it was destroyed and the ashes were pissed on just for good measure.

So, looking at those Airmen scurrying about the house like scared bunnies, I could not help but laugh.  Once upon a time that was me. While pointing out the PX special attire and quirky military lingo, I told them our fucking house was filled with cussing and just fucking doing what you want. I pointed and said, this is a fucking pisser, a shitter, hell, even the bathroom. What it is not is a latrine or a fucking head. I am not sir, my wife, currently in the Air Force herself, is not a ma’am. You can use our names, our first names, you cannot call my wife by her rank, and if you so feel inclined, you can refer to me as “fuck face,” “hey you, mother fucker,” whatever, so long as it is not “sir.” I told them to stop marching around like robots, which none of them had even realized they were doing, and just be humans again.  I told them to do everything they had been forbidden to do for so long. I have found this to be like the forbidden fruit to the newly indoctrinated. What followed was a rapid shedding of it all and a night of Thanksgiving food, laughter, and games.

Over the years I have met young men and women who aspire to the indoctrination of the military. I have watched and mentored, some of these individuals grow bushy-eyed. I have watched that all too familiar transition from civilian, to military member, into something in-between. I even grit my teeth as my wife went through it all. It is a predictable, annoying, and yet humorous process. My approach has always been the forbidden fruit, like a cult member returning to society, you watch as they slowly shed it away.

Despite my own best efforts to hide it all in public, there are some aspects that are so ingrained they cannot escape us. No matter how long someone has been out, there are some things that are buried too deep and are too automatic to ever fully remove. Next time you place your hand over your heart for the anthem or pledge of allegiance, look down at your feet… No matter how hard I try, I always clinch to catch them from drifting into perfect formation.