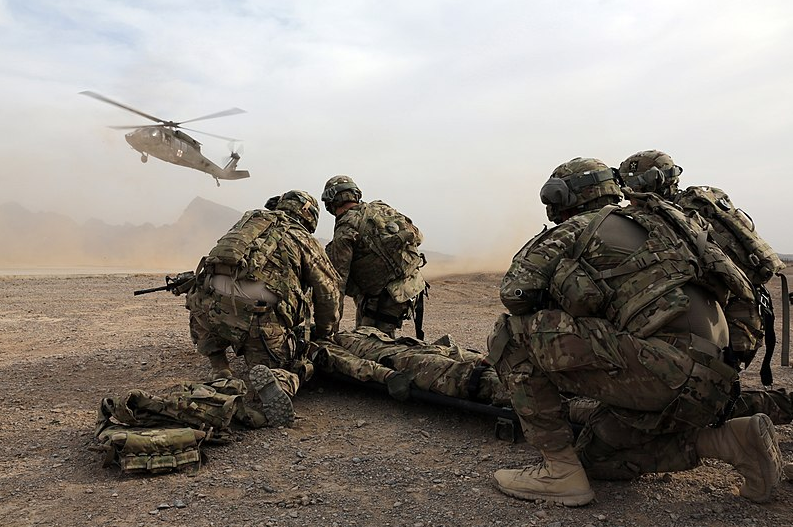 ” A warrior is defined by his scars, not his medals” – Matshona Dhiwayo

Many men vie for the shine, the glisten that comes from the medals and badges on his chest. For many men, it’s the driving force in a career, no matter the length. Few and far between learn to believe that the scars mean much more. I learned awards, ribbons, medals, and coins mean far less than the scar that came with them.

Sometimes the scars we maintain are so deep that no one, not even we can see all the pain. I earned my Purple Heart in combat next to my brothers. We bled and cried together, you can even say we all died together. Those fateful nights, when we were more than men but less than gods. We took lives as they tried to take ours.

In reality, I have many Purple Hearts yet none will be officially recognized until years down the road. When I’m an old man crumbling from the pain of this world. I hold them high in regard, battle scars because of who we lost. Who I lost, the one I pushed, and the one they took. Both are reminders of the world we made, the world we destroyed.

They say some wounds heal from the outside. But the pain remains on the inside. Like a stubborn child grabbing hold and not wanting to let go of their mother. It is true, I pushed him to be a better man, a warrior something he did not do. A frail 18-year-old on his first tour, oblivious of what we were truly meant to do. I pushed him to be what we had become after months in the slums. I pushed so much that now he’s gone, it’s no one’s fault but my own. Or is it his? Guess the world will never know.

The other man, laughed when I came to. The first time dragging me out of the metal fortress, now a pile of smithereens. Now a blazing fireball of bent metal sent from hell. The explosion ripped through us, the earth shook while their aim became true. I can still see the fragments flying through the dawn sky, through the background of red and blue. You meant the world to me, and taught me how to be a warrior, better yet to be a man and father.

The day I, we, lost you, seems like a blur from the only shot to the chinook. The blood still covers me as I hold you and we lift off. Dust bowls overtake the soil and you almost fell too. All I can recall is your last breath and how the Gatling guns burned through, aiming at the mountainside your shot came through. A shot that we felt for the months to come, a numbness that allowed us to become heartless. Making new caverns of complete darkness.

I was at the ramp and I carried you; the whole team climbed the ramp just for you. All saying goodbye as we missed it all from the viewing to your funeral. All that remained was a picture of us all together which no longer exists, and your flag which the team folded and gave to me. A crisp flag folded so neatly the corners could cut you. A flag is all I had left of you, every memory embedded in the stars. Every talk and cry was sewn in the white stripes. The blood we shed and the ones we lost became everlasting stripes of red. You were my best friend, my mentor, and the last thing I had, the last thing I knew. It’s gone and I can no longer be with you. Scared the memories will fade and one day I won’t even be able to see your face.

This first appeared in The Havok Journal on September 9, 2021.