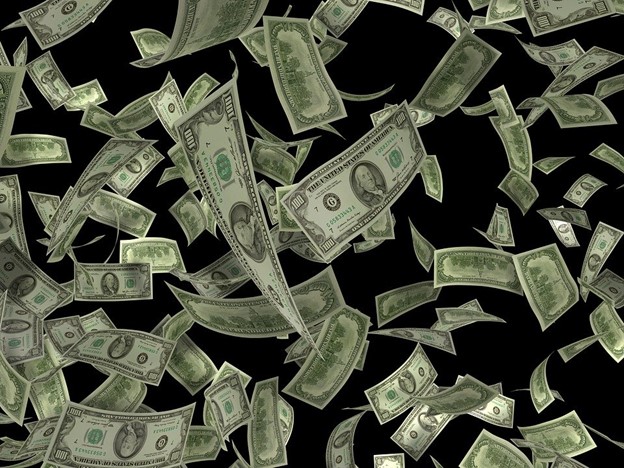 This first appeared in The Havok Journal on November 12, 2020.

In my last article, I talked about a U.S. megacorporation. Here are the opening paragraphs from that piece:

“There is a mega-corporation here in the U.S. where the CEO tells every employee that they must move up within the company and eventually achieve top executive status. Every entry-level role is expected to advance within a specified timeframe, and if you aren’t able to meet the advancement schedule you are summarily terminated. This requirement is levied on everyone: janitors, cafeteria workers, mailroom personnel, building maintenance – everyone.

Let’s look at an assembly line technician role. This position begins as entry-level into the company with just a high school diploma. Workers are taught the basic requirements of the job and are then quickly placed on the line. Hours are often long and the job is physically demanding, but many of the workers like the manual aspect of what they are doing and are happy to stay at that level long term.

But soon they are told it’s time to start supervising new assembly line workers. The company sends them to supervisor training which is often ineffectual and non-applicable to the new role. Some of them complain and say they don’t want to move up and they are happy at their current level. Management quickly reminds them that they have to move up or they will be terminated.”

Now this company also has some other practices that would put most others into bankruptcy or at least push workers into forming Unions and going out on strike.

One of the unique things about this company is that all their workers are salaried and nobody is paid by the hour and employees are also told that they are on the clock 24/7/365. Pay scales are set initially just by the date that you hire on and an entry-level janitor gets the same pay as an entry-level assembly line worker. But the catch is this. The janitors have a simple job and training is very short and at the end of eight hours, they go home. They only work weekdays and on the day shift.

The assembly line workers’ training is long and technically complex and critical to the product. If they do the job wrong then the product can malfunction and injure workers during testing or kill end-users. Production is often hampered by parts shortages and equipment breakdowns, but workers have to stay “on the clock” until the day’s quota is complete.

Often they work 12 – 14 hours a day and there are three shifts including weekends. Testing is normally done outside in all weather conditions, hot or cold, rain, or shine. The work itself is dangerous and exposes them to all the different types of hazards listed by OSHA. Many of them wind up with lifelong disabilities and shortened lifespans. And the kicker? They get the same paycheck as the janitor. To the penny. Plus they advance in pay at the same rate as the janitor.

Of course, if you read my last article you’ll know that I’m talking about the USAF except in this case the analogy applies to all the branches with some exceptions. There are some jobs such as EOD where there is a hazardous duty bonus but most civilians would laugh at the amount. Put yourself in the boots of these maintainers. Working 12-14 hour shifts, all hours of the day and often through weekends and away from their families even though they aren’t deployed. Now compare this to the person who works in the base gym handing out towels. Same pay. And after a while, these talented aircraft maintenance professionals look around and wonder why they are doing it.

Leadership promises change and yet for decades, nothing has happened. They give pizza parties and do Climate Surveys and give briefings. But after a while, everyone stops listening because the song remains the same. Try sitting in the back of the auditorium with the maintainers during a briefing about improving work-life balance. Listen to what they say, or don’t say. Look at their faces and all you will see is disbelief. All they know is that they are now two hours behind on work because they had to sit in a briefing. You might hear them make snide remarks to each other, but most likely you will just hear stone silence. How about a Family Day to help with morale? Now they are a day behind, or more because they had to “volunteer” to help with the setup and tear down of the hangar because leadership decided that was the best venue.

It amazes me how many leaders can stand in front of an audience and not be able to read them. But quite possibly they are only focusing on the first two rows, and we know who sits there right? The first two rows are the ones who always nod their heads, smile, applaud first and the longest, and agree with everything that’s said. So it’s no wonder that leaders think everyone is on board with their latest initiative. Meanwhile, morale continues to plummet and people continue to kill themselves. So let’s talk about solutions.

Right now the flying hour/ops tempo is outstripping available normal labor hours and has been for years. Translation: the AF is asking too few people to do too much. So reduce the flying requirement, but of course, I know that rocket is dead on the launchpad. For some, the next answer would be to up manning and that’s a good solution that benefits maintainers – three years from now because that’s how long it takes to get new people trained and productive.

Another option is to hire contractors with verified recent experience on the specific weapons system.

Perhaps the thing to do is what maintainers have suggested for decades and that’s to create a pay and shift differential. Pilots get flight pay and nobody bats an eye but suggests pay based on AFSC for Enlisted and people cover their ears. Monetary reward for the extra responsibility and long hours would go a long way towards improving morale. And improved morale means better retention and more experience on the flight line. And if you still don’t get it then think about this. More experience on the flight line equals improved Fully Mission Capable (FMC) rates.

Or you can keep the status quo and let the maintainers wonder where they went wrong when they see the towel distribution specialist at the gym making the same paycheck.

Of course, they are then going to want to cross-train into one of those cushy jobs and the applications start flooding in. But Mother AF knows that she’s already short of maintainers and can’t allow that to happen. So what’s the response? A memo from the Career Field Manager that says all cross-train requests will be automatically denied. True story. That policy was recently toned down with a, “we will consider on a case-by-case basis” but everyone knows what that means. What it means is that the gut reaction from the troops put egg on our faces so we have to save face by toning it down. The truth is that the damage is done with that memo and can’t be undone. The, “We care about you” narrative is seen for what it is– and that’s lip service. And that has already caused a bunch of people to push the button on getting out.

Want to do something that will be a concrete step to address the problem with maintainers? Give them shift and differential pay.

One thing to think about. Unless things have changed, aircraft maintenance is the single largest number of people in the Air Force. And they are the ones directly supporting Fly, Fight, Win. If you lose enough of them and their experience you end up with Not Mission Capable (NMC), Sit on the Ground, Lose.

Or just keep doing what you’re doing and give more briefings and talks about plans and pep talks. Or maybe morale shirt Friday or another pizza party.

Let me know how that turns out for you.

Dave Chamberlin holds a Master of Aeronautical Science in Aviation Management from Embry-Riddle Aeronautical University and is currently a senior maintenance training manager for Republic Airways. He is also a retired CMSgt, having served 4 years on active duty in the USAF and another 34 years in the Air National Guard. Dave has held a wide variety of technical, instructor, consultant, and leadership positions in his nearly 40 years of civilian and military aviation experience.