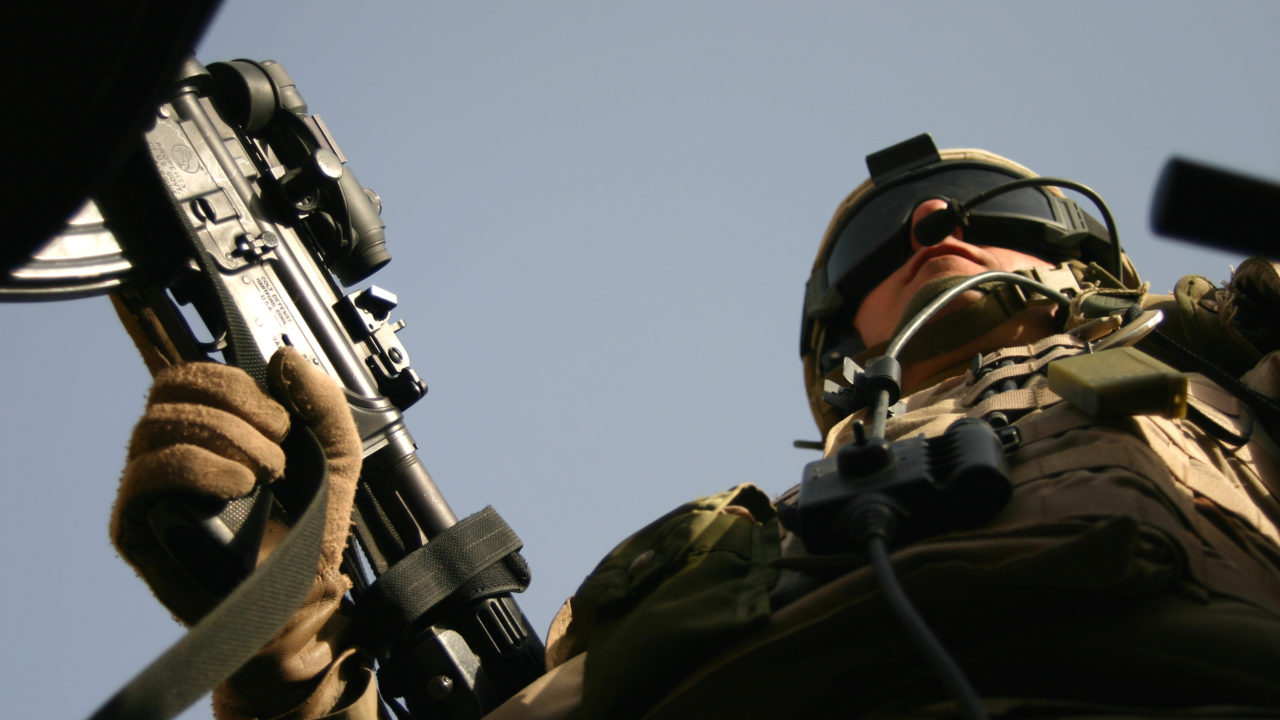 This first published in Frank’s blog on October 27, 2019. It is republished here with the author’s permission.

I rested for a day in Bryan, Texas, on the way home from El Paso. Sister Ann Catherine and I had just finished the Border Awareness Experience, and we were both a little ragged. Sister Ann Catherine spent the day with Shawn, my sister-in-law. Shawn had also been in El Paso for the five-day immersion program.

My son, Hans, had the day off from work, so I hung out with him and his family. Hans and I talked together, while we drank a six pack of beer. Somehow, the conversation turned toward our respective military experiences. We tend to end up on the topic.

It doesn’t happen very often, but sometimes Hans tells me something about Iraq that is truly disturbing. I am never prepared for that. His stories seem to come out of nowhere, and they hit me hard.

I mentioned to Hans that drone pilots (the uniformed men and women who kill people overseas with those weapons) suffer from PTSD. I told Hans that the difference between the drone operators and him is that they knew the people that they killed, because they tracked them for months, while Hans killed people who were strangers to him.

Hans stared at me for a moment.

Then he shook his head.

“Dad, that’s not true. I knew some of the people I killed.”

Then Hans told me a story.

“There were these farmers in Iraq. We knew them for months. They would bring us tea. Sometimes, they would give us food. We were friendly with them. There was the father and his sons. The mother was there too, with her daughters. Daughters don’t count for much over there.

Then somebody got to them.

We would always drive by their clay house, and they would wave at us. Then, one day they didn’t wave. There was AK-47 fire coming from the house. I was up in the turret of the CAMIN when they started shooting. We weren’t supposed to fire back until the turret got hit with a round. Well, I took a round (Hans pointed to his left shoulder). The bullet got stuck in the body armor, and it slammed me back against the turret. I was on the 240 (machine gun). I fired back.

The sergeant yelled at me about that, but, hell, I got hit! Fuck ’em. We tore that place up. That clay house just collapsed under the fire.

They were all dead. That whole family.”

Hans paused. His eyes blazed behind his glasses. Then he said,

“These drone guys, well, maybe they got ‘PTSD’, or something. Maybe they are messed up because they watched a scary video game. Those guys didn’t have to dig through a house to identify bodies. We found damn near a million dollars in cash under one of the beds. Somebody got to them.”

I walked over to Hans and hugged him. He’s taller than I am, and I just rest my head on his chest. I could smell the tobacco smoke. His body remained rigid. I let him go.

He told me, “I learned to fight dirty. That’s how I survived.”

He shook his head. Then he said,

Hans sighed, “I’m sorry, Dad. I should have told you before.”

This first appeared in The Havok Journal on February 19, 2021.