HomeCultureMilitary“Blessed are the Peacemakers?” The “Infinite Game” with the Taliban 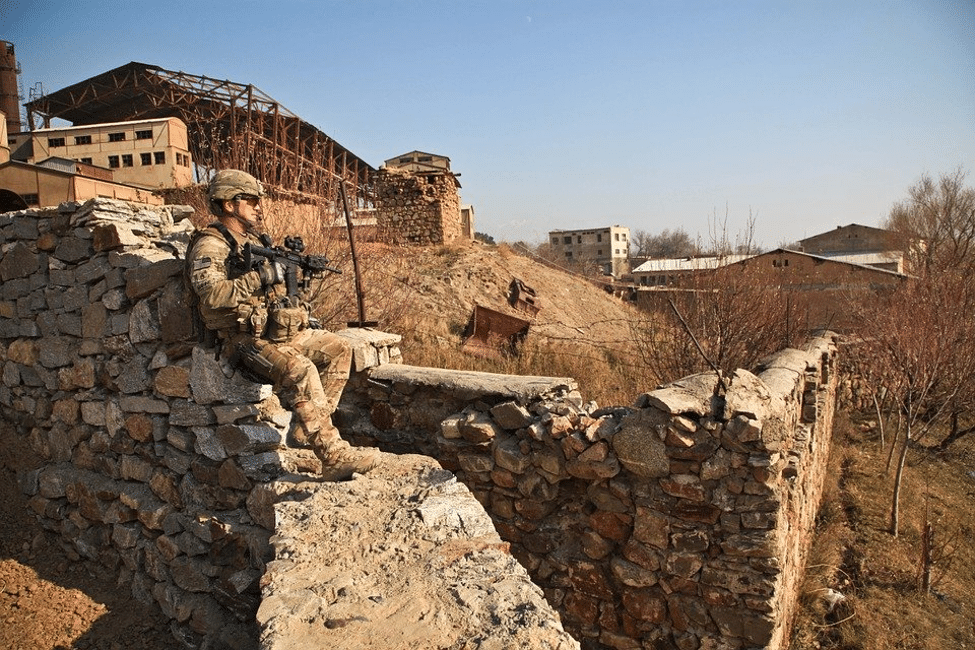 I have struggled with the concept of a Taliban “peace deal” for more than a year. This is a sentiment I suspect is shared by many veterans and service members who’ve served in Afghanistan or even Iraq. We are the 9/11 generation, “GWOT babies” who grew up on war, conflict, and fighting terrorists and insurgents. Why would we ever settle with them?

After 19 years, over 2,300 deaths, and well over 20,000 wounded, admittedly it will be hard to adjust to a drawdown that doesn’t end in absolute victory. But as I work through Simon Sinek’s book, The Infinite Game, I realize that’s a finite mindset, with only winners and losers. A finite mindset in an infinite game means we’re all doomed for disappointment. The enemy made their intentions clear. Fighting Taliban, ISIS, Al Qaeda, or any other Jihadi-Salafist organization is fighting an ideology manifested as a physical enemy – and wars of ideas are rarely won in absolute terms.

This enemy will never grant us a “Mount Suribachi moment,” where we hoist a flag, declare victory, and go home. Instead, without an agreement, they are content to drain our blood and treasure in their country, while others, like the Haqqani network, Iran, Russia, and Pakistan continue to try to play spoilers to progress. Adopting an infinite mindset is the right approach.

An infinite mindset allows us to view a reduction in violence period and negotiated settlement as a responsible conclusion to a conflict marred with many complexities near impossible to completely unpack. This is true even for those who spent a better part of their 20s and 30s bouncing in and out of country. However, understanding we swore an oath to our own ideas and the Constitution, we can understand in the infinite game of war and conflict, the end state of national security is an ongoing journey rather than a destination.

We never completely arrive at “safe.” We exist as a military, “to provide for the common defense.” In the process of raising our hands in the cause of our national defense, we find one of the most righteous forms of selfless service: a willingness to sacrifice yourself for ideals and for our fellow Americans. As President Reagan once said, “Freedom is never more than one generation from extinction.  It has to be fought for and defended by each generation.”

“But what about all our brothers and sisters we’ve lost over the years?” Trust me, I have not forgotten, and never will. Viewing the lives of those who paid the ultimate sacrifice as sunk cost only brings bitterness and regret. We honor them through our continued service, whether it is through twelve deployments to Afghanistan or bringing this war to a responsible conclusion so we never have to return. Would those we lost want to see us continue to be mired in conflict here or to go home and live the lives we dreamed of when we discussed it with them over beers at home or cigars on the roof of a connex in a faraway land? We honor their memories by serving in our cities, loving our neighbors, and becoming pillars of our future communities when we settle down. 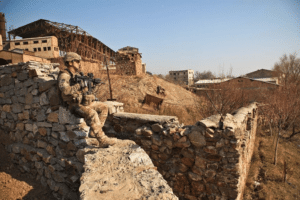 Channeling my inner Clausewitz, I realize a drawdown in Afghanistan aligns with current policies and politics. “America first” is a slogan the President believes in. Our job is to optimize efforts to maintain the ability to conduct enduring and sustainable counterterrorism. “MAGA” doesn’t stand for “Make Afghanistan Great Again.” Arguably, continued dabbling in Democratic Peace Theory and execution of the Powell Doctrine without a planned withdrawal has proven ineffective as a “one size fits all” for societies or conflicts.

We are a military in transition. After nearly 20 continuous years doing CT and counterinsurgency, we are now rebalancing towards Great Power Competition, Multi-Domain Operations, and Large Scale Combat Operations. Resources expended in the Middle East have come at a cost to our competitive advantage against near-peer threats like China and Russia. Reinvestment in technology, innovation, and focus on the Indo-Pacific region is now required. Great Power Competitors adopted infinite mindsets and are looking ahead, we need to as well. Shifting focus towards GPC doesn’t mean we are safer from violent extremist organizations. Jihadists will not quit focusing on their objectives against the “far enemy” just because we decided to move on. The ostrich effect benefits no one and will lull us into a false sense of security against this persistent threat.  Hubris could always lead us down the road towards another tragedy.

While we continue to progress through the coming months, we will have some success and endure setbacks. We will continue to fight terrorism and perhaps see a light in the endless tunnel of war. While we figure out the next steps, bouncing in and out of theater, we must invest in the “institutional viability” of our Afghan partners.  Helping the ANDSF provide for their own national security, albeit in a different manner than we do, is much better than our continued presence in its current state. This may mean we won’t completely leave, nor should we, so long as the Afghans want us to provide them assistance with hunting mutual enemies like ISIS-K, the tricky part of defining “success.”

Years of fighting in Afghanistan proved we cannot completely eliminate safe havens, but can certainly disrupt them. The ability to continue doing so with a reduced footprint, in concert with Afghan partners, will be part of the problem statement policymakers and military leaders have to sort out moving forward.

Perhaps this is how wars end or at least reduce in an infinite game. There will be no clear winner or loser. And, if you know anything about prospect theory and loss aversion, it will be very hard to compromise on particular topics. However, if the Intra-Afghan Negotiations take hold, who are we to impose on a solution they collectively work out? It is their country, and as long as we can be assured our homeland is never threatened again from their borders; do the Afghan people, who have endured war for over 40 continuous years, not deserve a chance at peace?

I read a quote once, “War does not determine who is right – only who is left.” We should not let previous losses cloud our judgment.  We remember our fallen, we honor their memory, and with our heads lifted to the sky, we can embrace the words of Paul in Philippians 3:14, we “press on.” We can look to the future with gratitude for those moments we had with those no longer here, and invest in future ones with our friends and family.

Maybe it’s time for those of us who are left to embrace change, be satisfied with our service, and recognize that despite the enemy’s best efforts, there’s not been another 9/11. And it’s on us, and those of in the generation behind us in the infinite game of national security, to keep it that way. Blessed are the Peacemakers.

This first appeared in The Havok Journal on February 29, 2020.