HomeCultureMilitaryAfghanistan: We Give You Our Dead, You Give Them Their Meaning 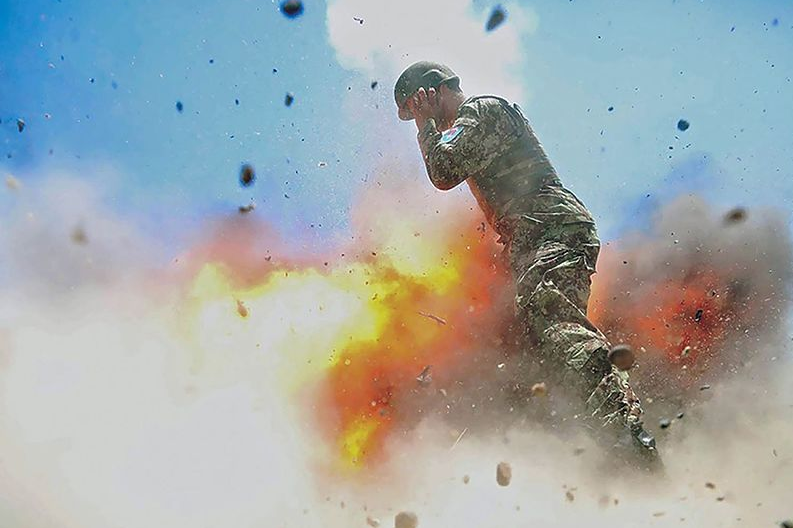 This first appeared in The Havok Journal on September 9, 2021.

I write this today, not as an individual, but as a Veteran of the wars of Afghanistan and Iraq. I’ve been monitoring reactions on social media and inner chat rooms and emails of true American patriots. I’ve compiled some thoughts of the community to share some of the more prescient points and the general feelings of Afghan War Vets, Wounded Warriors, Gold Star Families, Afghans now living in the U.S. who are now watching this play out from here, and not there.

There are no words to describe the swell of emotions our community felt these past few weeks. Words cannot accurately describe the situation, but if I had to put a finger on it, the word would most likely be DISAPPOINTMENT. Many let our community down, including national-level leadership currently misleading the American people on the situation, the closure, and the methods in which we irresponsibly caused an international incident. This situation was easily and predictably avoidable.

This is exactly what happened in Vietnam. Negotiations not involving our host country including behind the scenes, secret negotiations that the public didn’t see, and didn’t involve military buy-in, that forced the host country to accept enemy demands by threatening to withhold support. Support that we were never going to provide anyway. Our leadership pushed us to build a host nation in the likeness of the U.S., knowing it was not sustainable when we left and it would not work without us – specifically our air and other fire support, intelligence, and the over-reliance on “special units,” versus the ghost army of their conventional forces. We watched generals and civilian leadership cheerlead the creation of a house of cards including a military and economy based on U.S. and NATO presence and donations that was unsustainable for the Afghans upon our departure.

We lacked a whole of government approach, and yes, State failed again! We never embraced looking at the solutions through Afghan eyes. We never defined winning or what the desired end state was – especially from the beginning. We didn’t fight a 20-year war – no, it was 20, 1-year wars, with decisions driven by domestic election cycles. We watched the same thing after Vietnam play out in 2011 when people with teleprompters ran to declare success, only to see ISIS pour across the Syrian border into Iraq three years later. For many, this was when we watched our first war circle the drain. For the record, some of us know for a fact, that when American Soldiers vacated Bagram Airfield on 1 July, the shameful priorities of the U.S. Embassy in Kabul included: dealing with a self-inflicted outbreak of COVID due to a largely selfish and unvaccinated population of dilettantes AND planning their private Independence Day celebration. While those in the military with any wit watched with horror as we vacated our last strategic airbase in Afghanistan, the diplomats were holding party planning committee meetings only Michael Scott would be proud of at Dunder-Mifflin.

The pain and suffering of our Afghan partners, the visions and images of Afghans falling from jets, being executed by the Taliban, the blood running through the canal near the airport, and the DEATH of another 13 Americans (as well as scores of Afghans) is directly affiliated with poor decision-making and irresponsible judgment of the highest degree.

We deeply believed in our mission, and still do. We also deeply care for our partners, Afghans and Iraqis alike, in this fight against terrorism. Our collective heart breaks for the Afghan people, for those of foreign militaries we fought alongside, for the Gold Star families we deeply love, and for those warriors, we shed blood with. We come to you with a heavy heart and mind. The situation there has significantly worsened in the past few weeks. Marines dead, Navy Corpsman dead, a Soldier dead. There are countless Afghans dead and wounded, and many more to follow under the vicious rule of the Taliban.

How are we to reconcile all this given what our senior military leaders have told us about taking accountability in light of being fired if we screw up? How do you reconcile all this? Many of us, at the moment, are struggling to maintain our quiet professionalism and not speak up about what we SHOULD consider a failure of leadership and competence at the highest levels. As officers, and given the oath we take, when do we raise our hands and say that our senior leaders have messed up and demand accountability? How do we do it? Should we do it? Recently, a Marine Battalion Commander did so on social media and he was relieved. Is there a time and place to do this? Who holds our highest leaders to account if not us? Is this really the best we can do?

Most of us can agree this crisis has been poorly managed, and I’m afraid I think it will only get worse once we leave and the cameras stop rolling. I also think the moral injury we’re doing to the veteran and military community that have fought and bled with so many Afghans won’t be felt for a long time, and manifest itself in some pretty terrible ways. In the meantime, there are still HUNDREDS of Americans stranded in Afghanistan, hundreds more than what State is publicly stating. Blinken knows this and he is going on TV and lying to the American population. They have the list, they know it is longer than they’re stating on TV. Sadly, it will be the military that just gets told to go home, despite violating a number of military creeds by leaving fellow Americans behind. We put the State Department in the lead, and this is the end result, approved by the Commander in Chief.

To reinforce this concern, I’d like to share with you a text message I got from a buddy who worked feverishly to get some people out of Afghanistan and communicated with both State and some people on the ground in Kabul: “It appeared from my conversation that DoS is just treating this as business as usual. Unless something drastically changes, I don’t think there’s any chance SIV applicants that don’t already have it approved will get out by Aug 31.“ I have so many texts and photos from our Afghan buddies that should be shared… as I’m sure most all of us do. The hardest ones come repeatedly… “My last hope you,” and “thank you my friend, I wait for you.” For now, though, that message that DoS is utterly failing really needs to be pushed. For almost two decades we’ve put our faith in the SIV process as the saving grace for these guys, and besides a few token successes due to firm emphasis by committed U.S. patriots, it almost feels like the thing is a sham.”

We were lied to by our leadership. We’ve been let down, we demand accountability, and we need the American population to be the ones to hold our national leaders’ feet to the fire. We also need them to demand we push Congress, the VA, and the nation to prepare for the fallout. Now that all the Veterans of these wars are done participating in running underground railroads via chat rooms, secure apps, and sending folks not on the government books to get their buddies out of country, it’s time to pivot to providing the proper world-class mental and behavioral health that will be required to prevent yet another concerning upswing in suicides in our Tribe.

The only attempt at sharing anything positive or encouraging is not to the external audience – those in the political, policy, or armchair quarterback arenas – but rather those, who for the last 20 years have actually been in the REAL arena, the GWOT arena we all grew up in. Reach out to a buddy tonight, call them, text them, let them know they’re not alone, and remind them the work we did was honorable.

Don’t allow yourself to be the next casualty of this war by your own hand – you have too many out there who understand your pain and are willing to help. We precisely and compassionately executed our mission and shined a light in some of the darkest places on the globe. We did our job, we supported righteous endeavors. We ensured tens of thousands of terrorists never died from old age. For my Afghan brothers, you and your families continue to be in my thoughts and prayers. We now leave this mess to policy makers, historians, and the American people – we give you our dead, you give them their meaning. We charge all of you with now being a part of picking up the pieces.