HomeCultureMilitaryAfghanistan and the Sound of Silence 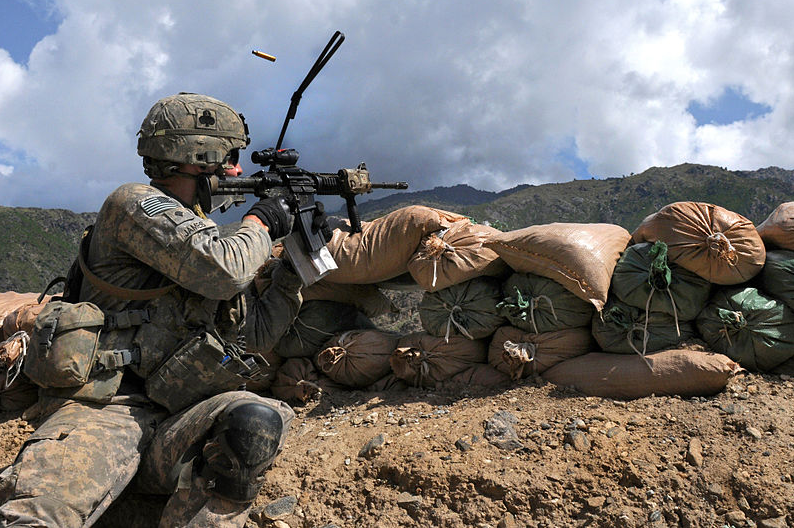 For many, silence is peace, and the sound of breaking waves off the coast or Carmel California is the most relaxing sound. It brings the inner peace that we all vie for, an escape from the turbulent world we live in. An inner utopia triggered by sounds of peace and harmony. Once more finding our center and coming whole, gathering the pieces that have strayed due to our day-to-day stress. The rat race of life, work, school, family, and self.

I have struggled with the idea of peace and silence since before I can remember. For me, the sound of waves crashing on the shore of Pebble Beach or Carmel, rushing back into the ocean taking back the sand and rocks, is disastrous. For me, winds flushing the plains as the tall grass billows amongst it is pain. Raindrops hitting a tin roof, air satiated by the same summer night rains that bring peace to many, bring me only hate and despair.

Silence is something I cannot tolerate–yet have been one with. Silence brings back the taste of blood and sweat. The moisture of the devilish godsent Hindu Kush at the start of the fighting season. The smell of spent brass and the smell of old iron willowing down the qalat peppered with death and dismay. The sound of Merels gliding across the moon dust as we move towards our target. Pebbles crunching beneath the weight of death coming to their doors.

Silence is too much an agonizing truth of what I have done and become. Silence makes me see what was and can no longer be, from me to the devil in me. So rather than face the truth I drown it out with music and mundane noise. Rage music brings peace to me and allows me to see the calm. Because I love the sound of silence and what it brought. The bearded bastards, the men who come at night, the green-eyed monsters. All titles we earned and have lived with, for so long that silence is the tormentor of times past. Men we used to be and wish we could have remained. Devils in the night sky, one with silence and death.

This first appeared in The Havok Journal on September 20, 2021.