HomeCultureMilitaryA PTSD Saliva Test and What It Could Mean for Warfighters 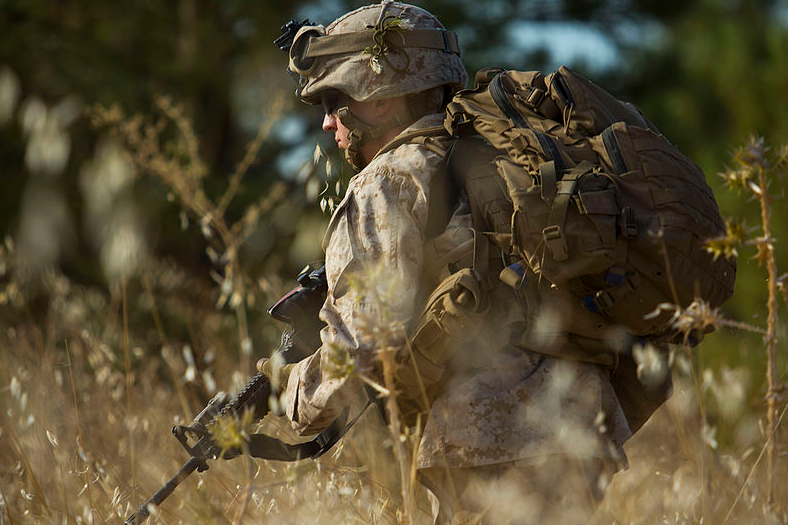 A recent study by researchers at Tel Aviv University and the University of Haifa involved using saliva to determine if a person has Post Traumatic Stress Disorder (PTSD). This is a possible game-changer on so many levels that I am not sure most people realize its potential impact.

Currently, there is a flaw in the system that defines PTSD based solely on reported behavior. PTSD is, in a sense, completely self-diagnosed. The only way to diagnose it is to ask questions and if certain questions are answered as “yes”–then you have PTSD. None of this is objective; subjective symptoms only. This means the potential for misdiagnosis and fraud is possible (you know it is happening in huge numbers). There is no x-ray, CT scan, or blood test that can detect PTSD.

The DoD is preparing to acquire a system that can analyze the blood of a Warrior who has received head trauma to determine if they have a traumatic brain injury. With this new research, the end goal is to analyze saliva to diagnose PTSD. If this pocket-sized tool can also identify PTSD, we will have cracked a hundreds-year-old code that has cost countless lives, personal ruin, family destruction, and billions of dollars in treatment and compensation.

This changes everything. First, it means diagnosing at an earlier level of care. If PTSD can be diagnosed by the average medic on the ground instead of requiring evacuation to a higher level of care, precious time can be saved. Time is valuable. A Warfighter’s time away from the unit hurts morale, reduces the effectiveness of the formation, and costs money. Evacuating a Warrior to higher echelons of care costs the military blade time and medical personnel time. During large-scale combat operations, this crowds evacuation platforms to the point of triage becoming detrimental to the Warrior’s recovery.

With this tool, a Warrior can be diagnosed right “on the battlefield.” There are medical personnel deployed throughout the battlefield, but those specialized in diagnosing PTSD are far removed from the front lines. Now, let’s discuss its application for Veterans.

If PTSD can be determined objectively, during service, there is no longer an issue with the Veterans’ Administration having to determine if someone really has PTSD and to what extent. This would dramatically reduce the backlog of claims, appeals, court battles, and time to treatment. This means no more witness statements, battle verification, letters from Commanders, etc. This also eliminates the number of false claims or misunderstandings of what the real problem is. I know that statement probably just perturbed many reading this. But let’s be honest, there are Warriors who are taking advantage of the system and claiming PTSD to get a monthly compensation. It is a small percentage, but it exists.

There is also a percentage of those diagnosed with PTSD who likely only have some variation of Adjustment Disorder. The anger, hypervigilance, and nightmares may not really be about a traumatic event, but about having spent a decade or more learning how to function a certain way. Now the stress of living a different chapter of life causes similar symptoms. This is not a fraud of the system, but rather a misdiagnosis of the problem due to a lack of objective assessment.

We know from research that PTSD left untreated is insidious and worsens over time. Imagine if your average medic could diagnose someone 15 minutes after experiencing a traumatic event! Treatment could begin immediately and not be delayed until after leaving the service. This also avoids the stigma of being in while having PTSD and provides an improved and more expedient path to recovery.

Let’s look at the cost of PTSD. The average cost of treating PTSD per year is roughly $6000 per person. In 2010, the VA spent about $48B on healthcare, with about 60% of that being for PTSD. Using old-school math, that is about $30B. If we could reduce the number of those with PTSD by even 1/30th, we would save $1B per year. How many new VA facilities would that buy to improve access to earned care for those in rural areas?

I have discussed much concerning time and money, maybe more than the health aspect of this possible breakthrough. That is not me being a cold, heartless, retired Senior NCO who only sees the bottom line. It is completely the opposite. With less time spent away from the battlefield, our forces are far more effective and will save more lives.

Warriors worried about their buddy who has been evacuated for a simple test will be less focused and more likely to make mistakes on the battlefield, causing other injuries or deaths. A VA healthcare system that saves millions of dollars previously spent on misdiagnosed PTSD can increase spending on access to care for Warriors living in rural areas. This would save countless lives. We know that those who get to the VA for care are less likely to commit suicide and, simply put, they live longer.

Being able to objectively detect PTSD in Warriors reduces, if not eliminates, the stigma. Reinforcement that PTSD is real, a genuine injury, specifically treatable, and not just weakness, increases the willingness to get treatment. In my previous article The Rhetoric of PTSD(I) – The Warrior Chapters I discussed the issue of PTSD vs PTSI and how it would affect the treatment if it were treated as an injury vs. some perceived inability to cope with stress.

If we can objectively identify PTSD through a medical test, we would dramatically reduce the stigma of PTSD. Let’s face it, at one point you either thought one of your Soldiers, leaders, or yourself was weak or couldn’t cope because they/you had PTSD. With an objective test, we can rid that foolish thought from our collective minds. The morale boost would be immeasurable. We would no longer feel as if we are letting someone down, are weak, or shouldn’t feel this way.

We never question someone who gets a blood test and has some form of cancer. If we can get a saliva test right on the battlefield, we stop questioning whether they are malingering or not. How much guilt do we carry when we leave the battlefield to get diagnosed or treated? How much shame do we feel when we must miss training our troops because we have a “medical appointment” at the military treatment facility? Early diagnosis of PTSD saves lives, hundreds of billions of dollars, and makes our military far more effective.

This study may be one of the most important steps forward in the medical treatment of our troops since the invention of penicillin.

Darren is a 2nd generation US Army retired Sergeant Major; was the founder and President of the Warrior Thunder Foundation, a Veteran nonprofit; developed combat equipment as a DoD civilian for 9 years, and now works for a consulting company that helps the Army modernize its equipment through the use of small and Service-Disabled Veteran-owned businesses as well as companies that employ people with disabilities. He writes a blog that can be found at www.warriorchapters.com