HomeCultureMilitaryA Disturbing Number of U.S. Troops are Declining the COVID-19 Vaccine; Here’s Why 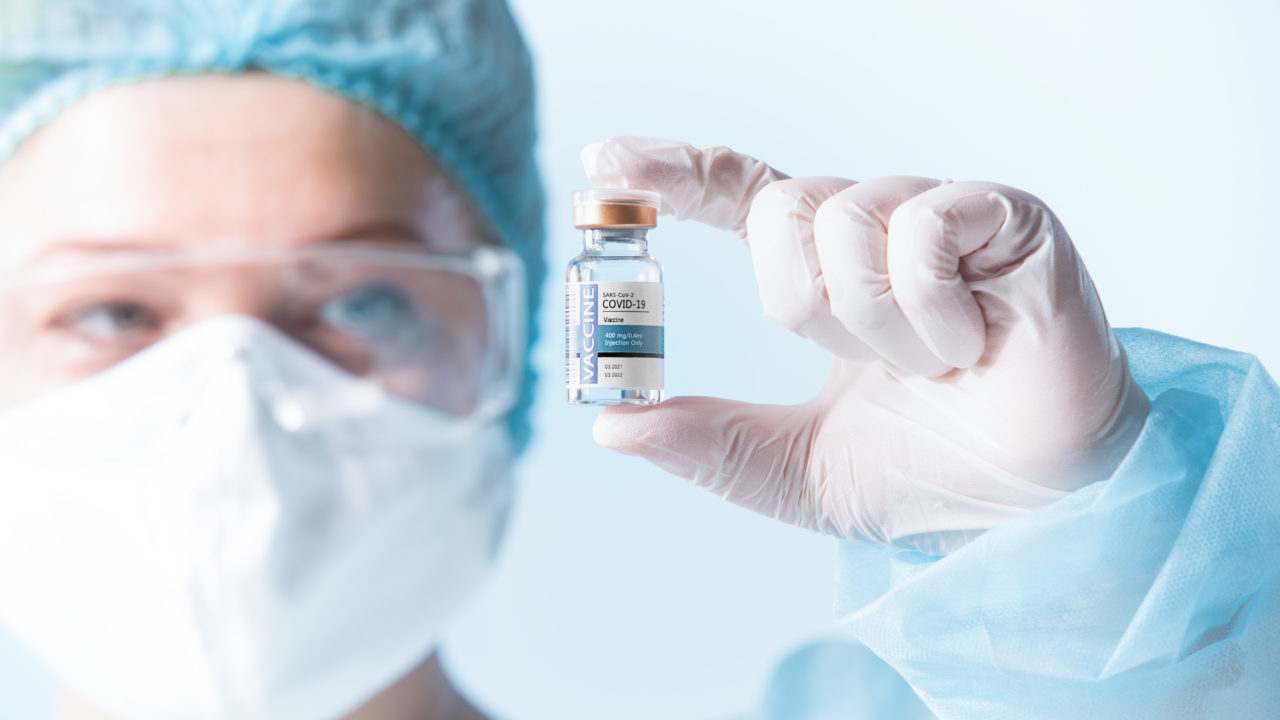 Over a third of the members of the U.S. military are declining the COVID-19 vaccine, a phenomenon that many politicians and senior military leaders find deeply concerning. The rate of non-vaccination is as much as nearly 40% in the Marine Corps, which at the time this article was written is so far is the only service publicly reporting their declination rates. The other military services (Army, Air Force, Coast Guard, and Navy) are expected to be experiencing a similar rate of vaccination refusal.

The question on the minds of the people who care about such things is, “Why?” Why are so many members of the military, most of whom get scores of vaccinations over their military career without a fuss, refusing this one?

Before providing some potential answers to this burning question, I feel that it is important to note that I received both COVID shots over a month ago and thus far have suffered no ill effects. My spouse is similarly vaccinated and we intend to eventually get our children vaccinated as well. In the cost/benefit analysis for our family, my wife and I felt that it was in our interest to get the jabs. The military gave me a personal choice, and I made a personal decision. Some of my colleagues made a different decision, and I respect that.

Others, however, are not so inclined. I have heard some individuals, including some senior leaders, question the intelligence or even mock individuals who chose not to take the vaccine, without taking the time to understand why those individuals made that decision. In speaking with several of my colleagues and co-workers about their reasons for declining the vaccine, I identified 7 or so main points that many of them share.  In the following paragraphs I present, in no particular order, their concerns and their rationale as they were articulated to me, so military decision-makers and the American people can understand why over a third of the military does not trust the vaccine that their Commander in Chief wants every American to take.

1)  It’s an experimental drug.
For all the right reasons, the various COVID-19 vaccines were rushed through research and development and FDA approval as part of “Operation Warp Speed.” While the vaccines appear to work as intended, there are still questions about both their efficacy and the potential side effects. Because it is experimental, service members cannot be legally required, for now at least, to submit to this new vaccination. The experimental nature of the various COVID-19 vaccines makes many people naturally skeptical, and service members have a deep suspicion of the military being used as an experiment, either socially or medically. And with good reason; after all, the anthrax vaccination debacle and the issues with the malaria drug mefloquine (which may have contributed to homicidal mental breakdowns both domestically and in war zones) are in the memories of many currently-serving military members.  And that doesn’t count the numerous experiments service members were exposed to in previous generations.

2)  The “cure” could be worse than the cause.
While the various COVID-19 vaccines are unquestionably saving lives, they are also killing people.   The COVID vaccines are not unique in this; a very small percentage of people have severe or even fatal reactions to all manner of vaccines. While most people who take any vaccine will not experience any serious symptoms, some will. The inescapable truth is that some people will die from taking the COVID vaccine, and some will die from not taking it. While the risks from the various COVID vaccines are small, they are not zero. In fact, the only way to ensure one does not die from the COVID-19 vaccine is… you guessed it, to not take the COVID-19 vaccine. And that’s why some troops are declining.

3)  It’s a choice.
Servicemembers are in a profession that inherently limits personal choices. So when presented the opportunity to exercise some decision-making, especially in conditions of distrust and uncertainty, it’s no wonder that so many are opting out.

4)  Most service members don’t see COVID-19 as a major threat.
The US military consists mainly of people who are either young, healthy or both. Young people tend to believe they are invincible, and healthy people tend to not be at as much of a risk for contracting a bad case of COVID.  So if they don’t think they need it, and they don’t have to take it, some people will choose not to.

5)  Lack of incentives.
For the most part, service members’ lives had not changed for the better after vaccinations. On my installation, we are still required to mask up, even when vaccinated, outdoors, and walking alone.  That seems pretty ridiculous if 1) the vaccine is effective and 2) vaccinated people can’t (probably?) spread the disease. Other than being vaccinated against COVID—which I appreciate—there has been no meaningful change in our COVID posture and no vaccination-related reduction in restrictions. The maintenance in restrictions is partly driven by President Biden’s Executive Order, and part of it is additive local restrictions. With no “see-able” results from the vaccination (we cannot see ourselves “not getting COVID”), there is not a lot of incentive to get an experimental vaccine that has potentially fatal side effects.

6)  It’s still early in the process.
We are still relatively early in the national vaccination process. As time goes by and trust and incentivization increase, more and more service members will start taking the vaccine. There will probably always be a sizeable minority of individuals who decline, but that will start dropping gradually over time.

7)  An Act of Political Resistance?
Some troops see the declination of the COVID vaccine as an act of political resistance, opting to make their bodies part of their politics.

Bottom line: it’s all about trust.
So those are the seven main reasons my colleagues and friends in the military have declined the COVID-19 vaccine.  But at the end of the day, all of the above reasons come down to one root cause:  trust.  Trust is the foundation of our military, and right now some service members simply don’t trust the science of the vaccine, or the politics behind it.  This is acknowledged by Secretary of Defense Lloyd Austin, who is quoted as saying “Because of some things that have happened in the past, there’s a degree of mistrust, and I think we have to collectively work hard to dispel rumors and to provide facts to people.”  He’s right.  Trust has been so eroded inside the military, largely because of things happening outside of the military, that the level of trust that is required to get troops to take an experimental drug for a disease they don’t think they will ever get and has something like a 98% survival rate, simply isn’t there.

How to boost the numbers.
The best way to increase the number of vaccinated service members is, of course, to make it mandatory instead of optional.  However, the Department of Defense should not do so until the vaccines have been through the usual (i.e. not emergency) FDA approval process.  Given time and testing, trust in the vaccines will naturally rise on their own, especially if troops see incentives (such as not having to wear a mask when outdoors and alone on a military installation) and if the rate of adverse affects remains low.

What to think about the refusal rates.
John Kerry’s assertions to the contrary, service members are not stupid. Nor are they a monolith. They are independent, thinking entities who are capable of making their own decisions. Given the circumstances, it’s only natural that a sizeable minority of them are opting out of an experimental medication that vaccinates them against a disease with a 98% survival rate, that they don’t think they will get in the first place, that could kill them, and that does not noticeably change their lives for the better even if they receive it. The current level of refusal will increase naturally over time, so for now it’s best to just keep putting the information out there and let the process take its course.

That’s not to say that there is no reason to be concerned, however. Trust in the military as a whole is down significantly, and trust within the military, as evidenced by the level of vaccine refusal, is also not good. There are many reasons for the declining levels of trust of, and in, the military. That lack of trust is a far better thing for us to worry about than the percentage of people in the military who have not (yet) taken an elective vaccination.