HomeCultureMilitary16 Years & They Still Don’t F***ing Get It 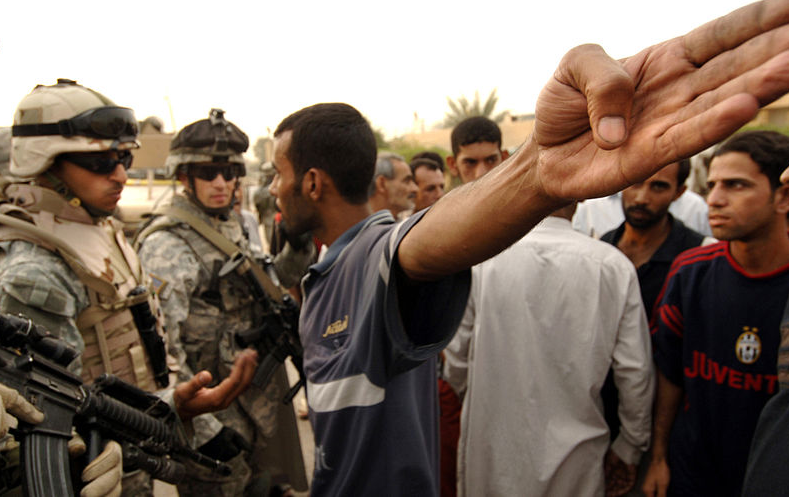 This first appeared in Britta’s blog, “Life After War” on April 8, 2018, and is republished with the author’s permission.

I am angry tonight. Angry at the lack of understanding that returning warriors have faced for millennia and I still must face in the broken hearts of those who have been fighting our goddamn wars for more than 16 years now….and still they come home to blatant insensitivity. Angry that any heart could not stretch its imagination enough to perceive what war does to the heart, mind, and soul. That anyone could have the arrogance to assume war is an adventure or something that you just get out of your system and move on from as if it didn’t happen. As if it doesn’t change you so much that you will never be the same. As if it’s not sacred ground.

Angry that warriors are sent off to war as “heroes” and turned into “untrustworthy, messed up, might-be-dangerous losers” when they come home to stay. Angry that PTSD is used as a label to let society wash its hands of the spiritual wounds of war.

Because guess what? War is difficult shit.

Guess what else? Life after war is difficult shit, too.

No. Don’t comment on this post to tell me that there ARE those who do care. I know there are. I know there are more that truly do care than those who don’t. I know for many people this just isn’t their issue, not their problem. They respect the troops and many are fighting hard for their warriors. I know that you are grateful and you mean well, and it’s not your fault that you don’t know what to say or not say.

And you know what? It’s still your fault. You choose not to learn. You choose not to see. You refuse to use your empathy to imagine how it might feel to be that warrior…and you do have empathy.  You don’t have any trouble imagining what that poor dog on Animal Cops feels like who’s suffered and needs some patience and love and acceptance. Oh, yes, you have empathy.

Even as I write this I know my anger is not going to do shit. Shaming you isn’t right, is it? Well, maybe shame is all that’s left. Sixteen years. You’ve had sixteen years to learn.

Someone I love once told me that I needed to understand that very few people would ever understand me. That is true. I accept that. Very few understand…perhaps only my warriors…why this even matters to me.

And writing this, I feel as if I’m speaking to an empty auditorium. Words vanishing into thin air. The people I’m angry with don’t give a fuck and if they haven’t in 16 years, they’re not going to now.

But I still do. Because their callous, hurtful, stupid words pierce my warriors’ hearts and leave them feeling more alone and isolated, and misunderstood than ever. Words that come from people who are supposed to actually care. Relatives. Family. Parents. Spouses. Lovers. Friends. Teachers. Employers. Pastors. Doctors. Therapists.

Why the fuck is it so hard for you to get it?

They’re not aliens! Can’t you see they are human beings? Where is your fucking courage? You can send them off to kill, but you can’t initiate a tough conversation? WTF? How hard is it to show compassion and say you don’t know what they’ve been through or how they feel, but you know it’s traumatic and hurts the heart and you are here for them and will do your best to understand because you are human, too? No judgment.

God, I’m railing at people who will never get it. Angry at them because they fail warriors I love. They fail. Yes, they do. I hear the impact of their failure. Because they fail, my warriors’ worlds get smaller and smaller. And before you pipe up with bullshit about how warriors don’t like to talk about it, and are a close-knit bunch…shut up and listen.

They talk when they feel safe. They talk when they trust you. They cry. They shiver. They fall apart. They refind their strength. They weep and mourn. They confess their fears and their failings. They open their hearts and let themselves be vulnerable and exposed…and trust me, that is the most terrifying position for any warrior to be in. But they do it because they are human.

These are the toughest souls you will ever meet and the most tender and fragile hearts. They don’t need you to cure them, they need you to accept them, to have some fucking respect for the sacred nature of what war does to the soul.

And maybe, to give them a little hope that while they will never be the same, they will always be human. And for that, they belong.