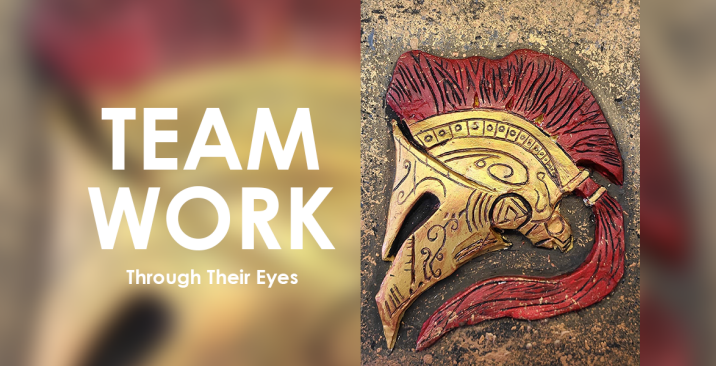 Most of us, watched in complete helplessness as the twin towers fell. Overwhelming emotions echoed throughout the country and the rest of the world. We felt angry, anxious, fearful, and sad.

But for Chad*, a now-retired member of the 75th Ranger Regiment, the memories tell a different story; he vividly recalls the moment he heard of the attacks.

“I was just coming home from training – some of our guys were about to turn in their boots because this was their last trip away from home. We looked at one another – and turned back around, boots in hand. We all knew this was just the beginning. No one turned in their gear that day.”

For Chad, it was his duty – it was his job – to fight. For Katherine, Chad’s wife, who was waiting at home for his return from training, it was part of her job description as well.

“When Chad called to tell me the news that he was going back to work, I only heard every other word. Between his explanation of the situation and the news reports, I didn’t know what to do, what to be fearful of, or who to be mad at. I just knew that we were in this together – and my husband was about to leave amid pandemonium, and I had no way of knowing what would happen to him or our family.”

Despite the opposing directions, deep down they both knew they could turn to each other and find solace. “That foundation, that knowledge that she was always there – kept me going more than not,” said Chad.

As time passed, it was just routine for Chad to come and go – his military career progressed, and deployments were more frequent than time spent at home. Katherine remained steadfast in her support for Chad. Bearing the weight of responsibilities at home, Chad fought the enemy overseas.

Realizing through the years that there truly was nothing that could be done to take away the scars of the attacks on that day, they witnessed as friends and families were torn apart by the grasps of war. Death seemed to surround them, from comrades not returning home, to those who returned a shell of their former selves.

Katherine needed an outlet – Chad was able to release his demons with his teammates, the men who understood what he fought internally. Wishing to understand more, she volunteered for a Gold Star family chapter. “I wanted to be there for the families who needed to rebuild. I quickly became the support system for my entire circle of friends. Nothing was as it should have been.”

On Chad’s last deployment, he suffered what would be later diagnosed as a severe cTBI (Combat Traumatic Brain Injury). He grew disconnected, angry, and frustrated with life at home with Katherine. The soldier who thrived inside him needed to find a purpose in his new life at home. “Chad being gone was all we knew for so long. And now he was home, and we didn’t know how to function together.”

Katherine quickly found herself numbing the frustrations by avoiding her husband altogether, while Chad unplugged from everything, utilizing the pain medications prescribed for his head injury to quiet the noise. Never answering his phone, loss of intimacy with his wife, even canceling his membership at the gym; Chad was barely a shadow of the man he once was.

After some time, Katherine became intimately aware of the changes in their marriage, “We were living with such hatred and frustration, but didn’t know who to blame it on.  Chad needed help, and I needed my husband back.”

Katherine’s pleas finally drove Chad to seek help. “I didn’t want it,” stated Chad. “I didn’t need help…or that’s at least I told myself. But Kat’s begging finally broke through. How could I be so selfish to protect strangers from harm, but I couldn’t even see that my own life, my own marriage was disintegrating before my eyes!?”

That realization not only saved their marriage but ultimately Chad’s life. Following an intense detox program, where Chad also received treatment for his TBI and PTS, Katherine and Chad made some major changes. The couple and life they had always known, needed a dramatic shift – and it needed to start at home.

Today, Katherine and Chad live life with every bit of excitement they had when they first met. They follow a strict routine of treatment and counseling sessions for Chad alone, as well as for them as a couple. Through continued therapy and counseling, this partnership has learned a lot about healing, fighting, and communication.

The team at Warriors Heart recognizes and understands the unique demands of our warriors and their families – and works to successfully navigate healing and recovery while in the company of people who personally understand individual experiences. Working to create a cultural shift to provide these warriors with the support they deserve, without the fear of appearing weak. At Warriors Heart, Warriors in every walk of life are treated, offering a variety of treatments for those undergoing the damaging effects of PTSD and MTBI, as well as chemical dependency. For those who have fought battles to defend our country and our citizens, fighting the battle against addiction, depression, and reintegration doesn’t need to be done alone.

If you or a warrior need help with addiction, PTS, or co-occurring issues, please contact Warriors Heart’s 24-hour hotline (844-448-2567) answered by warriors and/or visit https://warriorsheart.com.