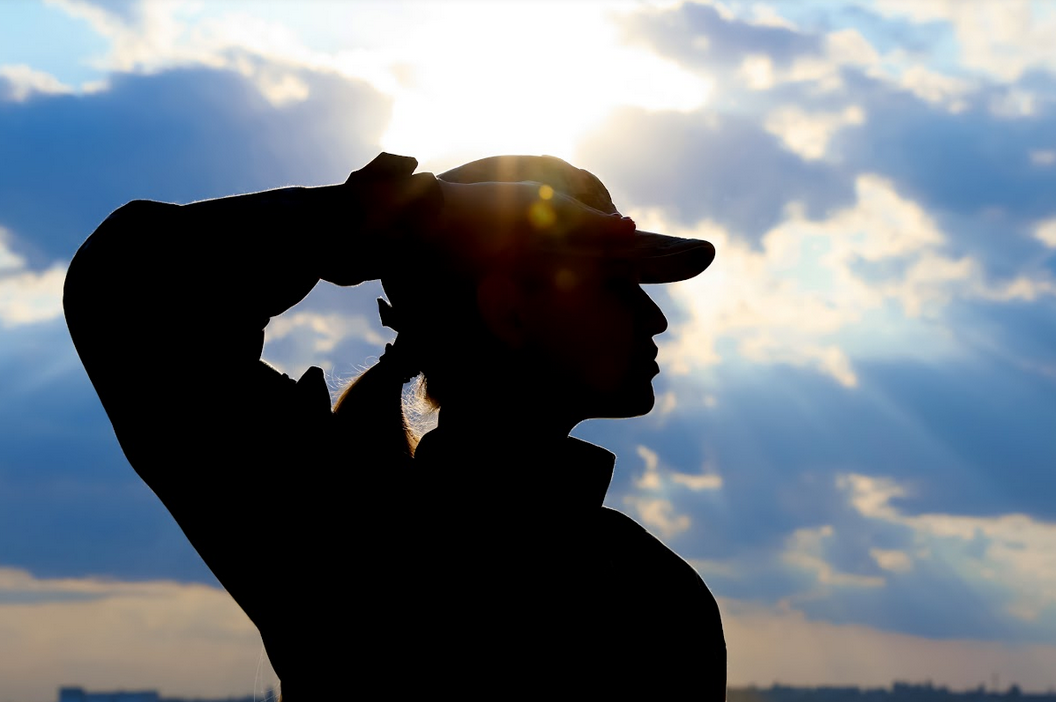 “Birthday parties are the worst,” recalls Sarah, a retired Army Captain having served for 15 years in the National Guard, Reserves, and on active duty. “When I was in the military, I grew accustomed to not being the only person in the room who looked like me. Now I’m the only mom with full [tattooed] sleeves who is more comfortable talking to the guys than the other housewives… and let’s not even start with balloons, and when they pop!”

Sarah is part of a growing population of female veterans who return from military service and have trouble transitioning to civilian life. While most can readjust after a period, a significant number of these veterans will go on to develop more serious conditions like PTSD.

The mother of a 17, 12, and 5-year-old, Sarah began to feel the guilt of being deployed for extended periods of time. “Oftentimes we are given little notice and have to be away from home for a year or more,” recalls Sarah. “Having to press pause on life at home as a wife and mother, became harder and harder with each deployment. I was missing major milestones that I’ll never get back. Milestones that every other mother was able to see.”

In addition to the feelings of neglect, Sarah began to feel the pressures of her marriage crumbling beneath her. “Not only was it difficult to return to a parenting role, to be a mom, but I was having more conflicts with my husband. We just couldn’t get on the same page – with anything. Especially after I was sexually assaulted during one of my final deployments.”

A number of women (and men) who have served in the military report experiencing military sexual trauma (MST), which includes any sexual activity where a Service member is involved against his or her will, such as insulting sexual comments, unwanted sexual advances or even sexual assault.

“Returning home to a husband who wouldn’t even look at me was hard. It was as if he thought I was just having an affair and blamed it on assault.” In most MST circumstances, the victim fails to report the incident for fear of not being believed or, that he or she would be deemed a “troublemaker” in the platoon.

Despite being recognized as one of the best soldiers in her unit, Sarah was stalked, harassed, and assaulted.

“It took just over a year for the whole process to finalize. I was fortunate enough to go to counseling where I was diagnosed with depression, anxiety disorder, and PTSD — all rooted from the assault and its aftermath.”

“As the population of women veterans grows, we are starting to learn more about the visible and invisible wounds women experience from their time in service,” stated Lisa Lannon, co-Founder of Warriors Heart. “With women veterans reporting deploying an average of three times, 84 percent to a combat zone, these women are more likely to experience moderate to severe PTSD than other service women who did not deploy to a combat zone. Females deal with PTSD on a very different level than their male counterparts – there is less substance abuse, and more internal, emotional struggles. Feelings of guilt, failure and inadequacies overwhelm them.”

Realizing through the years that there truly was nothing that could be done to take away the scars of the assault, Sarah had nowhere to turn.

“I struggled with my self-worth more than I would like to admit,” Sarah recalls. “I contemplated suicide more and more – and it wasn’t because I felt like a burden. It was the pain I felt every day, internally and in my life. I still have nightmares of the assault. But through some female-focused connection groups, I have found peace.”

Despite facing tremendous challenges, women warriors remain resilient and seek support, resources, and connections with other female veterans. The team at Warriors Heart recognizes and understands the unique demands of each warrior and their families – and works to successfully navigate healing and recovery while in the company of people who personally understand individual experiences. Working to create a cultural shift to provide these warriors with the support they deserve, without the fear of appearing weak. At Warriors Heart, Warriors in every walk of life are treated, offering a variety of treatments for those undergoing the damaging effects of PTSD and MTBI, as well as chemical dependency. For those who have fought battles to defend our country and our citizens, fighting the battle against addiction, depression, and reintegration doesn’t need to be done alone.

“Our responsibility as a nation is to work together to provide these warriors the care that will meet their unique needs now and in the future,” said Lannon.