HomeCultureMental Health & WellnessThe Many Different Forms of PTS  – Through Their Eyes 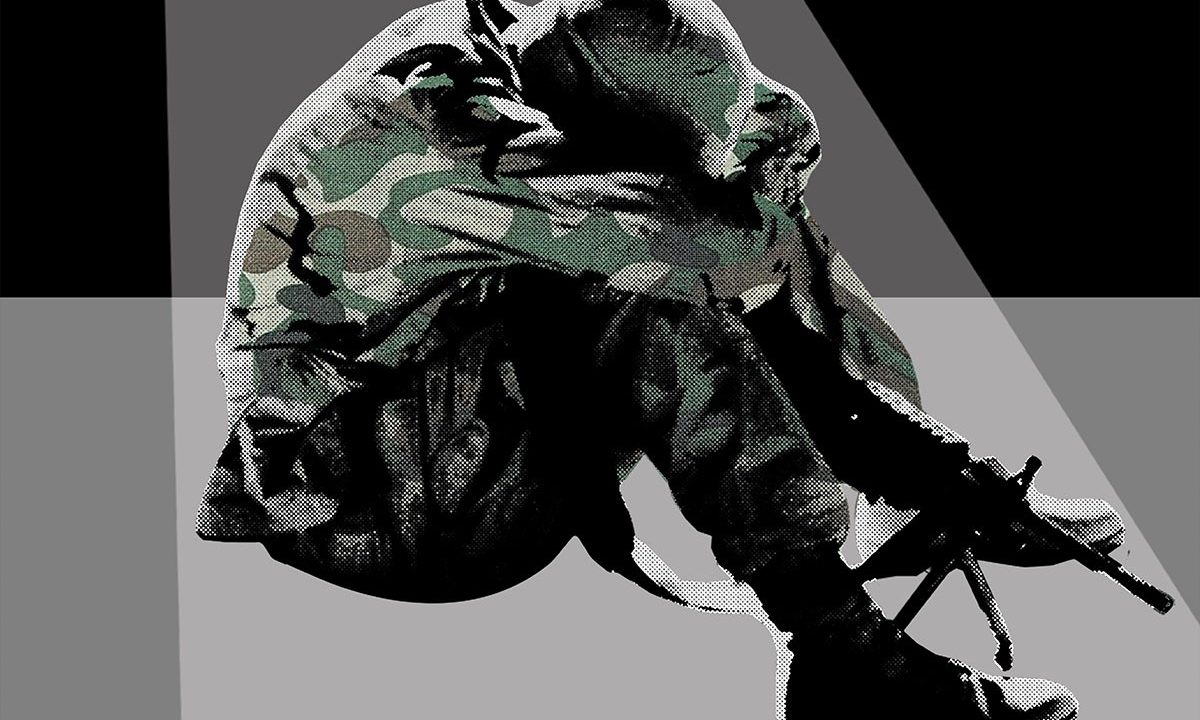 “I couldn’t tell you the last time we looked one another in the eye, said ‘I love you’ and meant it,” recalls *Jesse, a former Marine. “When we divorced, I thought that was it – then I went on my last deployment, came home, and needed someone. She was someone I knew and didn’t have to explain myself to. Next thing I knew… we were pregnant.”

For years, Jesse looked at his life and questioned everything, “Was I doing it right? Would my son resent me for remarrying his mother, knowing we didn’t love each other? Would he see right through us?!”

An all-too-common story told. That feeling of being “stuck,” when you’ve given everything you had to your family, fellow servicemen, and country.  Afflicted with a TBI while on deployment and suffering from severe PTS, Jesse had combined this internal prison with visions of pain, death, and suffering he’d witnessed first-hand.

He found himself having bouts of frustration and true anger, masking them with the release the painkillers gave him. “My doctor prescribed me with some really heavy stuff, to help with the migraines I was dealing with on a daily basis.” Soon the medications became less about the headaches brought on by his TBI, and more by the lies he was living.

Exhausted, Jesse lived every day “only partially sober.” He functioned for his son, putting on a smile and ensuring he was at every game.  A gentle giant, he avoided conflict as much as possible and felt confident that friends would see nothing wrong with him because he and his wife looked and acted normal together.

What they didn’t see, was that the loneliness in a crowded room became his most profound isolation. He retracted from trusting anyone or reaching out. He hated who he was, wanted to mute the visions of war he saw every time he closed his eyes, and sought every opportunity to escape the life he was living, outside of time with his son, with the painkillers.

Eventually, Jesse resorted to “less corporate” medications – because of the frequency he was refilling his prescriptions. “I needed to be high to put on a smile,” recalls Jesse. “I didn’t know how to fake it anymore, without the help of a chemical.”

Jesse’s once piercing-blue eyes became grey. His smile faded permanently, and his laughter (a true belly laugh that could get the entire room giggling) was silent. “I was merely a shell of a man.”

“There are many different forms of PTS,” stated Tom Spooner, Co-Founder of Warriors Heart. “You can’t simply look at someone suffering from trauma and expect to treat them the same. Volunteer PTS, which is most common in Military and First Responders, requires a much different level of care than that of victim PTS. The trauma is different; therefore, the healing must be as well.”

One of the main concerns of dealing with those suffering with PTS is that it’s not visible. “You don’t see a missing limb, scars, or burns,” stated Spooner. “To the outside world, you don’t appear any different from the person standing beside you. You’re not special, you have no issue, no disability to really claim. For many, they don’t feel as though their issue, isn’t severe enough.”

The battlefield at home has proven to be a far greater foe than any frontline – domestic or overseas. Veterans, active members of the military, first responders, and firefighters are often faced with traumatic events during their service. The experiences they live each day slowly cause a feeling of dread that can lead to PTS and unravel into a dependency on alcohol and substance abuse as they seek comfort from nightmares, flashbacks, and more; further heightening the damage caused by the memories of those events.

Many of our nation’s heroes are faced with fighting this personal war, every day. They’ve used alcohol, prescription medication, or self-medication to reduce the impact of these memories. However, life hasn’t become easier. In fact, these surface-level managements only seem to drive deeper into that darkness.

Warriors Heart – a private treatment facility, exclusively for Warriors, providing care for addiction, chemical dependency & PTS for active military, veterans, law enforcement, and first responders – understands the unique demands of our warriors, and works to successfully navigate healing and recovery while in the company of people who personally understand each experience.

Warriors Heart recognizes the need for a cultural shift to provide these warriors with the support they deserve, without the stigma of appearing fragile; offering a sanctuary for sick and suffering members of the Warrior community to come together under one common goal – to recover.

There is a well-known saying among veterans and first responders, “The only one that knows what a soldier is going through is another soldier.”

Regardless of how strong you are, and how fit for battle you might believe yourself to be, some battles require a force. Warriors Heart knows first-hand the magnitudes of being in battle and provides a place where that mentality, warriors helping warriors, resides in the hearts of every member of the team. Other warriors and team members personally connect with those who have reached a point in their life where they think they have nothing to live for; showing them that strength is found in this unique facility, that simply and truly believes in the power of the warrior community, the power of each human who walks through the door of Warriors Heart and the power of each graduate who proudly emerges through the gates after graduation.

Ecclesiastes 4:12  And though a man might prevail against one who is alone, two will withstand him—a threefold cord is not quickly broken.

If you or a warrior need help with addiction, PTS, or co-occurring issues, please contact Warriors Heart’s 24-hour hotline (844-448-2567) answered by warriors, and/or visit https://warriorsheart.com.