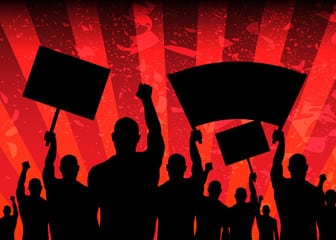 Maroon 5 is a great band, and I have been a fan of their music for a number of years.  They are also one of the few A-list music acts willing to sign on for this year’s Superbowl halftime show due to enormous pressure for a boycott from the political left.  Apparently, the nation’s political elite (and the NFL’s wealthy corporate sponsors) want a washed-up quarterback to get his job back, and the NFL wants to prevent all the real and imagined racism within the nation’s police force.  Or something.*

Anyway, Maroon 5’s agreement to do the show is kind of odd, given the band’s politics.  You need look no further than the video for their latest hit, “Girls Like You” to see it.  The video link is below.  If the politics are unclear to you, check out the Wikipedia entry for the song.

This is a brilliant move for Maroon 5.  First of all, they obtain the prestige of headlining one of the most-viewed sporting events in the world.  And they receive the paycheck that goes with it.  Then, they get to virtue-signal to the world while purposely generating such an enormous political controversy that they will be talked about for YEARS after.  The virtue signaling is important.  In fact, I think for this band, in these times, it’s existential.

And as we’ve seen from Dick’s Sporting Goods, Nike, Gillette, and politicians across the country, in addition to protecting your brand from social media outrage and sometimes even physical violence, virtue signaling is very, very good for business.  It’s also good for the NFL, who can now appeal to both the right and the left of the political spectrum by using Maroon 5 as a proxy to appeal to the half of their audience/sponsors/players who support Colin Kaepernick and the political left, while at the same time placating their constituents on the right by acting like they are “doing something” about players kneeling during the national anthem.

Addressing enormous negative feedback from their fans and their colleagues in the entertainment industry, the band assures everyone with political concerns that “they will be heard” during the halftime show.  And I’m sure they will be heard—bigly.  Whatever Maroon 5 are planning, it’s going to be big, it’s going to be hugely controversial, and it’s going to be far-left.  It will definitely involve Black Lives Matter and the NFL kneeling controversy, probably immigration and “the wall,” and a laundry list of other left-leaning talking points.  This gig has to.  Otherwise, you don’t get invited to certain parties anymore.  Album sales and concert attendance drop.  You don’t get entertainers, talk-show hosts, beautiful movie stars, and Jennifer Freakin’ Lopez to dance around sexily in your videos anymore.  Your fans will turn on you.  Even worse, by taking a gig like this and NOT turning into a political spectacle, you’d be showing the world you’re no longer “woke.”  And in this Age of Social Justice, “wokeness” is all.  In fact, I see no reason for Maroon Five to NOT to make a far-left political spectacle during the Superbowl. After all, Beyonce got away with it… 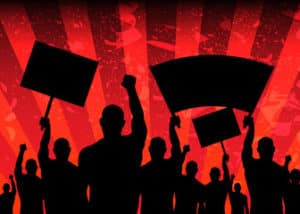 In fact, if I were Maroon 5, I would have had my agent on the phone with Colin Kaepernick as soon as the ink was dry on the Superbowl contract, asking “Hey Kaep, got any plans for Sunday, 3 February?”  Imagine the heads that will explode if Colin Kaepernick walks out during Maroon 5’s set and the whole band takes a knee with him.  I don’t expect that to happen, but it something involving him definitely will.  It has to.

*Yes I know this is a gross over-simplification of a complex and controversial subject.  This is an op-ed.  If you don’t like it, write your own.  You know where to send the hate mail.