HomeCultureMajor Justin Fitch: I Lost A Hero Today. So Did You. 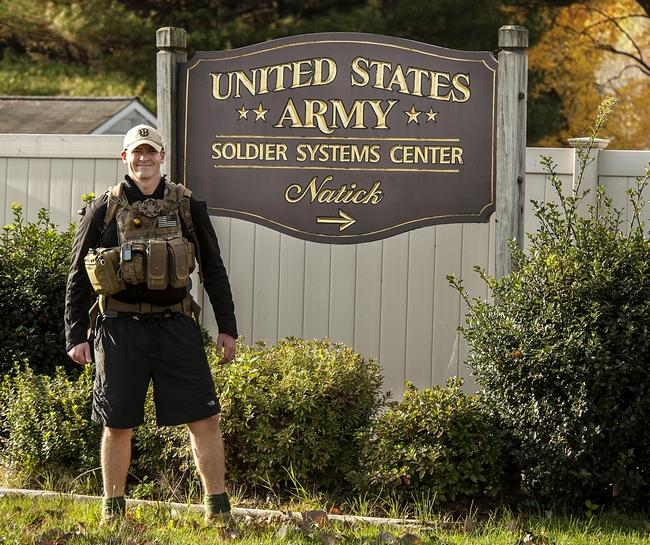 “The basic building block of selfless service is the commitment of each team member to go a little further, endure a little longer, and look a little closer to see how he or she can add to the effort.” – The Army Values

I woke up this morning to terrible news. It was news I knew was coming one day, but it hurt nonetheless. Justin Fitch had died. 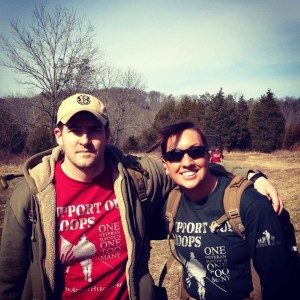 You probably know about Justin, even if you might not recognize his name. Justin was an Army captain diagnosed with stage IV colon cancer and chose to spend his dying days on a final mission to help veterans combat suicide.

I met Justin Fitch on a parade field at Fort Benning. He was a young, fresh-faced lieutenant who had just graduated from Michigan Tech and reported to Fort Benning to embark on a career as an Army officer. Justin and ended up in a squad together.

Over the next few months we’d spent countless hours together trying to stay awake in a Building 4 classroom during lectures about “machine gun math,” offensive and defensive operations, and how to write and issue operations orders. We spent weeks under rucksacks throughout Fort Benning. The heat and humidity ensured we were always soaking wet, whether because of rain, sweat, or both.

We dumped gallons of sweat into the grass during morning PT under the tutelage of our instructor, a tabbed Army captain from the 82nd Airborne who had a borderline sadistic dedication to physical fitness. Aside from grueling runs of long distances and fast paces, the captain routinely filled our downtime with buddy carries or impromptu combatives matches. Justin sweated more than any human being I had ever met. Seriously, at the end of PT, he looked like he had jumped into a lake in his PT uniform.

Over the years we stayed in touch. We exchanged tales of which of our friends were deploying where and with what units, we lost a classmate to an IED in Rashaad, Iraq, and Justin began posting a series of entertaining YouTube videos. They were generally of him discussing the latest cool guy tactical gear, competing in shooting matches, or reviewing different beers. Those were the good times.

Unknown to me at the time, Justin had suffered a serious bout of depression while he was deployed in Iraq. After losing a close friend and colleague, Justin almost took his life. He sought help and overcame his depression. He deployed again. A few years later, Justin learned he had colon cancer. At first he seemed to have beaten it, but it came back. With a vengeance. Stage IV colon cancer was the diagnosis. Unsurvivable. 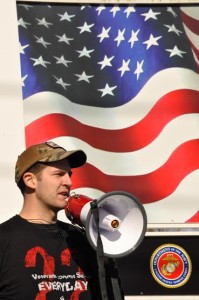 Then he decided to become a hero.

Words like hero, bravery, and inspiration get thrown around with great abandon these days. It really takes very little to become someone’s inspiring hero of the day. Have the right job, write the right song, or take a challenging acting role and you can be a hero today. Justin Fitch became an actual hero.

Instead of living in self-pity (which would have been perfectly acceptable under the circumstances) or taking his own life, Justin got involved. He assigned himself what he referred to as his final mission. He would dedicate the remainder of his life – whether that meant weeks, months, or years – to improving the lives of veterans. Specifically, to increasing awareness of and support to veterans at risk of suicide.

In 2013, Justin got involved with the non-profit organization, Carry the Fallen, and their parent organization, Active Heroes. Carry the Fallen had been organizing a series of ruck marches in different cities to raise awareness for the crisis of veteran suicides and to raise money to help fight the problem. Specifically, they were raising money to build a 140-acre veterans’ retreat in Shepherdsville, Kentucky. They envisioned a place where veterans and their families could go and seek solitude and heal through activities close to nature…all free of charge.

Justin formed Team Minutemen in Boston while he was stationed at Fort Devens. They ruck marched the famous Boston Marathon course raising money and awareness. Always staying active in Team Minutemen events, despite the progression of his cancer and his more frequent chemotherapy treatments, Justin literally ruck marched until he could no longer physically do so. Over time, his efforts involved less of him ruck marching the courses and involved more of his role as a supporter making sure his teammates were hydrated and had everything they needed.

Whether at his healthiest or at his weakest, Justin was always an aggressive and effective promoter for the cause.

As he got more involved with the promoting and fundraising aspects of things, he also became heavily involved in the media promotion. Even the “if it bleeds, it leads” media seemed to be inspired by Justin’s story – an active duty combat veteran dying but refusing to give up while his brothers and sisters were still in need. To a certain extent, he became the face of Carry the Fallen. But there was a quieter mission and one that Justin embraced just as vigorously.

Justin, who himself had struggled with thoughts of suicide, could not bear the thought of another veteran dying by his or her own hands. He reached out to his fellow warriors on a very personal and quiet basis, well out of the spotlight.

“He’d give his cellphone number to anyone who might need it and tell them to call him day or night if they were in need,” said fellow Team Minuteman member, Joe Smith, “and his phone rang all the time with vets reaching out to him for help.”

Justin lectured to a group of masters’ students at Boston University about issues involving combat PTSD and trauma. He stressed to them the need for service members to have a sense of resiliency. In the end, he told the students that for a struggling veteran to survive, they would have to have two things – a battle buddy and a mission.

“It was everything to him,” said Smith, who described Justin as the living embodiment of the fourth Army Value – Selfless Service.

Last summer, Justin reached out to Chive Charities and requested their assistance in raising the $78,000 needed to build the first cabin at the Active Heroes Retreat. Touched by Justin’s story, they jumped on board to help. They launched a fund raising campaign that raised over $300,000.00 in 24 hours.

Shortly afterwards, Justin entered the hospital for what would be the last time.

Justin and I spoke regularly…although not often enough. He decried the labels “hero” and “inspirational.” He said he just wanted to help his fellow veterans. He wanted to complete his final mission and use every day he had left to better his community. I always tried to keep the conversations or Facebook messaging upbeat. I never mentioned the 800 pound gorilla in the room. We knew it was there, so it didn’t bear mentioning.

On Sunday morning, I woke up, grabbed a cup of coffee, and turned on my computer to learn that Justin had died.

And I had lost a hero.

Originally published in The Rhino Den on October 5, 2015.