HomeCultureLifeWhat is the One Bite Rule for Dogs? 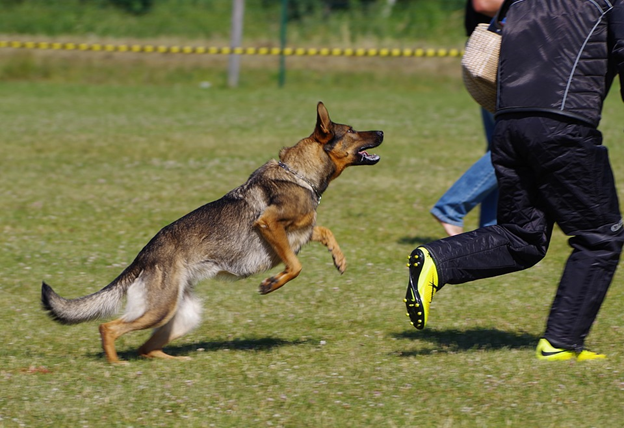 The adoption or purchase of a dog can be hugely beneficial both for the owner and for the dog as they both receive the love and companionship that makes their lives much better. The care and well-being of a dog requires a lot of commitment but most owners would agree that it is worth it. While many dogs exhibit love and affection for their owners, the same cannot always be said for strangers, and in some cases a dog may end up attacking and biting another person.

That can be traumatic for the person who got bit, but also for the owner because they could end up facing serious consequences for the actions of their dog. That is why anyone who has been bitten by a dog should contact a dog bite attorney to find out their legal options. If you live in San Diego, then you can go to getinjuryanswers.com to learn how they can help you after a dog bite.

The One Bite Rule

The one bite rule states that a dog owner is liable if they knew that their pet had expressed aggressive tendencies before they bit someone. The rule does not mean that a dog has to bite someone before they are considered to be aggressive or dangerous, it means that the dog must have exhibited the kind of behaviour that would be considered harmful to others. That could mean growling, barking, or lunging at strangers.

Despite the name, the one bite rule does not just apply to biting, it also encompasses other types of actions that can cause harm. That includes knocking people over or pawing and scratching at people. As long as the action causes harm, the owner can be held liable, especially if they were aware that their dog had a propensity for that kind of behaviour.

Exceptions to the Rule

This can be tricky in cases where the one bite rule comes into effect because the owner can simply claim that they were unaware of their dog’s vicious nature. However, there are identifying signs that any attentive owner should realize are hints that their dog might be dangerous:

The purpose of the dog – If the dog is meant to be a guard dog or was previously used for fighting, then the owner should know that it might attack people unprovoked.

There were previous complaints about the dog – If other people complained about the aggressiveness of the dog before, then the owner should have been aware that it could harm others.

There can be other warning signs as well, but the issue is whether the owner heeded them and tried to warn others about the dog, or if they ignored the signals and the dog ended up hurting someone as a result.

Contact an Attorney If You Were Bitten By a Dog

Regardless of whether the one bite rule is in effect or not, you should contact an attorney if you were the victim of an unprovoked attack by a dog. The attorney will hold the owner of the dog accountable and do their best to make sure that you get the compensation that you deserve.