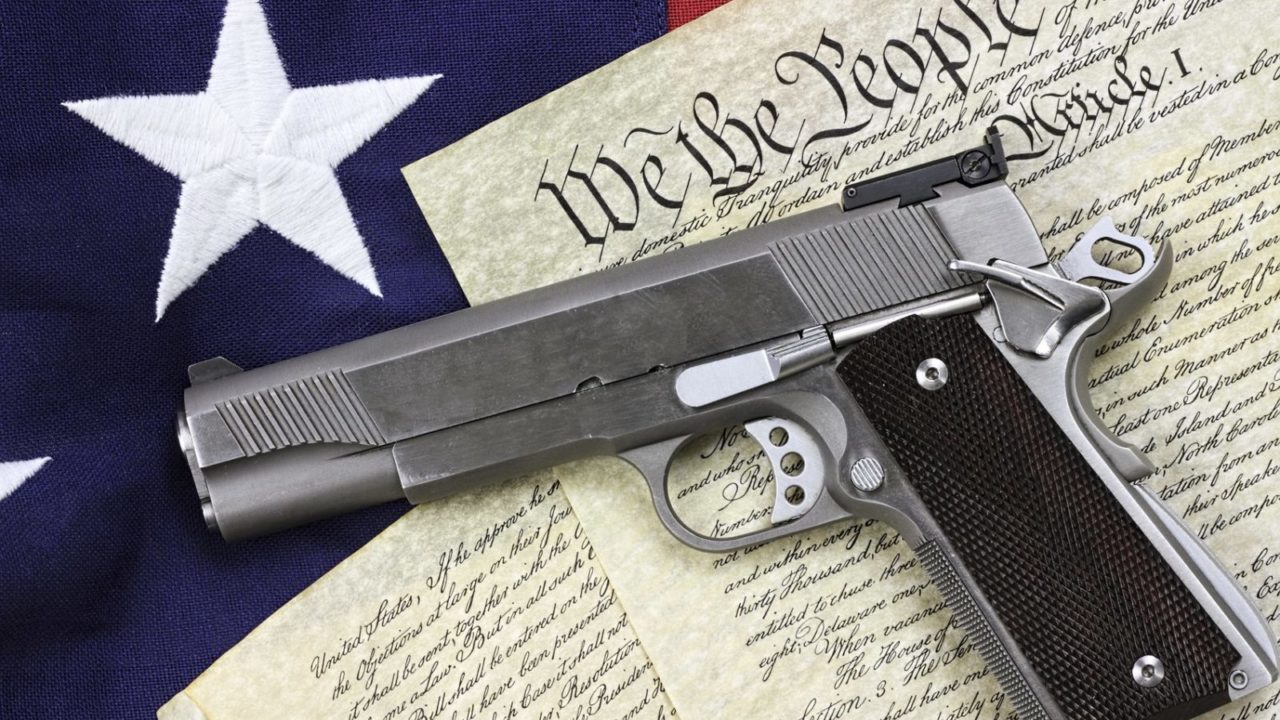 Yes, this is written from a place of arrogance. So be it.

But sometimes arrogance is earned, and such is the case here. Given what I see being bandied about on the topic of gun control, the title is warranted.

I spent several years in the gun lobby where it was, quite literally, my 8-5 job to research gun laws at the state and national level, to include their history both in the long and short terms. I was up-to-speed on where gun laws came from, who started them, and how effective they are from a multi-variant analysis perspective.

In addition to holding a bachelor’s and master’s degree in highly relevant fields, it is a subject I have studied from multiple angles for decades just as a hobby. I currently work in the gun industry, so understanding firearms—and how people interact with them—is not just something I have a passing interest in. I take every job I’ve ever done very seriously and want to understand the subject matter (from all possible angles) to the best of my ability.

So when I see some arguments being forwarded, it is easy to see, almost instantly, their origin being rooted in almost complete ignorance. I’m going to present a couple here just for the purpose of smashing them with the proverbial, written-word version of Thor’s Hammer.

I hope it both amuses and enrages you, because that’s apparently what society wants, right? Give them games!

What fascinates me most about this proposal is how many self-labeled “conservative” people are pushing it. The same demographic talking about “personal responsibility” apparently thinks it’s A-OK to remove that very thing from fully grown individuals.

Well, guess what, buckaroos—we do have a maturity issue in this society, but it’s in the exact opposite direction that the solution wants to go.

One of the biggest problems right now is that we are allowing childhood to be prolonged far beyond what it should be—and what nature intended. Highly esteemed psychologist Robert Epstein—a pretty conservative- and liberty-minded guy, despite his educational pedigree—has done extensive work showing that we are actually doing a great deal of harm to our populace by perpetuating this myth that human beings are “kids” until their 20s.

But it doesn’t even require broad, psychological studies and experiments to know this because we can figure it out on our own. Look back into the not-too-distant past—say, 100 to 200 years ago—and ask: what were 14-19-year-olds doing back then? And did we have fewer or more problems with things like anxiety, depression, suicide, etc. in our young adults?

Point of fact, we can look at other societies today who allow their children to grow up faster and ask the same questions. As Dr. Epstein (and others) shows, America is leading the pack in terms of psychological disorders with young adults—and yet we want to move in the opposite direction of fixing it?

Make no mistake, if you want to continue the whiny, prolonged, I-deserve-a-trophy-for-everything mindset, the best way to do it is to enforce, by law, a way to extend childhood and remove responsibility from young adults. In other words, raising the age for anything is self-contradictory to a society that wants to foster productive, responsible people.

Additionally, until I see the individuals arguing for this simultaneously arguing for a raising of the age for being drafted and joining the military, then I’m going to point out that you’re a hypocrite and don’t understand consistent logical thought. If they are not “adult” enough to own a firearm, then they are not adult enough to join the military. It is not only inconsistent to argue otherwise, it also flies in the face of originalist intent regarding the Constitution.

Chew on that for a bit.

The bottom line is that we are coddling our youth and letting them believe they can be children far beyond when they should be. Furthering this via legislative effort increases the already existing problems in ways that are, ironically, fundamentally in opposition to what self-labeled “conservatives” see as a healthy society.

Whenever I see this as a suggestion, my first thought is that the person does not really understand how government—either at the state or national level—works. Or, more importantly, how it doesn’t work.

My second thought is that they fundamentally don’t understand how it would or wouldn’t work with this discipline known as “psychology” and medical science as a whole.

A few questions for those who argue this as a solution: who decides what is and is not a viable psychological screening? The same legislators who don’t understand basic mathematics? And who gets access to the medical records of the applicants—your local sheriffs? State legislators? Police departments? And who makes the go/no-go argument after reading your evaluation—clerks at the sheriff’s department?

Yeah, screw those HIPAA Laws, am I right?!?

For those who think some super-duper highly-educated psychologist is going to be making the call on these things, I’d like to direct your attention to the Veterans Administration and its method of deciding who and who does not receive a disability rating, and what gets done with appeals to those claims. To say that it is a woefully inefficient and highly inaccurate debacle would be the grossest of understatements.

Now expand that on a much grander scale for firearms purchases, because I have news for you: there are far more of those than there are veterans (and as well there should be).

Still want to follow that path for a “solution”?

Again, the fact that so-called conservatives are in favor of this is mind-numbing to me, given the serious implications it has against the concept of Natural Rights. But therein lies a massive problem with this debate, anyway—no one in today’s society operates with an understanding of what that term means.

Listen, the topic of Natural Rights—whether they’re a real thing or not—is actually pretty messy. It gets fairly deep real quickly after asking a few questions.

But what is, or at least should be, straightforward enough is the concept that if we accept that we do have these things called “rights,” then a consistent application of them is in order, and saying people need an extensive—and invasive—inquiry into something as esoteric and fluid as their “state of mind” is decidedly not consistent with how we apply that term in, well, every other Constitutional instance of it.

Unless, of course, you all want to do some psych-evals prior to being allowed your other “rights”?

Yeah, that’s what I thought…

As far as I can tell, there is but one logically consistent gun control argument, at least at the national level.

Seriously, beyond that, none of these arguments make sense. If you want to amend the Constitution to say that the Second Amendment is either invalid or that it needs to mean something else, then the Constitution allows for that. Pretending, however, that the Second Amendment isn’t there or that it means something different than what it does—or that “rights” don’t really mean what people like Jefferson and Madison thought they meant—is intellectually vacuous.

But as pointed out above, these arguments fall apart before we even get to the Constitution. People’s desire to DO SOMETHING usually stems from nothing deeper than a knee-jerk, reactionary framework that makes them feel like they care and doesn’t carry any philosophical substance.  So their solutions are on the level of most legislative efforts—to paraphrase Henry Hazlitt all those decades ago, they fail to see the big picture and look only at what is right in front of them; they sacrifice the long-term for the short-gain.

The topic of crazy people doing crazy shit and hurting a lot of people in the process is a societal issue that far transcends “guns are bad!” I think there is obvious evidence suggesting that we have a growing mental health problem in this country, but keeping in line with basic scientific analysis, it’s easy to see that firearms don’t cause mental health problems, but rather become a tool for those who already have them.

Does that mean nothing can be done? Oh, I think there is plenty that can be done, but they mostly involve steps that no one wants to take.

That’s probably an issue for another time, though. The purpose here was just to point out some of the lunacy going on now and how easy it is to smash.

I’m sure this will enrage all those with their already-held opinions that are based mostly in Fantasy Land, so I’ll crawl back into my retirement from writing on this topic while they launch Keyboard D-Day on me.