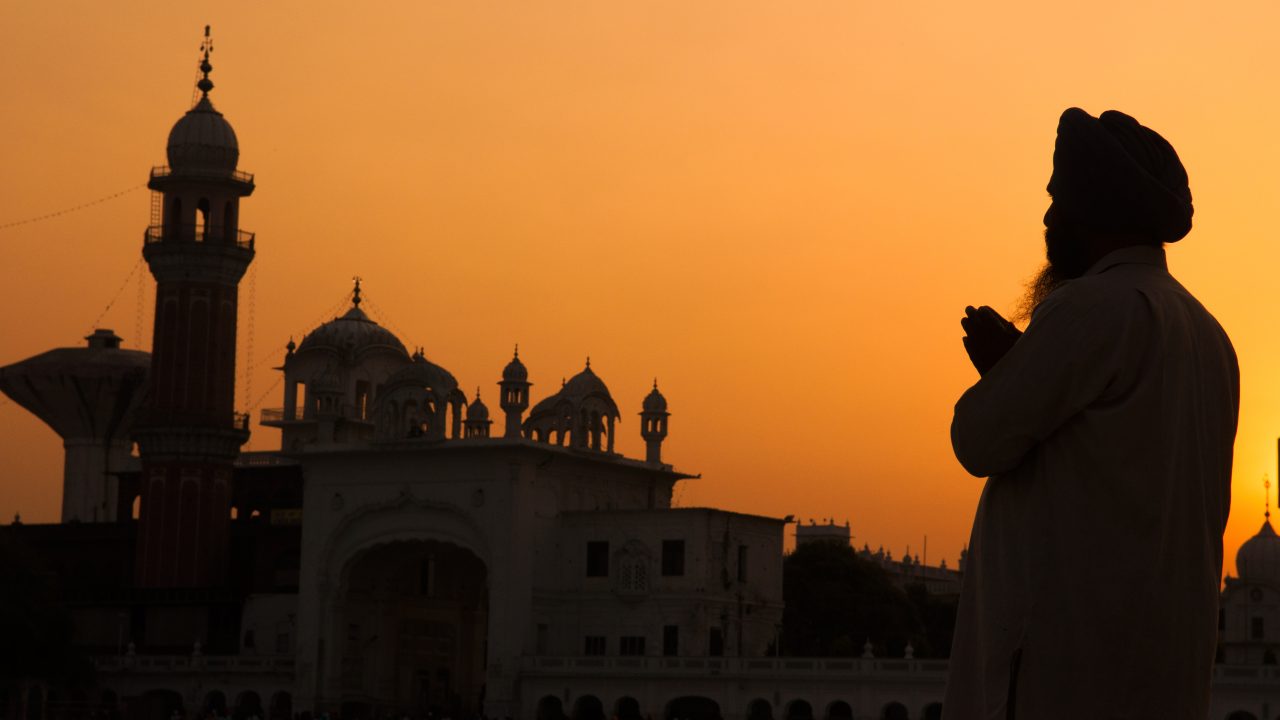 This first appeared in Frank’s blog on August 6, 2022. It is republished here with the author’s permission.

Yesterday I went to the Sikh Temple in Oak Creek to pray. I hadn’t been there for quite a while. I used to sit in the temple and meditate regularly. That doesn’t happen much anymore. Since COVID, and especially since my wife and I became the full-time caregivers for our toddler grandson, Asher, I find it difficult to get away from home and sit in the hall of the gurdwara. I don’t remember exactly when I started praying in the temple, but I know it was more than a decade ago.

I walked into the temple around noontime. There were not many people there. I prefer it like that. I had thought that the gurdwara might be crowded since yesterday was the tenth anniversary of the shooting that occurred there. I remember what a shock the massacre was for me at the time, but now this sort of mindless killing seems commonplace. Before the white supremacist barged into the temple and blew away six Sikhs, the temple was open to anyone at any time. I used to just walk straight into the worship space and have a seat on the floor. I can’t do that anymore.

I knew one of the people who were murdered, Satwant Singh. I didn’t know him well. I only met him once or twice. He was a friendly, outgoing man who welcomed me warmly into the temple. He told me to call him “Sammy” since nobody seemed to be able to remember “Satwant.” When I heard about the killings that happened at the temple, it wasn’t news of some far-off tragedy. It was close and personal for me.

When I entered the temple yesterday, one of the priests smiled and welcomed me. He’s an old man with a flowing grey beard and dark, friendly eyes. His English is minimal. and my Punjabi is nonexistent. We have known each other for years, but we really don’t know hardly anything about each other. I assume that he must be from Punjab since almost everybody there is. He always makes sure that I get a handful of prashad the food that is offered to each guest who prays in the temple. I can never leave there without the man ensuring that I eat something.

Shoeless and with my head covered, I sat on the floor in the worship area with my back to the wall. The altar covering was bright orange. The Sikhs use a variety of coverings, each of them in vibrant colors. A woman was reading from their holy book. She had started the recitation of the Arhand Path, something that lasts for 48 hours. The reading sounded like chanting, and I didn’t understand a word of it. No matter. The recitation was soothing, and it helped me to pray. I felt at peace.

I left after half an hour. As I left the meditation hall, I saw a young man who obviously was a visitor. He didn’t look Indian. He was tall and fair, with curly blond hair. He had piercing blue eyes.

He was taking off his sandals and putting on a headscarf. I greeted him. He said hi to me. He asked me why I was there. I told him that I used to come to the temple a lot, but now I couldn’t do that very often. I told him that the temple was a very peaceful place.

The young man was edgy. I could see that in his eyes and hear it in his voice. He said to me, “Yeah, it’s a peaceful place. It’s a holy place. It’s probably the most holy place in Milwaukee.”

Then he asked me, “Are you going to the vigil tonight?”

“No, I don’t go anywhere in the evening. I help care for my little grandson.”

He asked me, “Did you know any of the people who got killed?”

“I knew one of them, but not very well.”

“What do you think the killer was thinking?”

“I don’t know. I wasn’t there when it happened.”

The man shifted gears and said angrily, “I think that the Bible is all bullshit, you know? My whole family is Lutheran. I think that this Christianity stuff is just something the Roman Empire forced on everybody.”

Then he said, “I’m Scandinavian. Why should I care about the God of Israel?”

I considered telling the young man that I go to a synagogue frequently but thought better of it. It wouldn’t help to tell him I was Catholic either.

He went on, “You know what I like about the Sikhs? They don’t promise anything. They don’t know what happens when you die, so they don’t act like they know.”

I felt like the conversation was going in a bad direction, so I wished the man well. He left me standing near the front door.

I hope that he found peace in the sanctuary. I think that maybe he needs even more than I do.