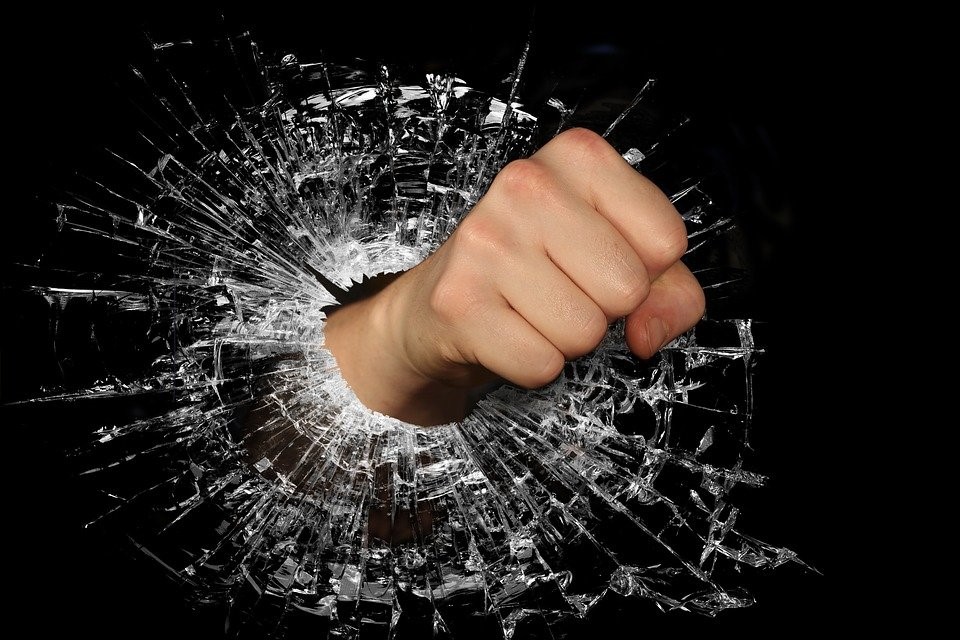 It feels weird that the idea of the boogaloo has become, if not mainstream, then at least a major tributary of the public awareness. This time last year, if you were “in the know,” chances are you were hanging out in some fairly obscure corners of the internet. Or at least, you had friends who were, and didn’t mind ending up in Facebook jail for posting memes about it.

But, well, to put it mildly, shit got weird this last year. My meager 30 years on this rock we call Earth is but a brief, unmemorable fragment compared to the whole of human, or even American, history. But I can’t be alone in thinking the crazy quotient is higher than it’s been in a long, long time. I mean, for crying out loud, in any normal time period, the Trump impeachment trial would be the biggest, most talked about thing in the news cycle for at least a year, especially in a year leading up to a Presidential election.

And then some dude had to go and eat a bat.

I’ll be the first to admit it. I seriously underestimated how badly this whole COVID-19 thing was gonna hit the world. The earliest information out suggested that it wasn’t really anything to worry about, so long as people took reasonable precautions. But then we saw what happened when people didn’t take reasonable precautions, and a whole lot of people got really scared, really fast. And next thing you know, it seems the entire planet has ground to a halt.

Entire industries are on the verge of collapse. Large swaths of the population are out of work, temporarily or otherwise. Governments are assuming extraordinary levels of control over the lives of everyday citizens for the purpose of slowing the spread and flattening the curve. People are scared, and bored, and angry.

So far, especially here in America, people have come together in a way we’ve not seen in decades. A few malcontents doing things like hoarding and profiteering aside, most everyone seems to be remarkably onboard with the idea of helping out to reduce the overall burden. Congress, for once willing to put aside it’s usual petty squabbling with a minimum of face-saving, passed a massive relief package. Things are scary, but it looks like the best of humanity is out to play.

So why, then, am I seeing so much talk about the boogaloo from both the Left and the Right?

For the Right, the main concern is that, once the crisis is over, these new, fairly unprecedented powers assumed by all levels of government are here to stay. No one seems to be really questioning the constitutionality of things like stay-at-home orders, on the fairly reasonable grounds that extraordinary times call for extraordinary measures.

As a whole, we’ve all more or less accepted the idea that when the lives of millions are on the line, it’s better to act quickly and decisively than to sit around and dicker over the details. Whatever you might think of the idea of government-mandated closure of restaurants, bars, gathering places, etc, you’re probably at least willing to go along to get along until we’re out of the crisis.

But once it’s over? There are an awful lot of folks looking awfully hard at their local, state, and federal governments to see if they’re going to give up those powers. And if they don’t, well, there’s a decent chance that someone is gonna try to cowabunga. How successful they’ll be is anyone’s guess.

On the Left, there’s long been a simmering undercurrent of resentment against the current economic status quo. The fact that Bernie’s on his way to losing a second primary notwithstanding, there’s an awful lot of folks who look at the current state of the world and can’t help but feel that the odds have been stacked against them. They’re looking for a chance to tilt things back in their favor.

Between things like crippling student debt, the skyrocketing costs of home ownership and medical care, and a lack of representation in government (which is typically seen as a rich man’s game), it’s no wonder that many folks who would have lived comfortably in the middle class a mere generation ago, are upset at the state of things.

You can argue the validity of their points until the cows come home, but there’s one thing you can’t argue: the first of the month is coming up, a lot of people are out of work, and a lot of landlords are going to still expect rent checks to be paid.

Tenants around the country are organizing “rent strikes”, basically coming together to declare that they won’t be paying rent so long as they’re out of work and not getting paid. This, of course, creates something of a problem. Under the pre-crisis rules, if you don’t pay, you get evicted. Some landlords are willing to work with their tenants to help them through hard times, but others are merciless. In either case, the law is firmly on their side. So long as they go through the proper steps to make it all legal, they’ve essentially got carte blanche when it comes to kicking people out for nonpayment.

But now? As of this writing, with the first of April around the corner, this whole rent strike thing is still fairly fringe. It’s an aspect of the COVID-19 crisis that isn’t really on the radar of public awareness. But all it’ll take for that to change is one asshole to do the wrong thing at the wrong time. If everyone plays it cool, we’ve an established way forward for the duration of the shutdown. But there’s always that one asshole.

And that’s where things get interesting, and possibly, bipartisan. See, the boog boys already have a fairly strong antiauthoritarian streak. To say that they’re not quite thrilled with the attitudes of the police in many parts of the country towards the common citizen is an understatement. I won’t get into the rhetoric, because frankly there are too many buzzwords to keep track of, but suffice to say, they don’t take kindly to what they see as an abuse of power.

All it takes is one asshole trying to mass-evict their tenants for nonpayment. All it takes is one judge to take their side, and one police department to decide to enforce the ruling. And suddenly, you’ve got a different sort of crisis altogether, one that has the potential to turn ugly on an epic scale.

From there? I’ll grant that my track record for estimating the severity of a given crisis has taken a beating in recent months. That said, so long as everyone pumps the brakes, a single incident probably won’t crystallize into a full on big igloo. But the chance exists, and since it’s five in the morning, I’m bored as hell, and we need those precious clicks, I thought it might be fun to engage in some wild-ass speculation.

And here we are. I like to think of it as something to look forward to. If nothing else, the memes are going to be dope.