HomeCultureJudge “Light on the Right” by Merit, Not the Merit Badge 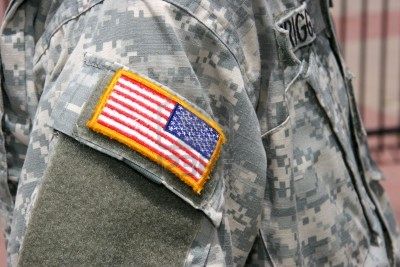 EDITOR’S NOTE:
In the Havok Journal, we don’t censor our writers, and we actively seek to avoid groupthink.  We don’t feel like we have to present a unified front, or one consensus point of view when it comes to contentious issues or what we choose to publish.  With that in mind, we regularly post articles from different writers that contradict each other or that the editorial board fundamentally disagrees with in order to present you, our readers, as broad a cross-section of opinions as possible so you can make your own, well-informed decisions. Simply put, if it’s good writing, and we think our audience will appreciate it, we’ll publish it. “Feelings” don’t enter into the equation.

The following article by Cari Tas, a regular contributor to Havok Journal and a member of the Havoc13 writing team, is an example of what we’re talking about above. While the HJ editorial board tends to agree with most of the points raised in Scott Faith’s article, Cari’s rebuttal to “Light on the Right” (which was one of our most popular articles ever) is a brilliant piece of writing that demonstrates the diversity of experiences and thought within our stable of writers, and also shows how veterans can disagree with each other and still remain friends.

No one has it 100% right on every issue, and none of us are as smart as all of us are together.  So keep reading, and keep responding.  Good, bad, or indifferent, we’re listening.

My good friend and fellow Havok Journal/havoc13 team writer, Scott Faith, recently sparked an Internet firestorm with his article, “Light on the Right:” Ditch Deployment Dodgers.  This article proved hugely popular in military circles, with tens of thousands of our fellow veterans agreeing whole-heartedly with Scott.

Unfortunately they, and he, are all wrong.

As a solution to what Scott identifies as the problem of “deployment dodgers” (senior leaders with no time in a combat zone), he advocates the following:  “Cut every officer O4 and above, every NCO E7 and above, and every warrant officer CW3 and above, and anyone else in the Active Duty Army with ten or more years of service who hasn’t done at least 12 cumulative months in a combat zone.”

While that briefs well and is sure to evoke some pent-up hostility and frustration within the veteran community, I can expose the fundamental logic flaw of that course of action in just two words:  Bowe Bergdahl.

In a side-by-side comparison of Bowe Bergdahl and… well just about any of his never-deployed peers, which one are you going to pick to stay in the service?  I think nearly 100% of the veterans who are asked that question will take, in this particular instance, the guy who is “light on the right.”  So why would you pick some random slick-sleeve over a guy who most likely technically has more time “downrange” than any of the rest of us?  Because more things matter than whether a not a guy has a patch on his right sleeve?

And that’s where there problem lies—Scott’s solution is too binary:  either you deployed or you didn’t, and if you didn’t, you’re out.  No allowances for special circumstances, no accounting for the person as a whole.  The “light on the right” controversy is just one more example of the way in which our military has become completely obsessed with appearances and promoting style over substance.

Moreover, the combat patch is so easy to get that it is now little more than a glorified merit badge, a trophy everyone gets just for showing up.  I personally have several different ones, and I can change them out like they’re just another fashion accessory.  As evidenced by Bowe Bergdahl and probably thousands of others, having a combat patch doesn’t mean you’re a good troop, it doesn’t mean you did a good job.  It just means you were there.  That’s not good enough to base employment decisions on; I think we need to judge a man by what’s inside his uniform, not what he wears on it.

There are still people who, for a number of reasons, choose not to wear the badges and patches to which they are entitled.  I take all of mine off when I go jump so they’re not torn off in the prop blast when I exit the aircraft.  I also don’t wear them when I do PT in uniform and know I’m going to be rolling around on the ground, because I don’t want them to get lost or ruined by dirt and mud.  Some people disapprove of the Army’s merit-badge culture and not wearing their “bling” on their combat uniforms is their way of silent protest.

Also, and I know a lot of people are unaware of this, but it’s possible for individuals with very specialized skill sets to receive direct commissions as field grade officers.  Here, for example, is one example where a surgeon received a direct commission as a lieutenant colonel.  These people bring to the Army a set of skills that can take decades to develop, and It is likely, and perhaps even probable, that the MEDDAC O6 that Scott and his Ranger buddy observed was one of these direct commissioners.

The individual in the above example is a heart surgeon.  There are probably no heart surgeon billets in Iraq or Afghanistan because there are probably no facilities to do open heart surgery in those locations, and any troops requiring that kind of treatment will be evacuated to Germany or back CONUS.  So while his job is stateside, his impact is worldwide.  Isn’t that worth our respect, or at least not worthy of our scorn?  What about the rehab specialists, or people who work in the burn unit at Walter Reed?  Do we really want them pulling gate guard at Bagram just to satisfy… what, a misplaced sense of collective vengeance directed against those who don’t have the same combat creds that we do?

Now, we can have a discussion about whether or not it’s right to have the direct commissioning program, but the fact on the ground is that it exists, it’s legit, and it directly helps the overall war effort to have these guys on the payroll, even at the expense of seeing them walking among us with a grand total of zero badges, zero tabs, zero time in service, and… zero combat patch.

So yeah; let’s take a look at what we can do to divest the military of non-hackers and those who aren’t contributing to the fight in a meaningful way.  But we also need to keep in mind that just because someone is not standing on the front lines, doesn’t mean that those who have stood there don’t need him.  As stated by General Stanley McChrystal, a boss both Scott Faith and I once had, and since repeated by many others, “You can’t judge someone’s importance to the fight solely by their proximity to the battlefield.”  So let’s keep the focus on an individual’s merit, not the merit badge.