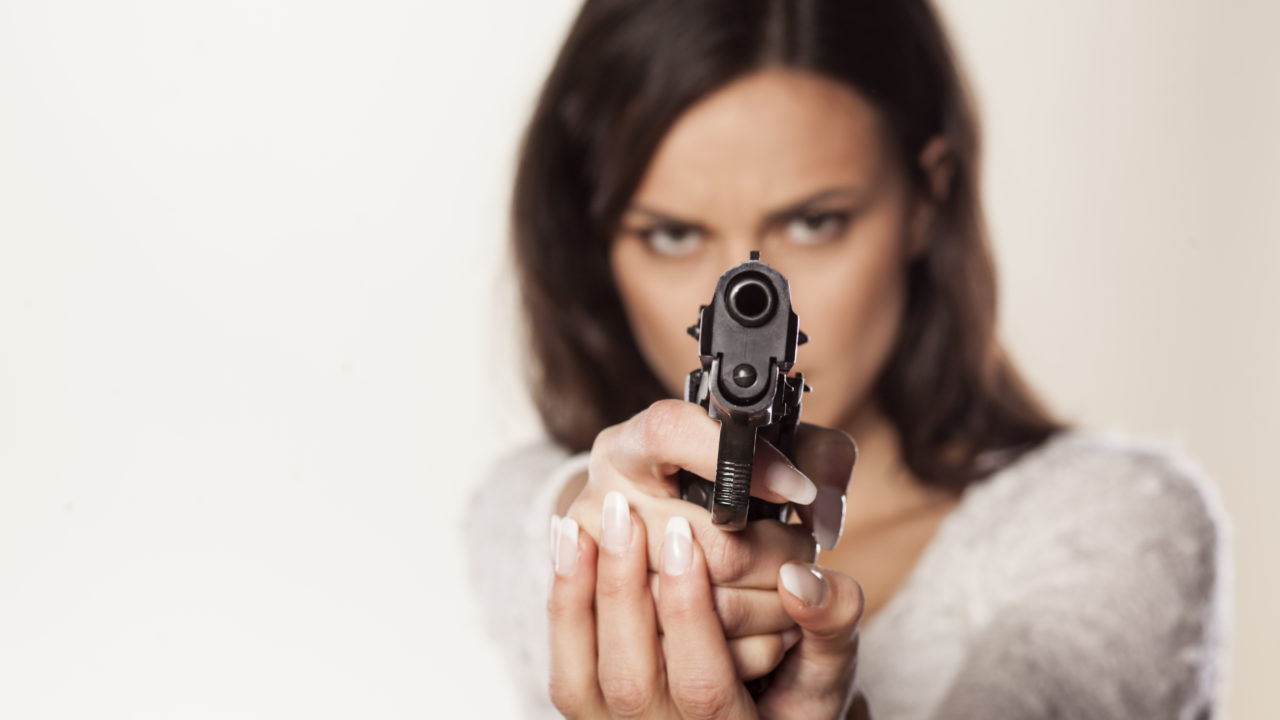 Before Saturday, I’d never seriously shot a gun. Until a few weeks ago, I had never considered owning a gun. I wasn’t against it; the thought of gun ownership had simply never been on my radar.

And then my daughter was born. I don’t know about other parents, but I know that now, more than ever, I wonder about her safety and my own. Together, my husband and I decided that we should not only own a firearm, but be well-educated on how to handle, use, and store one. We want to instill a healthy respect for guns in ourselves and pass that respect on to our child.

Saturday, we took part in our first NRA-certified firearm education course. It was incredibly informative, covering safe handling, storage, and cleaning, as well as the obvious: safe and effective shooting. After class, I felt more comfortable around guns than I had ever thought I would.

The most interesting part of this class, though, was one of the students: a young woman who had moved to the United States after growing up in Germany. When asked why she was taking the course, she stated that she had grown up in a place where access to and knowledge of personal firearms was difficult to come by, and as she has the right to own guns in the U.S., she wanted to know how to do so properly.

Once we reached the practice range, she spoke of how surprising it was that she was able to enter a shop and simply purchase a handgun off the shelf; she went on to describe the ownership process in Germany as a rigid one, including extensive required education and knowledge, the specific necessity for ownership, as well as the need to be deemed personally adequate and trustworthy.

It is most interesting to note that self-defense is not considered grounds for necessity and that a license for gun ownership does not include any type of carry permit. Carry permits are issued only after more education courses and marksmanship tests and are only to those deemed as living at a higher level of risks, such as celebrities, politicians, and security personnel. The permit must be renewed every three years.

Discovering all of that, in contrast with my own acquisition and ownership of a handgun – which required no formal process on my part beyond a standard background check – while taking an optional education course, was a bit staggering. I watched her at the range (she was a quick learner and a good shot), and wondered how I would feel if I were a woman living alone, unable to even seek out a tool with which to defend myself, should the need arise.

But then other questions came to mind: would I feel necessarily as isolated, and possibly unsafe, in Germany? Do the crime rates there create a situation of fear for personal safety? In my own city, both pre-meditated and random violence seems to be hitting an all-time high. Many people in the course stated that the increased level of criminal incidents had led them to gun ownership and education. Would we feel the same way in another city, another country?

Beyond all of the logical reasons for gun ownership, though, lies the simple right we have as Americans to own and bear arms. I have never been a proponent for gun control, and frankly, my opinion on gun ownership was virtually nonexistent beyond that simple fact of it being a Constitutional right. We are, after all, a country founded upon and maintained through practices of war; in the beginning, those practices were perpetuated most efficiently by private civilians and local militias. It was necessary then, as it is now, to defend ourselves and our homes, and our rights to life and property.

Before this class, and even more now after I have attended it, I am astonished at the number of people who own guns and carry them, but have not sought structured education about their safe use. A part of me believes that perhaps educational courses should be required of gun owners if only to create and maintain a pattern and image of American gun ownership as a defensible right, and one work hard for and bear proudly.

Perhaps if we educated all arms owners in the respect for these weapons, instilled it in them, it would root out the brazen “It’s my right and I’ll damn well do as I please with it” attitude, eliminate such cavalier thoughts about owning weapons that could end a life. Perhaps then, tragic incidents would decrease in number, and international respect for the American gun owner would increase, and replace any distaste toward laws that, from the outside, may well seem very casual and ripe for trouble.

This first appeared in The Havok Journal on October 15, 2014.