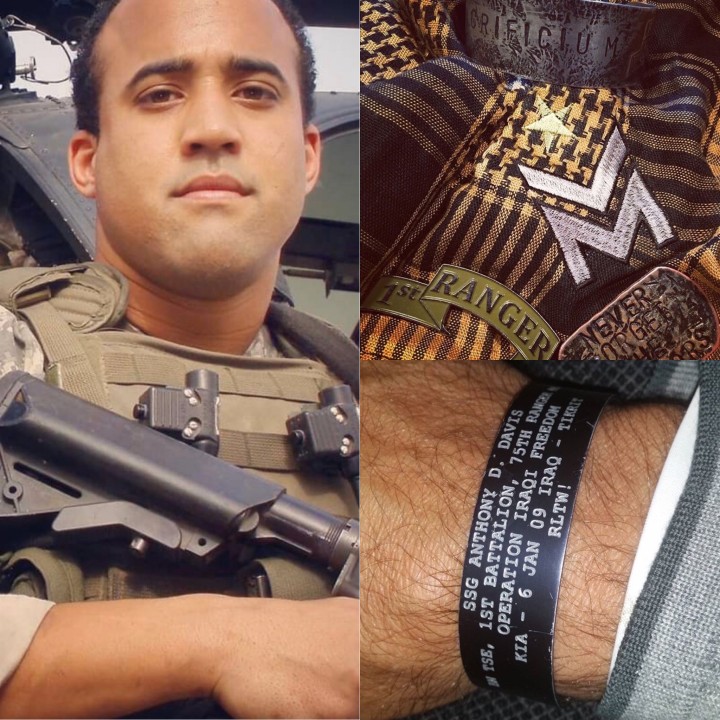 Many of my circle know that I have a daily gratitude habit – each day I give thanks to a person that enriches my life in some way. Today is my daily gratitude for a man that I call my brother.

Today I am thankful for a man that is no longer with us. He died on the 7th of January 2009, while fighting for our Nation. He was one of my Rangers in the 1st Ranger Battalion, and though we only did a few deployments together, our time together was more than memorable. While he certainly taught me about being a Ranger, about leadership, and about being a good man, it was the lesson he taught me after his passing that had the most profound effect on who I am today, and how I think.

I wore this Ranger’s KIA bracelet every day without fail. This piece of aluminum would remind me of him, and his sacrifice, and it would help me to remember to be a better Ranger, leader, and man. At the time I believed that to have true sacrifice there must be suffering, loss, or privation. I believed in the Judeo-Christian philosophy that sacrifice (suffering) was necessary, to truly make something better. To this end, I wanted to remember his sacrifice, and this was the most tangible way I could do that, and try to live his legacy, one of sacrifice.

Imagine how different the world looks when we take a powerful word like sacrifice, that so often is associated with anxiety, and misery – even if it is willful – and we just make it positive. How many times have we told people they had to sacrifice for something, and they shoulder the task with dread? How many times have we told people in the middle of an arduous and painful task that what they were doing was the “sacrifice”? How often have we made sacrifice a negative, even if the task was for a positive reason?

So, when this Ranger’s bracelet finally broke, I replaced it with a stainless band. On one end was the Ranger Crest, on the other end the 1st Battalion Scroll, and between the two – one word – SACRIFICIUM.