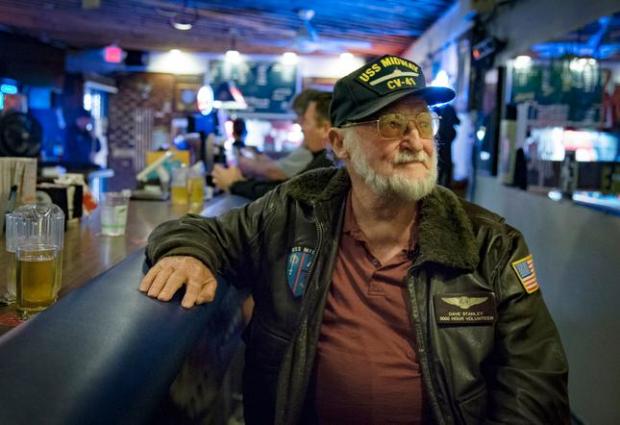 As a Veteran, I know that it is vital to keep representation in Congress for the Veteran community. I know that alone, I have no voice beyond my vote. There are organizations that do offer to represent me. These groups have been around for a very long time and done a good job but somehow, I don’t think they have made the jump to the modern era and they are losing the very Veterans that they need.

If you look around social media, there are hundreds of Veterans Groups and Veteran-owned businesses. Several of those groups, outstanding places that you are already aware of if you are reading this, have followings on their sites greater than that shown by the Non-Profits such as the Veterans for Foreign Wars and the American Legion.

It is true that each group has not only a physical presence in the community but their online presence is also local in small groups. That is part of the problem. They don’t link together, they don’t interact on social media very well, and they don’t attract the attention of the current generation.

Why did I, a veteran, not fit in at a post created exclusively for veterans? That is the issue; it has become more about the relationships formed over time in that area and less about the Veteran at large. This is my impression of a small area. I am not trying to say that they are all the same or all bad.

I am saying that these organizations are falling behind because they are not attracting the OIF/OEF veterans in the numbers that they should. I know that business and Non-Profit have a hard time mixing but at the same time, there is the ability to communicate and they are not doing it.

When was the last time you saw someone from the VFW, probably Veterans Day or Memorial Day? I was recently told, you have to look for them and involve yourself, not wait for them to involve you. I believe it. I have stood next to other Veterans who were members of the local VFW and no one asked me if I was a member, would I like to be a member, or made any indication that I might be welcome to join them at the local Post.

As difficult as it feels for me, for our women veterans it is often worse. The generations that occupy the Legion and VFW posts are from different wars and eras. The role of women was not a soldier’s role the way it is today. Some are trying to change, others appear not to care.

I went and found the VFW and the Legion websites and joined. I know what they do for me but at the same time I wonder how effective they can be if they are so out of touch as to not reach as far as they can to pull every Veteran into the fold.

Perhaps they think that since it is to our benefit, we will come to them. But I know that is not completely true. They have pulled in the groups before by word of mouth. Now, the largest audience in the world is being ignored because they don’t use social media effectively.

Ironically the only way to change this is for the warriors of this generation to sign up or at the very least form their own version of these organizations so that they can have the same representation in Congress. It is certain that without a lobbying force we will get the shaft more than we already do.

The Vietnam Veterans are slowly entering Valhalla. They are in their 60’s and up and we are losing them. There are still a blessed few WWII and Korean Veterans around but we will be losing those before much longer. Who will now represent us if not ourselves using the same places our fathers and their fathers used?

I won’t say one over the other, or any particular group for that matter. But I am saying that we need a loud voice in order to be heard over the millionaires counting their money. How you do it is not as important as doing it. Or else we will have no voice at all.

But for the VFW and the American Legion, they are fading as spokespersons of the Veteran community not perhaps because they forgot who we are, but definitely because they forgot that times have changed and the only sure thing is tomorrow will be different. If they intend to survive, they need to bring in the new and do it quickly while there is still time to pass the torch and keep the flame alive.

The voice of our generation can best be summed up by this comment, “I have made an effort to attend American Legion in my new town and sadly, I find I don’t have a lot to say to them. Their war wasn’t my war… I respect what they did but if all we are going to do is sit around and swap stories, I got other things to do.”

This generation is busy, working, looking for work, coping with the same stresses of those who went before while dealing with an economy that is challenging. It is true that we have some things they didn’t have, and that is the point.

Businesses change and embrace the future or they fall. We need a voice. Perhaps it is time to create one?