HomeCultureFrom War To Music: The Story of Silence and Light (Part 2) 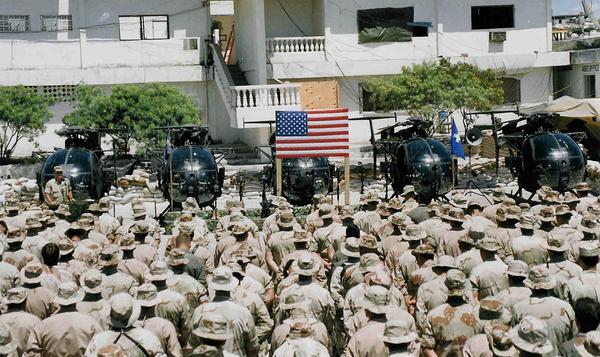 If you would like to read Part I first, do so by clicking here.

Our first engagement in Mogadishu happened on the 7th of September, 1993. It’s not depicted in the movie “Blackhawk Down” but it was an extremely violent and significant engagement that took place during one of the seven successful operations we conducted during our three months in Somalia. First, a little background information for you, the reader, about me, and about the events that led up to October 3rd and 4th, 1993. It will all make sense, I promise! 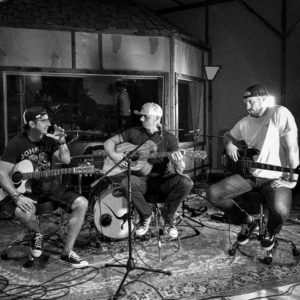 My buddies and I always had a knack for discovering new music and usually, we were on the cutting edge of what was soon to become “hot” with the general public. When you play music and are in that scene, you hear things ahead of when others may discover these bands or songs, or, before they become popular on the radio or MTV. This was the case in the 1980s and a great example of that was Guns-N-Roses. I heard about them after their record dropped and bought it early in 1987 long before stadiums full of heart-throbbing young girls heard “Sweet Child ‘O Mine” I was jamming out to “Nighttrain”, “Rocket Queen”, and “Mr. Brownstone”. By the summer of 1988, I was so turned off by their popularity with teenage girls that I moved on to other bands. I didn’t view them as “sellouts” or anything like that, it’s just that their popularity and being overplayed on the radio and MTV was too much for me and they’d lost some of their cool factor because of that.

Very early in 1991, I discovered Alice In Chains much the same way and bought their debut album Facelift. They were heavy and dark and right up my alley! I loved everything about this band and although it was their heavier tracks I was drawn to, I very quickly fell in love with every song on the album. Their sound was amazing, and it was very clear that their songs weren’t about partying and good times gone, because they had more depth than that. As a guitarist, I obviously must dig the guitar tone and Jerry Cantrell hit it out of the park in that regard. The tone he captured on that album is absolutely on par with any great band’s sound and matches the feel of the songs, it’s angry tone and I love it. AIC soon became very popular with me and my roommate Doc Young as well as my other friends in B Co 3/75. So, in 1992 when their follow up album Dirt was released, I bought it immediately. From “Them Bones” all the way through “Would?” I loved it all and connected with so many of the songs that it was one of only several CD’s I brought with me to Mogadishu in August of 1993. Most nights, I would lie on my cot listening to Alice In Chains, staring at the hangar roof above me, wondering when and if I’d be showered with red hot mortar shrapnel.

In July of 1993, B company 3rd Ranger Battalion, flew to Ft. Bliss, Texas from its home base in Ft. Benning, Georgia to participate in a Joint Readiness Exercise (JRX). Back in those days, the JRX was when we got to do the cool shit and take a break from slopping all night through the swamps of Ft. Benning conducting live-fire raids and ambushes all while completely exhausted, covered with chiggers and swamp grime, and starving. The JRX was a very welcomed and exciting annual training event. We had a ton of fun and trained very hard because the JRX was the one opportunity a year that we got to interact and train with other units within USASOC. I don’t recall the exact date during the JRX, but I and the other more senior members of 3rd platoon were called into a briefing with our platoon sergeant and platoon leader. We were informed that U.N. aid workers in Somalia had been killed and that the President wanted to put an end to the violence and thievery of the actual aid itself, and that we (B company 3rd Ranger Battalion) needed to prepare to conduct offensive operations to capture the Somali leadership responsible for the death, violence, and thievery of aid and the U.N. aid workers. Wow. Talk about a significant turn of events! We were told we’d be leaving to conduct a train up and not to discuss anything over the phone or with other members of the battalion. With much anticipation and excitement, we packed our limited belongings and boarded a plane soon thereafter. 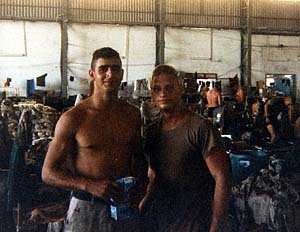 We prepared for the mission in Mogadishu at Ft. Bragg, which is in the Sandhills region of North Carolina. The weather was outrageously hot and humid, and as such, thunderstorms rattled our tents nightly, soaking our deployment bags that were stowed underneath our cots. We didn’t know that we’d be sleeping on cots from that day until we’d return home from Somalia at the end of October. Initially, and rightfully so, my platoon was assigned the mission to provide outer target building security to Delta Force by way of fast-roping in and around the objective. We practiced, rehearsed, and refined this tactic for the better part of 10 days. At some point, after rehearsals were complete, my platoon was pulled off this mission and assigned to vehicular blocking positions. This was a task we’d never performed as we were a jump clearing platoon and never worked with vehicles in any capacity. This greatly affected and damaged our morale quite significantly. Here we had been, assigned a very “Hollywood” mission, only to have it yanked away. Nonetheless, the train up was complete and we were told that the President was not yet ready to deploy the task force, so we boarded a plane and were sent back to the JRX in Ft. Bliss, Texas. As soon as we landed, we were greeted by a young and energetic Ranger who said: “don’t unpack, word is you guys are headed straight back to Ft. Bragg because another U.N. aid worker was killed this morning” and so, we slept on the cold and hard airfield for a few hours then boarded the plane and headed back to Ft. Bragg. Talk about Groundhog Day, it was almost comical and is one hundred percent true. After our return to Ft. Bragg, we spent a few days getting our gear ready, got instructions on how to send and receive mail, had the privilege of using the Ft. Bragg Post Exchange (PX), and caught up on sleep. It was at Pope Air Force Base which is co-located on Ft. Bragg, that I would finally get in touch with my sister to let someone in my family know I’d “be leaving to go somewhere to do some things I can’t talk about over the phone”. This statement was obviously met with a thousand questions and I soon had to hang up the phone to board the awaiting C5 Galaxy destined for Mogadishu.