HomeCultureFlag Desecration, Fear, and the Fools 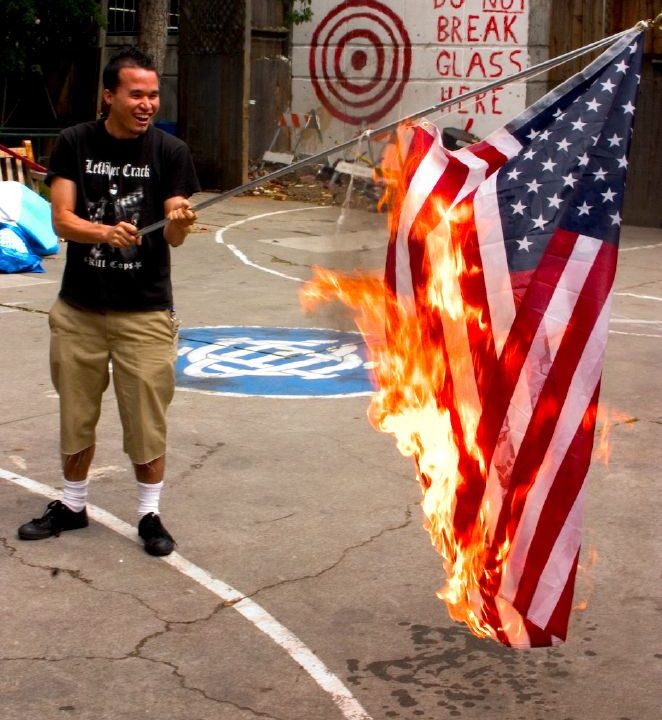 Cloth. Not entirely different from the assembly of the shirt you wear while reading this. Fifty white stars, a splash of blue, and thirteen alternating red and white stripes. When I return to the U.S. for the first time in months and see a social media challenge encouraging people to desecrate this cloth, it’s not anger that rattles my bones. It’s not rage that tears at the seams of my being. No, it’s not anger that fills me in molten hot pain — it’s fear.

True, we were born of rebellion. As Americans, it’s something of a visceral response to face authority with disdainful antipathy. Rebellion is not my concern, however. As a man who stood fast on the battlefield of two wars in service of this great nation, I truly appreciate exercising the freedoms provided by sacred sacrifice. Love of country comes in many forms. Some of the most ardent patriots of this great nation became so by speaking out against her.

I personally do not agree with a large number of policies put forth by the US government. I do not blindly follow the governmental/media juggernaut that plasters itself upon our accord. I no longer blindly toe the line of paraphrase patriotism. However, I do know exactly what every one of those fifty stars represents.

I know definitively why the colors red and white were chosen and the reason behind the thirteen stripes. I know first hand the love, honor, respect, and lives given for that silly piece of cloth. I also understand the frustration of being caught in the crossfire. I understand living under the regime of a government that is entirely self-interested. I understand the feeling of being cast astray.

No, it’s not rage that fills me, it’s fear. I fear that those who are taking the hardest line against an entity that should, in all honesty, be facing some opposition, and who are completely ignorant. I am terrified that this country that I love is being fought over, not by the majority of its centric caretakers, but rather its polar opposite extremities.

I’m not an affluent man. I am the son of a single father, a firefighter who worked two jobs to support his children. He went to work every day at a station in Peoria, Arizona, under that very flag that people are burning and stepping on in protest. When I was a boy, that flag flew half staff more than once because men like my father gave their life for their community.

I understand protest. I understand rage. I understand feeling like the entire world is against you. What I do not understand or have the stomach for is an individual seeking to gain attention off the backs of all those who have died under the snap of that flag.

This isn’t a race thing. The desecration of a flag is an idealist thing. If you are a racist, then own it. If you are black and simply don’t like white people because they are white, and vice versa, you are not a patriot, you are a racist. If you spit on, burn, step on the American flag without ever giving anything to it or knowing where it comes from — you are an ignorant fool.

I’m honestly not sure which is worse. I suppose racism and foolishness belong together. I suppose that as long as we have people willing to die for that cloth, we will have others willing to desecrate it in the name of freedom. I suppose as long as there is a pillar of freedom and prosperity in the world, there will be those willing to step on it for their own advancement.