HomeCultureMy Father is Homeless and I Don’t Help Him 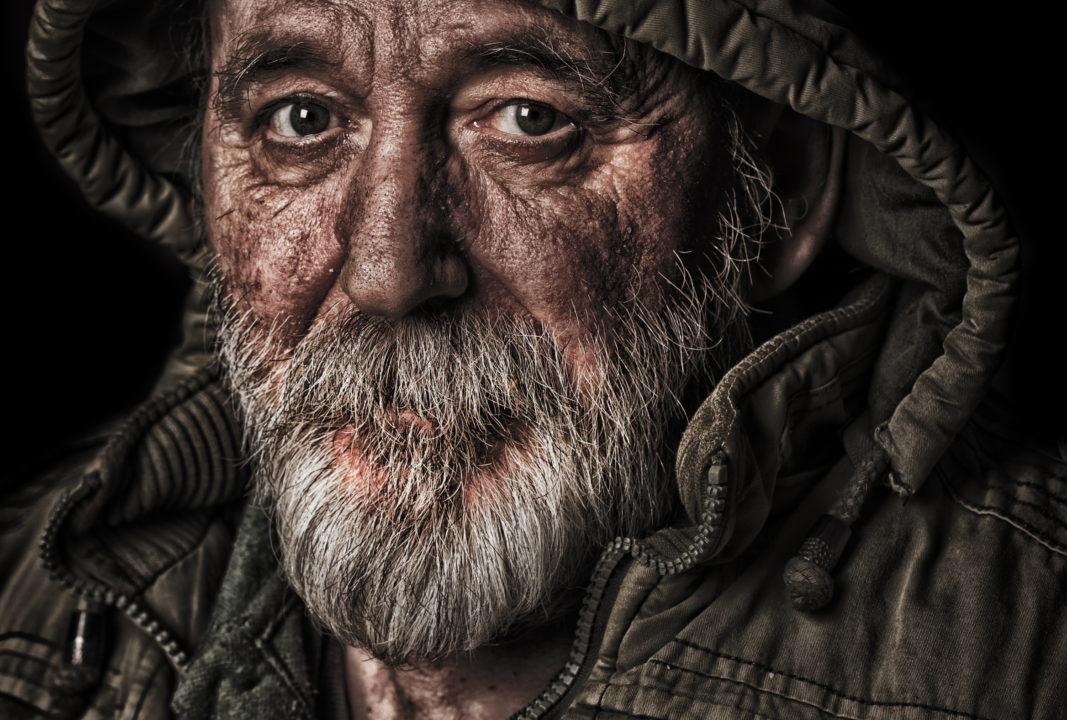 My father is a homeless man, living on the streets of Tampa. He used to be a homeless man, living on the streets or in the shelters of Albuquerque until I got a random phone call to let me know he was a few miles from my house. It was a surprise, to say the least. He says he made his way to Tampa because, at the time, I had recently had surgery to rid my body of cancer. I say it’s because he had gotten himself into trouble in Albuquerque and the statute of limitations was up on his absconder status here in Florida.

That was a couple of years ago. I’m cancer-free, he’s still homeless, and we’re both still in Tampa.

There was no happy reunion. No tears of joy. This isn’t one of those stories where I tell you that we mended our relationship and he found God or purpose or some organization willing to help him and he’s now living in my basement or guest house and babysits my kids twice a month.

I really don’t do anything major to help him. Nor will I. And he’ll never have unsupervised time around my wee ones.

That’s pretty callous and cold for someone who has an open invite for anyone to contact her, isn’t it? After everything I’ve said and written about being an avid military and veteran supporter and I can’t even take care of my own father? What kind of hypocritical monster am I?

My priority has always been and always will be my family. My family consists of my wee ones, my husband, and myself. Everyone and everything else comes later. In fact, if you look at the ripples in a pond from a stone’s throw, that first, small circle at the center of everything, that’s my family; my children, my husband. That next circle is my sister and her kids and my in-laws. Then the next circle out is other family and friends and so on and so forth. My dad, while blood-related, doesn’t fit in any of the inner circles. So he isn’t a priority and most days, not even a concern.

Yes, I’m aware there may be a circle I’m headed to after that comment. I’m aware of what the Bible says and how I’m supposed to act as a Christian. I’m also aware of the fact that there was a twenty-plus-year gap when I didn’t even hear his voice.

My father isn’t a combat veteran. He’s not even a veteran. The closest he came to serving was a few weeks in basic before he was sent home. And honestly, even if he were a veteran, I probably still wouldn’t do anything to help then either.

My relationship with my father is strange. I’m not sure if it’s a moral obligation because he’s my father to be concerned for his welfare or if it’s something else altogether that keeps me at the very least, still talking to him. After he and my mother divorced when I was very young, he left and I didn’t see nor hear from him for over twenty years. My mother remarried, my siblings and myself moved on for the most part, and we all grew into the beings we are today. But he left his mark. And it has affected us and the relationships that we’ve developed since.

No, this isn’t where I tell you I have daddy issues either. I don’t really think I do. What I lacked as far as a father was concerned, I was given a powerful woman to emulate: my grandmother. She’s the type of woman that’ll feed you just for walking in her door as she will smack you for being disrespectful, regardless of who you are.

I admit for a few years, I spent a good amount of time and money tracking my father down. I traced him all over the United States from Florida to Texas to New Mexico and Oregon and back around again. He led a very transient life, moving from one place to another and never staying in any one place for too long unless he was locked up. I was curious. If he was still alive, then why hadn’t he contacted us? What kept him away? I still don’t know the actual answer to this despite having posed this question to him several times.

When he first called after twenty years of being not only absent but silent as well, it was at a very odd time in my own life. I had a brand new baby and was readying my family for another military move. A relationship I had with another formerly-close individual had breached the point of no return and no repair. Maybe I was looking for some tiny spark of hope I could fan into a legitimate working relationship with a man I essentially knew nothing about other than scattered memories and a handful of eyebrow-raising stories. What I found instead? A shell of a broken man that when thrown a rope to pull himself up, just ended up hanging himself with it instead. Repeatedly.

Since being back in my life, I’ve had him Baker Acted when he threatened suicide and cleaned out his storage unit to avoid fines and having what few belongings he owned thrown away. I’ve brought him plates of food. I’ve occasionally given him small amounts of cash when he’s asked and my husband has given him bags of tools to help him go back to work to support himself. I’ve bought him bus passes and given him rides across town, but that’s as far as I’ll go, and honestly, even that seems like I’ve done too much now.

He’s had opportunities. He’s worked several jobs; jobs that paid decently and for individuals that gave him the benefit of the doubt. The last straw came a few weeks ago, before my last medical procedure. I knew when I answered the phone something was wrong. He was on another bender and “someone was out to get him.” I didn’t go pick him up. I didn’t call the police. I rolled my eyes, fixed dinner for my kids, played a few rounds of Halo with the hubs, and went to bed instead.

A few days later, when I hadn’t heard anything, I called his phone. Someone else answered, saying they found it in the middle of one of the busiest streets in Tampa. I drove by his “camp” and up and down the street he normally roams and came up empty-handed. I circled his known haunts and couldn’t find him. I got concerned maybe something finally happened to him, so I called the police.

If you’ve ever called the police to fill out a missing person report on a homeless individual, you’ll know the frustration at having to do so. The deputy was polite, funny even, but the first words out of her mouth were: “It’s not a crime to be transient.” She then proceeded to pull up a list of my father’s infractions over the past few months, including one on the day he’d “gone missing,” when “someone was after him.”

He finally called to let me know he was alive a few days ago. He was laughing, upbeat, and even attempted to joke around.

No matter the moral obligation, I think that I’ve had, I’ve had enough. There are only so many chances you can give someone before the only chance either one of you have is for one of you to give up.

My father is homeless on the streets of the city I live in and I do nothing to help. And I’ll continue to not help, not until he learns to help himself. However, he’s getting older, so the hope he’ll turn his life around grows slimmer and dimmer. By not helping him, I’m helping myself. I don’t need the additional stress and worry in my life, or to be frank the danger. In fact, this is the attitude I’ve adopted with a number of other relationships in my life. I will not help you until you help yourself. Accept responsibility for your actions and do something to better yourself.

When you make the effort, so will the people around you.

This first appeared in The Havok Journal on February 28, 2019.

Cora Kane is a horror/thriller writer who currently lives outside of Tampa, Florida with her husband and their children. Her first novel, Briar Lake, has been picked up for publication and was released in 2015. Originally hailing from one of the small towns that surround Ft. Bragg North Carolina, Cora wanted nothing to do with the military lifestyle until her husband swept her off her feet. At a very early age, Cora fell in love with reading and soon thereafter discovered her affinity for writing. This love helped her to excel in school, except when she would get caught reading in algebra. While she can’t count very high, Cora is proud of her role as a military spouse and everything that it encompasses, including its unique challenges. Cora balances her time chasing babies, creating monsters, being an awesome wife, drinking absurd amounts of coffee, and writing for The Havok Journal. Cora can be reached at corakane.author@gmail.com.