HomeCultureFamilyWe Were Soldiers’ Wives Once… and Young 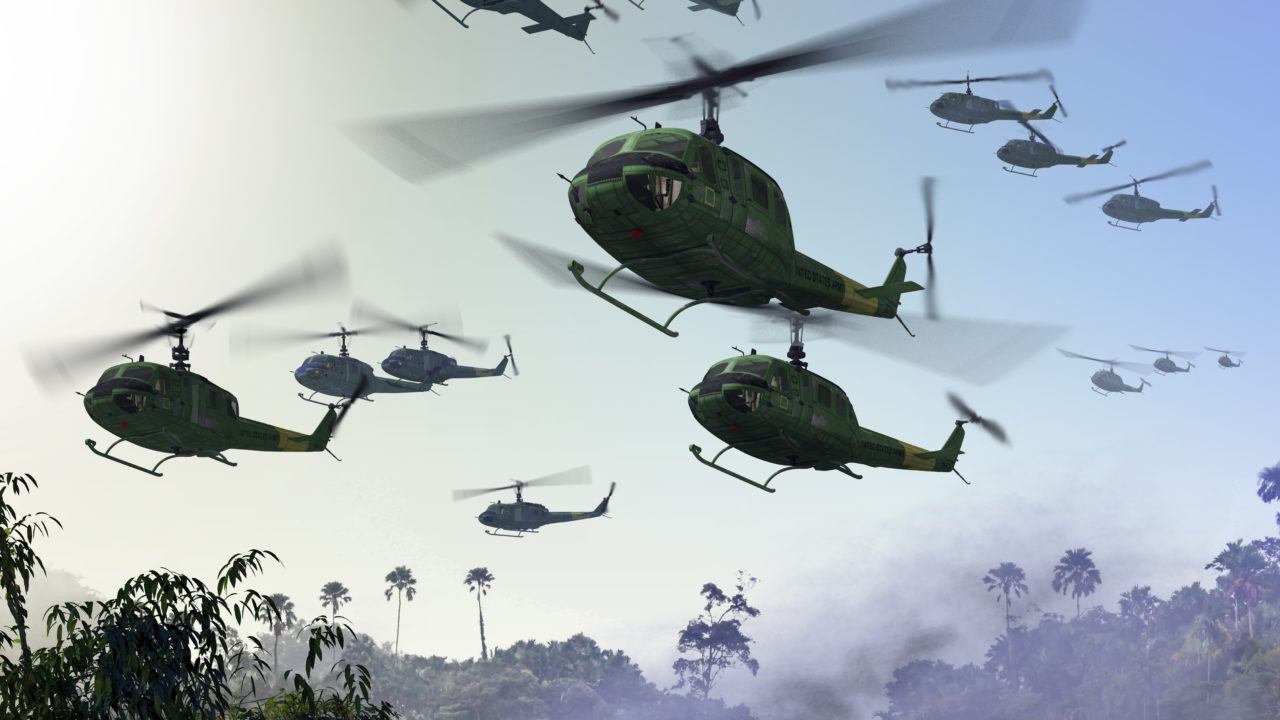 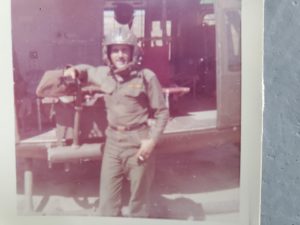 With the 1st Air Cav, An Khe, Vietnam

Do you believe in Ghosts?

Our next duty station was with the 101st Airborne at Fort Campbell, Kentucky, where I met my first ghost. There are many people who don’t believe in ghosts. Once, I was one of those people. The event I am about to tell made me a believer.

Being married to a soldier, housing was often catch as catch can. Usually, there was a long waiting list for on post housing, so we had to rent whatever we could find or afford in the civilian community. Often families had to settle for less than desirable living conditions since there always seemed to be a shortage of rental properties. Also, because of the transient nature, many property owners did not want to rent to military families, who might only be stationed there for a year or so. Usually, we were thrilled if we could find a small affordable home in a middle class neighborhood. One such property we were lucky enough to find was just outside Fort Campbell. It was in a pleasant neighborhood and we didn’t have to share it with anyone, a real treasure compared to our previous living experiences. The neighbors on either side were delightful people. One was a retired minister and his wife, a retired school teacher. The family living on the other side were working parents with two young children. We were eager to settle in and become a part of the community.

When the owner of the house, an elderly lady whose demeanor spoke of old Southern charm, rented it to us, she asked us not to disturb the contents in the attic. She explained that the boxes there contained her deceased husbands books and papers when he had been a professor at the local university. I assured her we would have no reason to go up into the attic. Many days passed and I gave no thought to the contents in the attic until curiosity and boredom got the better of me. I remembered the Landlady’s request, but like Pandora, I was overwhelmed with curiosity and wanted to see what was in those boxes. Feeling somewhat guilty for breaking my promise, I pulled down the folding ladder to the attic. Once I reached the top of the stairs, I looked around and discovered boxes and boxes to explore. Like a child on Christmas morning, I poured over them, going from box to box and finding books and papers on subjects beyond my comprehension. Soon my curiosity was satisfied, for the present time anyway and I returned the folding stairs. That was when something off began…that was the beginning of the footsteps.

Once the house was dark and quiet, and always when my husband was away in the field, heavy footsteps would begin from what sounded like the attic, slowly pacing back and forth across the its length. Knowing no one was in the house but my sleeping children and myself, they were horrifying sounds. Lying rigid in bed, I would stare toward the ceiling that hid the folding stairs. I expected them to slowly begin to unfold at any time and reveal the mystery person. I had no idea what I would do should something happen. I didn’t have the presence of mind to make a plan for protection or escape. I just lay there paralyzed with fear as the loud thumping of my heart vibrated in my ears. I couldn’t make myself get out of bed to investigate. Eventually, slumber would prevail and I would retreat into the safety of sleep.

This was a common occurrence whenever I would venture into the attic. One day, I concluded it must have been the old professor who was unhappy because I was rummaging through his life’s work. I got the message. From that time forward, I stayed out of the attic, which also brought an end to the nocturnal restlessness in the attic. My only conclusion for the unusual events was the presence of an unhappy ghost.

Years later after living in another state, we traveled through Kentucky and stopped by to visit the family that still lived beside the house we had rented. The woman asked if I remembered what I had told her about the ghost upstairs. Of course I remembered it well. She told me that after we had moved out, a young Air Force couple had rented the house and the wife had described the same experience…hearing footsteps in the attic. I wish I could have known if she had ventured into the attic as I had done. In any event, it was refreshing to know what I heard was not just my imagination. The ghost of the old professor was very real.

At Fort Campbell, routine took over. Military training remained rigorous because of the war, so there was little in the way of quality family time. It was during this period that I noticed unusual development patterns in my second son. After making numerous trips to specialists and doctors, we received heartbreaking news, he was diagnosed with Duchenne’s muscular dystrophy, a degenerative disease of the muscles that eventually lead to premature dying. Very little was known about the disease at the time, even by doctors. There was no one to turn to with questions, no internet to research information, treatment options or support group networks to leverage. There was no one to turn to for emotional support. You dealt with each day the best you knew how, which often times did not produce the best outcome.

The Cold War gets hotter…

After about a year and half, we transferred to Fort Polk, Louisiana. It was an isolated, uneventful year. Early in 1968 we received orders for Augsburg Germany. My husband was originally from Germany, so the prospect of going back to his homeland seemed exciting. It also meant that for a short time, he would unlikely have to go back to Vietnam. But life in Germany in the 1960s had its challenges. It was the height of the Cold War and my husband was constantly on maneuvers, preparing for a war against the Soviets. In the summer of 1968, that seemed a very real possibility. 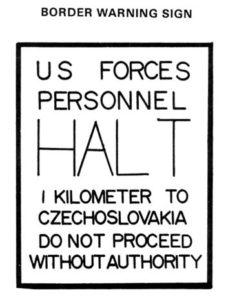 When the Soviet’s invaded Czechoslovakia in August, my husband’s unit was on alert and went immediately to the field, leaving me home alone. I remember thinking about the evacuation plan for dependents in the event war broke out. We had our Rambler station wagon, with blankets, a case of Army C-rations and a road map with directions to France. The plan was for me to load my two young children, the belongings we could carry and head towards the border. It was a crazy plan, but that was all that we had to fall back on. Thankfully, the Soviets never did cross the border but the threat of World War 3 always loomed in the back of our mind.

A little less than a year later, my third child, a daughter was born. We visited with my in-laws who lived in Munich. They however spoke no English and I spoke no German, so it made communicating with them a challenge.

After eighteen months, our tour ended and my husband received orders again for Vietnam. I was in terror. After what I had seen my husband suffer through after his first tour, I wanted no part of that for him or for us. I pleaded with him to get out of the Army. But my husband had just made the rank of Sergeant First Class and with the possibility of retirement on the horizon, he would not consider it. We left Germany days before Christmas 1969 and found a small house in Spring Lake. Christmas was spent sleeping on borrowed Army air mattresses and card board boxes were used as makeshift furniture until our household goods arrived. After the holidays, my husband completed his training as an advisor at Fort Bragg and then shipped out. He first went to Panama for Jungle training, then to Vietnam. I stayed in Spring Lake and raised three children alone. 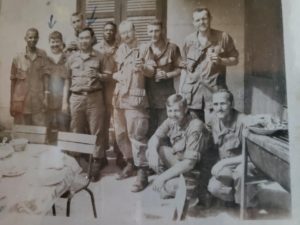 My husband’s tour was cut short as he had contracted hepatitis during his last few months in Vietnam. We then packed up again and moved to Fort Ord, California. There we stayed the longest of any of our tours, almost 5 years. The war in Vietnam finally came to an end and my husband was reassigned to Fort Benning, Georgia, where we had first lived so many years before. After over 24 years in the Army, things had come full circle. My husband had enough of the Army and finally retired. We settled into Columbus, Georgia and that is where we started our new life as civilians and raised our three children.

The idyllic life we envisioned wasn’t always what we thought it would be. There were good times and there were bad times as a military wife. But I am thankful for the life lessons I learned and for the experiences I gained. Life as a military spouse is a challenge…but for all its difficulty, sacrifice and loneliness, it was a life worth living.