HomeCultureFamilyA Response to Charlie Hoehn on ‘Mass Shootings in America, and Why Men (and Boys) Keep Doing This’ 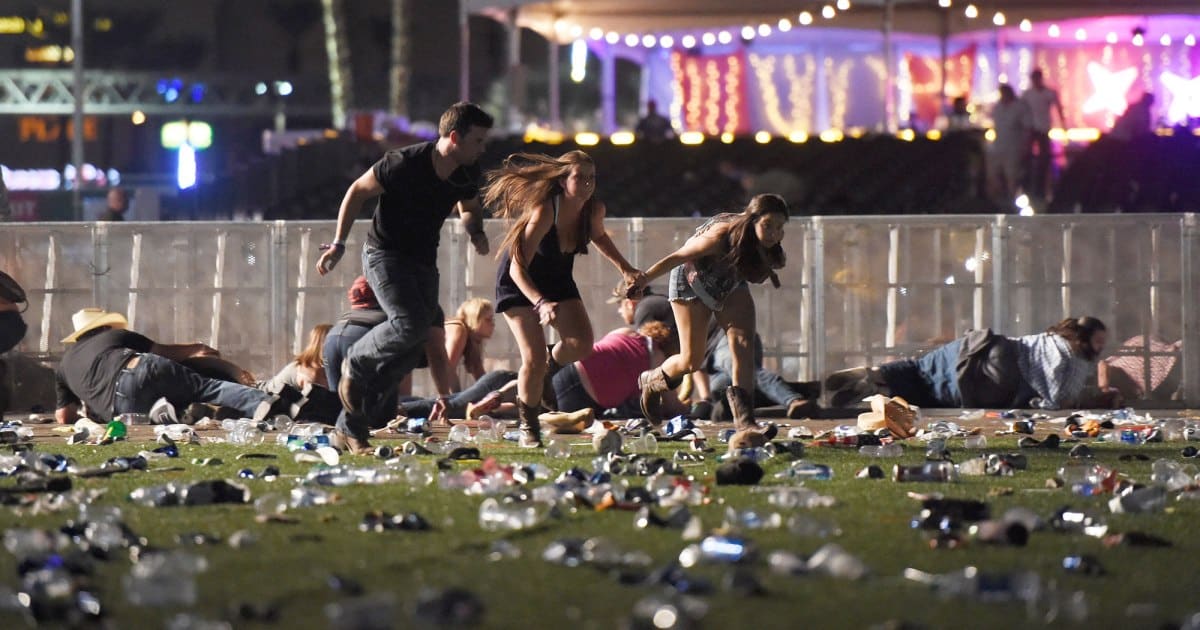 A Response to Charlie Hoehn on ‘Why the Vegas Shooting Happened, and Why Men Keep Doing This’
by Kerry Patton

This article was first published in October of 2017.

A year after the Vegas massacre, people continue to ask “Why?” Without a motivation identified by law enforcement, answering such a question becomes next to impossible. But recently, Charlie Hoehn wrote possibly one of the most impressive pieces to date that helps us understand the potential or at least partial answer to “Why?”

In his piece, Mass Shootings in America, and Why Men (and Boys) Keep Doing This, Mr. Hoehn specifically outlines three key points of interest:

Prior to discussing these three points, it is paramount that individuals who read Mr. Hoehn’s piece understand in no way should we observe such as another means to castrate men or take away their masculinity. In fact, I personally read his piece as quite opposite.

With that said, I do believe men in America are losing their masculinity even though that was not expanded upon or even mentioned in Mr. Hoehn’s piece. I believe there are several reasons for this, some of which will be found within the three-key points Mr. Hoehn had wrote about which I hope to expand upon, from a social and cultural perspective, within this piece.

Why are men lonely?

There is a vast amount of reasons why men are lonely and it would take a book to write out every potential reason however, I would like to cover one key reason which often comes from the moment a child is born.

Inside the United States, traditional families are on a major decline. According to the US Census, “Married couples make up 68 percent of all families with children under age 18, compared to 93 percent in 1950.” But looking at this trend comes an even more troubling issue that potentially attributes to Mr. Hoehn’s point: “Of the 11 million families with children under age 18, and no spouse present, the majority are single mothers (8.5 million). Single fathers comprise the remaining 2.5 million single parent families.”

If we understand the aforementioned Census data, we will soon realize that men are missing in the vast majority of children’s lives. This means, from a young age, they are missing at least one half of an incredibly significant component in the psyche of childhood development—the masculinity component.

Imagine growing up in a world where, as a child, you cannot release your natural human instincts. We as humans are full of emotion and we poses a neurologically “fight or flight” response mechanism within our brain. But as children, it is considered wrong and shameful to release that “Fight” aspect of the fight or flight psyche.

We teach our children when they are bullied to tell an adult. This means, we are educating our youth to seek another to resolve our problems for us rather than learning how to handle issues ourselves. But worse, we are teaching our children that it is better to bottle up our anger and continue to bottle up our anger until that anger explodes out of us. When that happens a parent or guardian later rushes the child to some mental health expert who will simply put our own children on some form of psychotropic drug.

Yes, what I am saying here is, children, specifically young boys at incredibly young ages, are no longer allowed to settle their differences with peers through a simple fist fight.

Like it or not, the simple fist fight is actually part of the animal instinct comprising a portion of the element of “play” Mr. Hoehn discusses. Unfortunately, he neglects to explain the need for a good fist fight every once in a while.

I know, how taboo it is for me to actually condone young boys putting some knuckles to teeth or a nose. But hey, let’s just bottle up that rage for years on end and let’s continue to see what happens when that rage finally gets released.

They are deeply ashamed:

I can easily close this piece by simply telling readers to look at the first two aforementioned points and have them realize why so many men are “deeply ashamed.” That would be too easy to do and would fail in truly expanding on Mr. Hoehn’s point.

Using the military and its culture to expand upon the shame element of men in America is critical. In the military, you are constantly told to “Take two Motrin and drink water” when we have a serious injury. We are told to “shut up and color” when we outright know our leadership is completely wrong in their decisions. Many times, we are ridiculed by alpha males in our platoons (what I believe to the minority in America today) because we cannot fulfill a task, drop from a training schoolhouse, or cry on the battlefield.

Many military veterans will claim this is who we are. We are tough skinned willing to find the weak. Maybe this is true however, look at the veteran community today upon leaving service. Look at the perception placed on us. Of note, I say perception. But, do we all have some form of PTSD? Are we all suicidal? Are we all incapable of maintaining a job? Are we all “Dysfunctional Veterans?”

That is perception. And with that perception comes shame. Yes, as a veteran, I have found myself, at times, feeling quasi embarrassed at being a part of such brotherhood not for the very reasons described above but for the perceptions that come with such.

Now, take that military element and realize, the veteran community is not alone. From the earliest age partaking on different sports teams, to entering college and joining the ranks of fraternities, to graduating and entering the work force environment, etc., all have some form of “military-like” nonsense that outright makes us feel much smaller than we really are.

And, admittedly, I personally do not believe such ridicule should stop. That is right, I actually believe it should continue. But why?

America is quickly losing its masculinity. Men are constantly being castrated. We are no longer allowed to raise our children to learn to become men. Hell, we have fewer and fewer real men in this world taking up the responsibility of being true daddy’s.

If we want boys to become men, we need actual real men to teach them what that comprises of—learning to play and play hard, learning it is alright to cry for a moment but also learn to wipe those tears like real men do and saddle back up on the horse and ride, and being ashamed about a past is a part of building character because real men are staunch with character created not just by our successes but our failures as well.

Want to understand why men are the way they are today? Look at the society in which we live. Look what is missing and look what needs to be brought back in the lives of young boys aspiring to become real men later in life. Simply put, our boys in America are missing real men in their lives which attributes to loneliness, play deprivation, and shame.