HomeCultureFamilyLiving with a Time Bomb 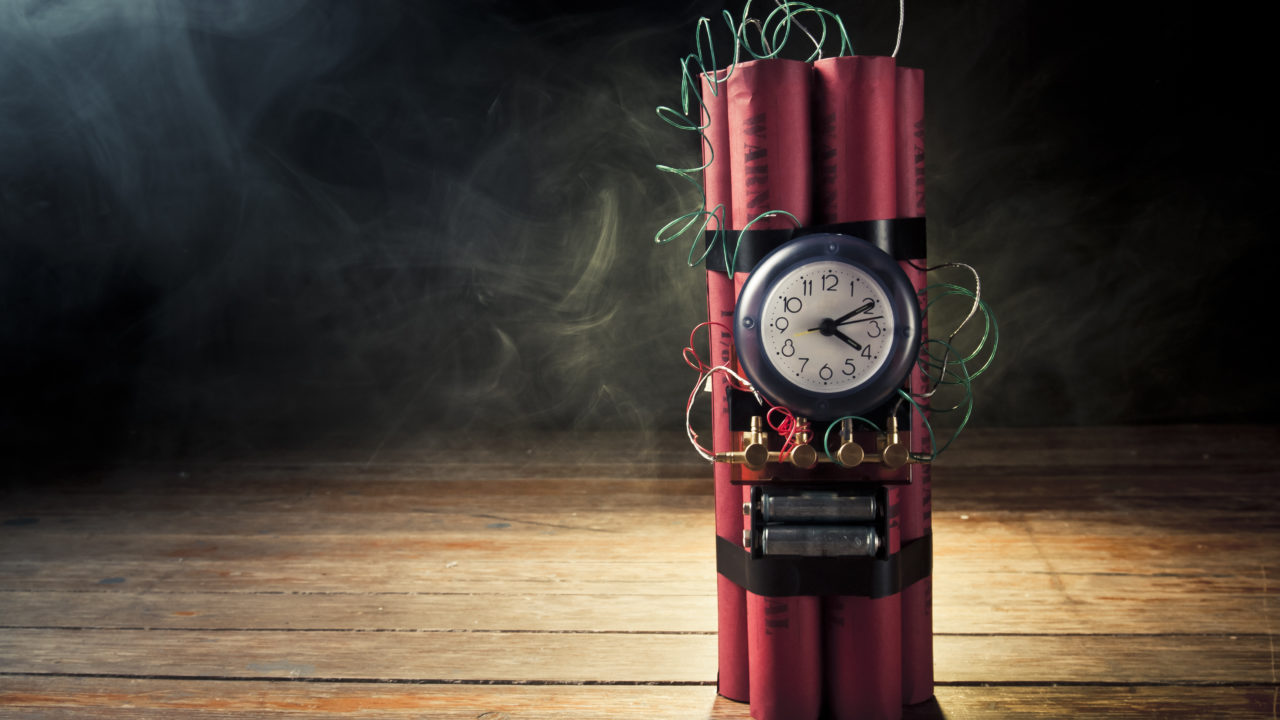 I live with a time bomb. He looks like a regular guy. Maybe a little tightly wound: high and tight haircut, rigid posture, authoritative tone. He can’t go anywhere without scoping out the exits and the people who may pose a threat. He relaxes by going to the gym and by lifting weights that are too heavy. He needs to prove to himself that he still can, despite the pain it causes. Lifting weights, for him, is a socially-sanctioned form of self-injury. The muscles are his armor. They keep him protected from all threats-real or imagined.

I live inside the armor with him and it’s exhausting. It feels like an emotional vacuum. There’s not enough air and not enough light. Most days, I can be the light and I’ve learned to breathe slowly and more deeply so I don’t need as much air. I’ve learned to take care of my own needs rather than run away. I spend time in the sunshine savoring the expansiveness of being outside his walls of armor. I breathe in the fresh air of my own life, knowing that I’m not responsible for his dark moods and irrational fears. I’ve learned not to take the anger and the sullen moods personally.

Only in the past year has my husband begun to work on loosening the ties that he’s wound so tightly around himself. I know it’s terrifying for him to feel vulnerable but I also know it’s the only way to experience being alive. I know he lives with gruesome images seared in his mind. It takes all of his strength to stay tightly wound and not unravel completely. The ironic thing is that he’s clinging fiercely to the very things that scare him. He’s got a chokehold on the ghosts and the memories of abuse that haunt him. You can’t strangle a ghost or erase a memory. You have to release your grip from its throat and allow it to speak. This isn’t something I read in a self-help book. I know it from personal experience.

Our children, now entering adulthood, are just beginning to understand. It’s going to take time for them to forgive the rage that reared its head whenever they dared challenge his authority. He’s an overprotective father who wants to shelter his daughters from the dangers that exist in the world. The dangers that he knows all too well after working in a prison for eighteen years. Ruminating on the many permutations of violence to which his girls might be subjected causes him to panic. And the panic comes out as anger. It’s been heartbreaking to witness this unfold throughout their teen years. I’ll be relieved when they’re out living on their own. I’ll still worry about them, but it will be the rational kind of worry. Not the overbearing, panic-stricken kind.

He isn’t physically or verbally abusive and he isn’t a drinker. Those would be deal-breakers; my lines in the sand. I’ve thought often about leaving and starting over. Giving myself a fresh start where I can breathe freely and live in peace. The thing is, I don’t want to live on my own. I care deeply for my husband and I love the life we’ve built together. I only need time and space to breathe and to get out from under his dark cloud. It’s taken me years to find the courage to take this time and space without feeling guilty. I now realize that these aren’t luxuries but necessities for self-preservation. I also know that if I give up on my husband, he’ll give up on himself and I can’t live with that on my conscience. And so here we are, on the brink of 20 years of marriage.

This first appeared in The Havok Journal on February 12, 2021.

Wendy has been a registered nurse for 22 years, currently works on an inpatient psychiatric unit, and is pursuing a writing career. Wendy is married to a combat veteran who works in a prison. They share some very interesting dinner conversations.