HomeCultureFamilylifeWith COVID, and in Life, It’s OK to Say: “I Don’t Know” 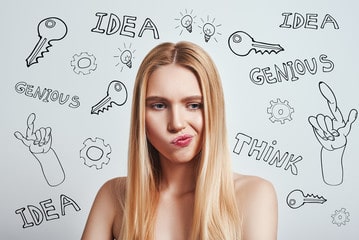 This first appeared in The Havok Journal on April 28, 2020. It’s been a year, what has changed?

A few years ago, the brilliant Nassim Taleb was asked what set him apart in the realm of financial market analysis. He said the difference between him and others was that he gets up every morning, looks in the mirror, and says, “I have no idea what’s going on out there.” And then he builds his position from that point.

Think about that: one of the smartest, most well-read guys in the world says “I don’t know” every morning — about *his area of specialty* — to start the day. Although this sentiment may seem quaint, it’s also lost on many and the antithesis of this has the potential to lead to disaster.

How bad is COVID? I don’t know, as I am not an expert; only that the death rate is, well, pretty clearly horrible based on a basic reading of the data, so it should be taken seriously.

Should everything be locked down? I don’t know, because there are about a gazillion variables that immediately present themselves when you either do or don’t, none of which can be fully calculated.

Should the economy….? Stop right there. No one knows, and history shows us quite clearly that any time we believe that some central group can direct what “the economy” does or does not do, it leads to disaster. Every. Single. Time. It is *because* I’m not an expert in “the economy” that I shouldn’t postulate anything whatsoever about what it should or shouldn’t do, especially over vast expanses (what is good for Anchorage, AK is probably not the same as it is for Miami, FL, oddly enough).

Are the people protesting and counter-protesting the lock-down partisan hacks who only care about money and clearly hate poor people and children? Well, I don’t know about all that, but I do know that if you’re homogenizing entire demographics, in either direction (looking both right and left here), you’ve already lost out on being a “deep thinker.”

The bottom line is, I don’t know and you probably don’t either. And that’s okay.

This, for the record, is directly connected to how I view topics like minimum wage. How much should Mr. X be paid for____? I have no idea. I don’t have access to the financials of the thousands of thousands of corporations who are continually and constantly adjusting to market costs in order to make those decisions — and you don’t either.

These things are rapidly changing when society is clicking along at its normal rate — now? Slap yourself if you think you know what businesses can and can’t do with this current situation.

If I don’t know whether or not my kid is going to finish his meal, clean his room (hint: probably only with a lot of tears), or do his homework; how can I predict massive economic shifts one way or another?

My point is that we are living in a strange, changing time and that there are many jumping up on pedestals saying, “We should do____!!!” who probably have no more expertise in ____ than you or I do, and I can tell you I have no idea.

It’s okay to say, and it leads to a lot of learning.