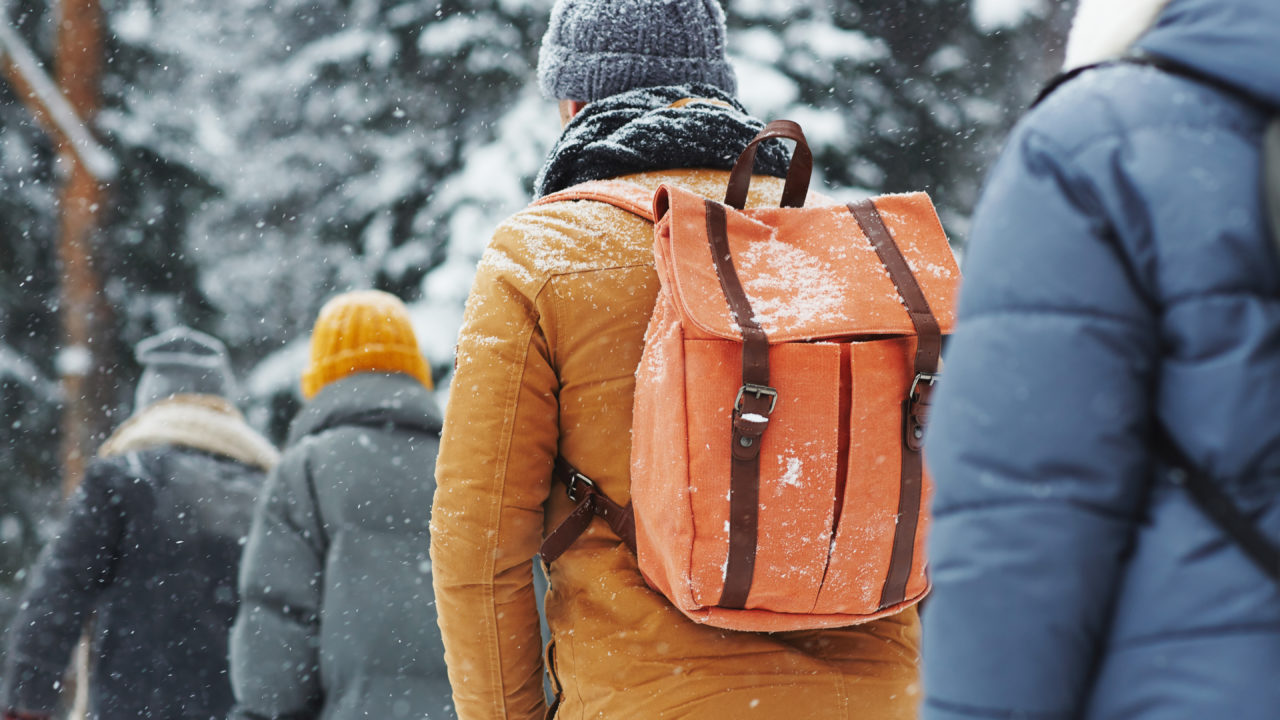 This first appeared in Frank’s blog on March 31, 2018, as “Springtime in the North Country.” It is republished here with the author’s permission.

We currently only have eight people on the Longest Walk 5.3. I have been told that previous iterations of the walk had significantly more participants. Perhaps there were more walkers because the other walks took more southerly routes across the United States. We are traveling along the northern edge of the U.S., and it’s not always pleasant.

We walked yesterday after we arrived in Hays. Hays is a village near the southern end of the Fort Belknap rez. We had originally planned to walk five miles or more on the way to Hays. It is just as well that we didn’t do that. The weather did not cooperate with our efforts.

We were supposed to meet up with members of the local community at 6:00 PM at a crossroads approximately one mile from the high school. We were going to walk to the high school, carrying our staffs and flags. Horsemen were to accompany us. Once we arrived at the school, the people from Hays were going to give us a potluck dinner of epic proportions.

The temperature dropped significantly before we started the walk. The wind picked up and it began to snow. We got into cars and trucks to go to the crossroads. When we got there, visibility was nearly zero and the snow was falling sideways.

We didn’t take any flags on this march. Bobby and Chief took the eagle staffs. Kid carried the chanupa (peace pipe). Tyler carried the carved wooden staff from the Yakima tribe. Jeremiah drummed and sang. I just trudged along near the rear of our small contingent.

There was one local kid who walked with us. He was only wearing a wind breaker. No gloves. No hat. That boy was freezing. A young woman took off her own winter coat and draped it around his shoulders.

I was cold. I come from Wisconsin, so I am no stranger to frigid weather, but this storm was nasty. I could feel my beard begin to frost up. I started to grow snot-icicles around my mouth and nose. Everybody else to feeling it too. It was a short walk, but a brutal one.

Tony was taking photos as we walked toward the school. He looked at me, as the wind was whipping my beard around my face. Tony laughed and yelled, “Viking! Frank, say something in Viking!”. Sadly, I don’t know any Nordic languages, but  I could have made some heartfelt comments in German.

We arrived at the high school, frozen through and through. The hot food was very welcome.

I walked again this morning on my own. The mountains and hill’s were covered with snow. Cattle grazed on a hillside near the school. I could see my breath as I walked. It’s still cold, really cold.I don’t expect us to get any new walkers for a while. I think that we will remain a small, tightknit group until spring comes to the north country.