HomeCultureFamilylifeTaxation is Theft! Or… Is It? 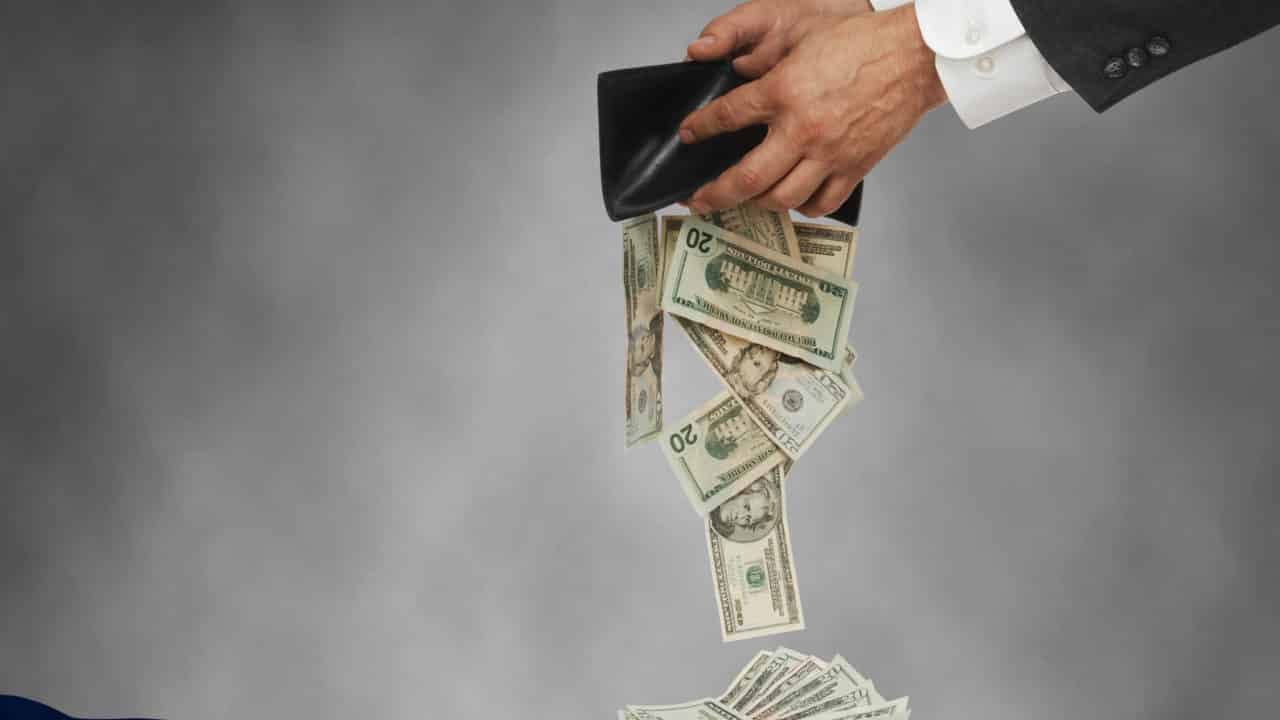 There, I said it. I’ve outed myself as a libertarian, despite my reluctance to do so, given my abhorrence for most labels.

The thing is, I’ve heard every argument out there as to why taxation isn’t theft, but to me, they fall apart at the most basic levels. Let’s review just a few of them:

“We need all the stuff that taxes provide, as it is necessary to a civil society.”

Although this may ultimately be true, it is a non sequitur to the question of whether or not taxes are a form of theft. If a child is hungry, they need to eat—but that does not mean that their parents sneaking into someone’s house and raiding a pantry without permission isn’t theft. It’s still taking something owned by someone else without their permission.

“We grant permission to the state to take the taxes, so therefore it’s not theft.”

This has some partial truth to it, but only to a point. The “permission” we grant is never actually granted by any means other than our actual existence.

For example, let’s imagine the hungry child again, but this time their parents come and ask you, “can we raid your pantry?” If you say yes, you are granting explicit permission; if you say no, then that permission was denied, and any action toward taking food from your pantry is subsequently rendered under the category of theft by nearly all rational adults, even if the child is hungry.

But in the societal framework of granting or denying permission, nothing like that ever occurs between the government and the adult entering the workforce. No one asks, “may we take X% of your paycheck to use for invading foreign countries and Medicaid?” There is never an option to opt-out, other than “well then you can leave and live somewhere else!” Being born in a particular geographical location does not strike me as a substantial or logic-based reason for the appropriation of funds against someone’s will.

“It’s part of a social contract.”

With hat-tips to Hobbes and Rousseau, this is essentially the modern stance against the idea that taxation is theft, with the argument going that in order to escape man’s State of Nature, we must organize into cooperative groups, without which we would be continuously engaged in caveman-like battles with one another. As a result, we—with “we” being implied to mean “reasonable people”—implicitly agree to this social contract, part of which is the taxes necessary to maintain a civil society.

Aside from some interesting a priori stances and the question-begging that follows, my chief problem with this position is that this isn’t like any kind of “contract” that “reasonable people” agree to in any other walk of life. Think about the other contracts that govern your life—car and home loans, marriage, military service, etc.—and ask, are any of them assumed just by existing in a certain geographical location? Do any contracts work the way this “social contract” is supposed to?

My second issue with Hobbes is the a priori of believing that man is essentially a raving mad-man without this social contract in place. When combined with the mixture of Natural Law and some odd moral relativism, Hobbes’s theory comes across like Calvinism on acid—and yes, it just occurred to me that Calvin and Hobbes just got way more interesting as a cartoon strip after that last sentence.

This is where this topic gets really interesting, and why I posed the question in the title like I did. As we get deeper into these concepts, we transcend political theory and jump headlong into metaphysical philosophy.

Imagine me stating that taxation is theft and someone replying with the simple question, based on what? At first, it seems pretty simple: when things are taken from people against their will, it is theft. Okay, sure, that’s straightforward enough. But let’s say the person continues: but who sets the standard for what “theft” is? Or who defines what someone’s “will” is? If we are all evolving out of this State of Nature, doesn’t that imply that the standard for what is and is not theft evolves right along with us?

Herein lies the roots of post-modern progressive relativism—reality is what I say it is because I’m the most evolved member of the species and the pinnacle of millions of years of evolution, ergo how can anyone from thousands of years prior to me tell me what is right and wrong? So if I say that “society” needs what you have, who are you to tell me it is theft?

For those who have never read The Brothers Karamazov, this was a big part of Dostoyevsky’s philosophical problem. Who defines right and wrong in the society we are currently making? If it is just an ever-evolving and changing construct, then are concepts like moral infringements ever absolute?

Of course, this is not a new problem and one that philosophers have wrestled with for a long time. But I’d like to posit something in relation to this that opens up a much broader framework for this discussion, and hopefully confuse everyone in the process (including myself).

If I a person who did not believe in any kind of higher power outside myself and trusted only that we are merely atoms randomly assembled by chance, I would approach this whole question differently. I would see this as an issue for what is of immediate benefit to the species at best, and most likely what is of the best benefit to me and my immediate tribe, but no further.

But I am not that person; rather, I am an Eastern Orthodox Christian (the only label besides “husband” and “father” I accept for myself) who appreciates the realities of free will, time (in multiple versions), and space over the vast expanse of God’s creation and how I interact with it. In light of that, I can see absolute moral truths—such as theft being wrong—in relation to the reality, we occupy, with an understanding that this is not my kingdom. The government I live under is here for a reason and although I have to interact with it, it certainly doesn’t define me or represent me in any real sense.

To put it another way, anyone who identifies with Christianity should understand that whatever government they live under is but a temporary power, whereas they are ultimately beholden to a timeless and transcendent one.

Moreover, I understand that, from this position, what is of far more importance is showing compassion to those around me and having an understanding of the realities of our time. When Jesus was asked about taxes, his response of “render unto Caesar” was not an endorsement of what Rome was doing, but rather an appreciation for the realities they occupied and a rebuke of the thought process that Jews in Roman-controlled Palestine were going to fight a physical revolution. They were seeking a physically martial Messiah, but he went far beyond that in too many ways to discuss here.

To put a fine point on it, I can affirm that taxation is philosophically theft in nearly every way I can imagine, but it doesn’t actually matter because of realities that far transcend normal philosophical reasoning. And yet, it is that very same transcendent reality which enables me to define moral rights and wrongs—an approach that is rather difficult from any non-transcendental worldview (and admittedly somewhat paradoxical).

So, while I can say, “yes, taxation is theft,” I can also appreciate that taxation is a reality that is not changing any time soon, and is ultimately inconsequential to me. There are of course different levels of this argument—I can see far more justification for taxes going to local police than I can to fighting a war on a foreign continent, for example—but they ultimately hinge on realties that the very methodology most effective at avoiding relativistic ethics is the same one informing me that this is what is. I have to live in it as it is, not as I see it should be.

This is why John Locke’s argument was inevitably more robust than was either Hobbes’s or Rousseau’s—his better understood Natural Law theory and the metaphysical nature therein, while incorporating private property in a way that we, unfortunately, seem to be moving away from. But here again, is an example of a theory beholden to an overarching law that transcended man and his temporary whims. While it depends on individuals giving over some autonomy to an authoritative body for the purposes of temporal adjudication, it does so with the understanding that there is a cosmos-driven reality superseding it.

All of this can go in a thousand different directions, of course, and there is far more nuance required than can be provided here. But this offers a starting point for broadening the scope of this question and digging in from areas not usually employed while discussing this topic, which is my entire goal.

On that note, a closing thought. Income tax in the United States was not only frowned upon but widely accepted as unconstitutional until 1913. A good portion of the push to adopt an income tax came from a desire to fight bigger wars as well as our own special American-brand of Progressivism (see: the Progressive Era and all its foibles).  The first personal income tax came for the purpose of funding the Civil War, which, in light of Constitutional realities, probably should never have happened. In 1895, the Supreme Court ruled (Pollock v. Farmers’ Loan & Trust Co.) in a way that essentially made income tax unconstitutional until the ratification of the 16th Amendment (1913).

So my final inquiry to you, dear reader, is this: was income tax morally wrong in the 19th Century but not the 20th? Was it always wrong but then suddenly became right, or was it always okay, only becoming not-okay in the eyes of 19th Century Americans, only to have that rectified in the 20th? Is it something that has to be re-decided with every generation or is there an overarching moral absolute attached to this? Of course, these are points specific to income tax, but I’m sure you can see how they relate.

I’m not pretending this is as easy as stating “taxation is theft!” as I did at the beginning (suckers!). It is a deeply complicated subject that can’t be solved with catch-phrases, because the very methodology we use for defining terms is intrinsically linked to their application, so just the terms in the titular sentence are, in fact, metaphysical in nature.

It may be, then, that it can’t ultimately be defined. But what I can tell you is that I’m pretty confident in stating that the government taking part of my income to fund stuff like this is absolutely 100% theft and I defy you to tell me it isn’t.